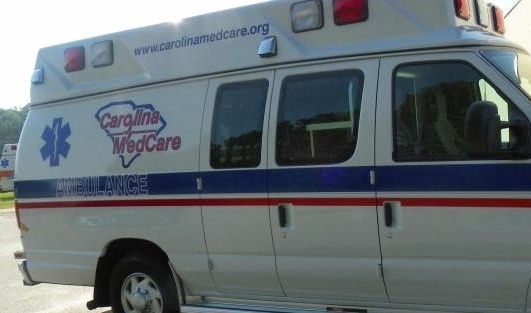 South Carolina made the national news again this weekend … and not in a good way.

Several national news outlets have picked up this local story from WCSC TV 5 (Charleston, S.C. – CBS). It’s the tale of 51-year-old Dorchester Country resident Audrey Ferguson, who has been using county ambulances (and the first responders who staff them) as her personal taxi service for the last seven years.

“She’ll have a vague medical complaint, for instance abdominal pain,” Dorchester County EMS director Doug Warren told the station. “She has medical complaints that are legitimate, and so until she’s been evaluated and determined not to be sick we have to assume she is.”

Of course Ferguson’s modus operandi involved checking herself out of the hospital prior to being evaluated. More than 100 free trips later, somebody finally got suspicious … and she was arrested last week for unlawful use of 9-1-1 and filing a false police report.

The tab for her free rides? More than $400,000 – and that’s not counting the Medicaid portion of the payments.

Mark Sanford Could Still Win? What?