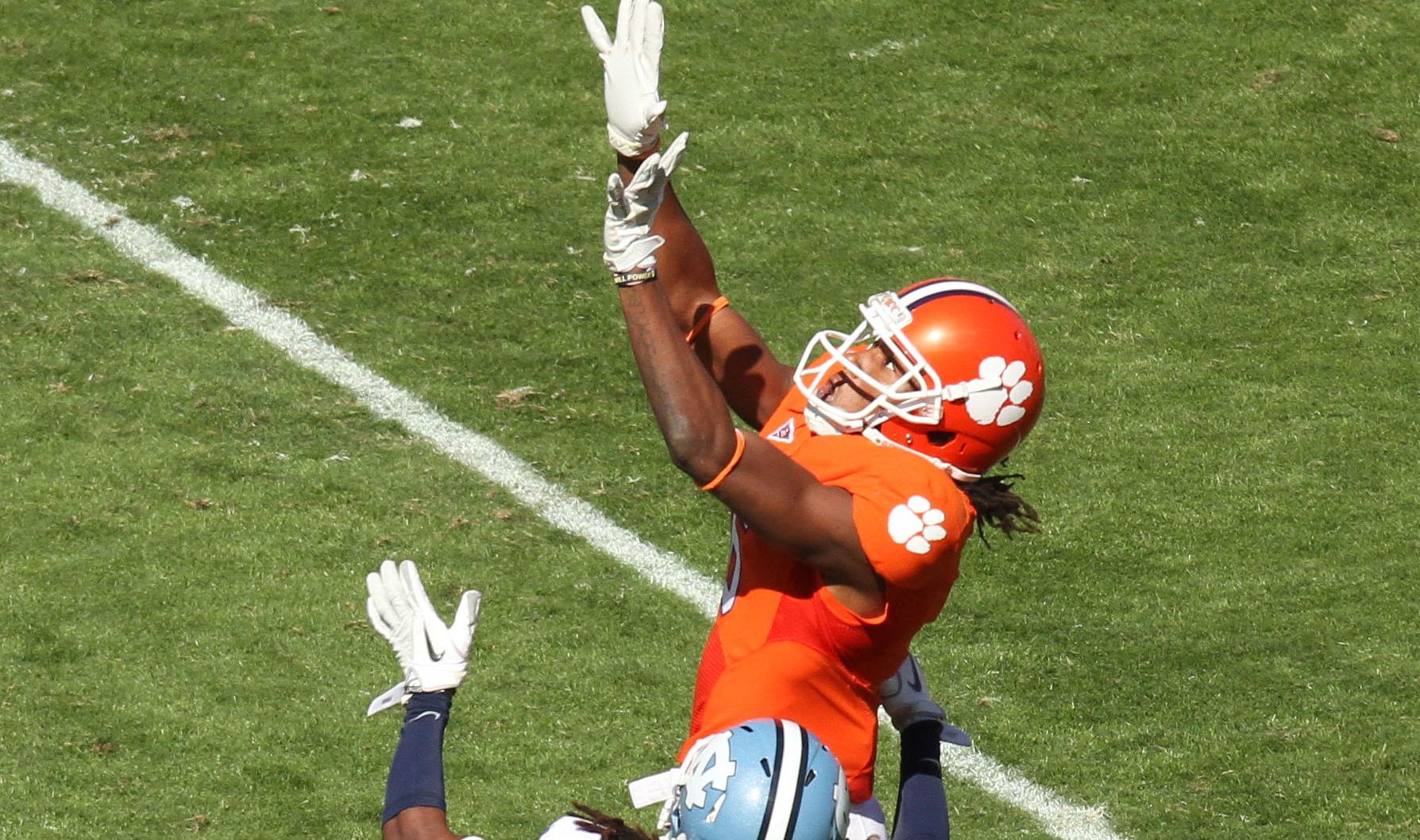 The speedy wideout – who holds the Tigers’ career receiving yardage (3,009) and touchdown reception records (27) – was selected in the first round of this week’s NFL draft by the Houston Texans.

After spending the 2011 season in the shadow of freshman All-American Sammy Watkins, Hopkins exploded in 2012 – catching 82 passes for 1,405 yards and eighteen touchdowns (all career highs). Those eighteen TDs also set a new Atlantic Coast Conference record.

Viewed by draft analysts as one of the best routerunners in the incoming class, Hopkins is expected to compete for playing time right away in Houston opposite six-time Pro Bowler Andre Johnson.

He also says he hopes to learn from Johnson.

“He is a guy I’ve looked up to since he’s been in the league,” Hopkins told The Houston Chronicle.

The Texans have shown improvement in recent years under eighth-year head coach Gary Kubiak. The team has won back-to-back AFC South championships and advanced to the AFC divisional round in the playoffs in each of the last two years.