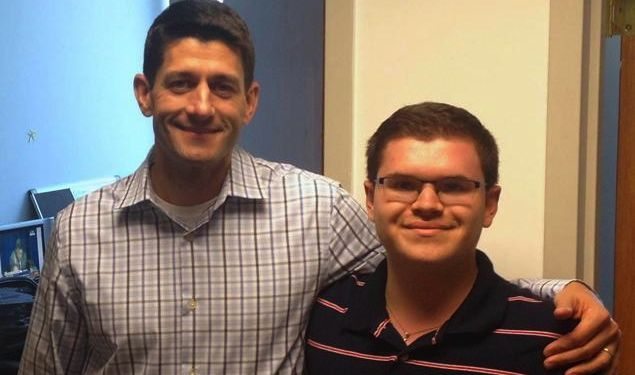 “Pimping ain’t easy,” and apparently neither is being a “Republican” intern …

Take the curious case of 21-year-old former GOP intern Adam Savader, who was arrested by the Federal Bureau of Investigation (FBI) this week on charges of internet exploitation and cyber stalking.

“Savader sent some of the victims links to a photo-sharing website where nude pictures of the victims had been posted,” the FBI release announcing Savader’s arrest added.

Why does anybody care about this creeper? Well, Savader was (actually still is) self-identified on his Twitter bio as “formerly @PRyan’s sole intern on @MittRomney’s campaign and a @newtgingrich campaign staffer.”

For those of you who don’t speak Twitter, that means he was working directly for U.S. Rep. Paul Ryan – Mitt Romney’s vice presidential nominee – prior to working for the campaign of former U.S. Speaker Newt Gingrich.

He also fashions himself as an “American Patriot” and a “Reagan Republican.”

Really? From Naked DC, there’s this …

Wow … talk about creepy as hell. Savader, who is currently incarcerated in New York pending extradition to Michigan, faces up to five years in jail for his antics.

Obviously when it comes to “Republican” women spreading their legs there is plenty of material out there to work with. But that doesn’t justify extorting them for your own jollies.

“There is a lesson here about the perils of the digital age: Anything you put on the Web – even uploaded to private accounts – can be accessed, if someone with enough skills really wants to get to it bad enough,” writes The Other McCain. “And naked pictures? Yeah, don’t do those. Ever. Because that boyfriend you’re sending them to may not be your boyfriend forever.”

That’s sage advice, ladies … however if you choose to ignore it here is our founding editor’s email address.