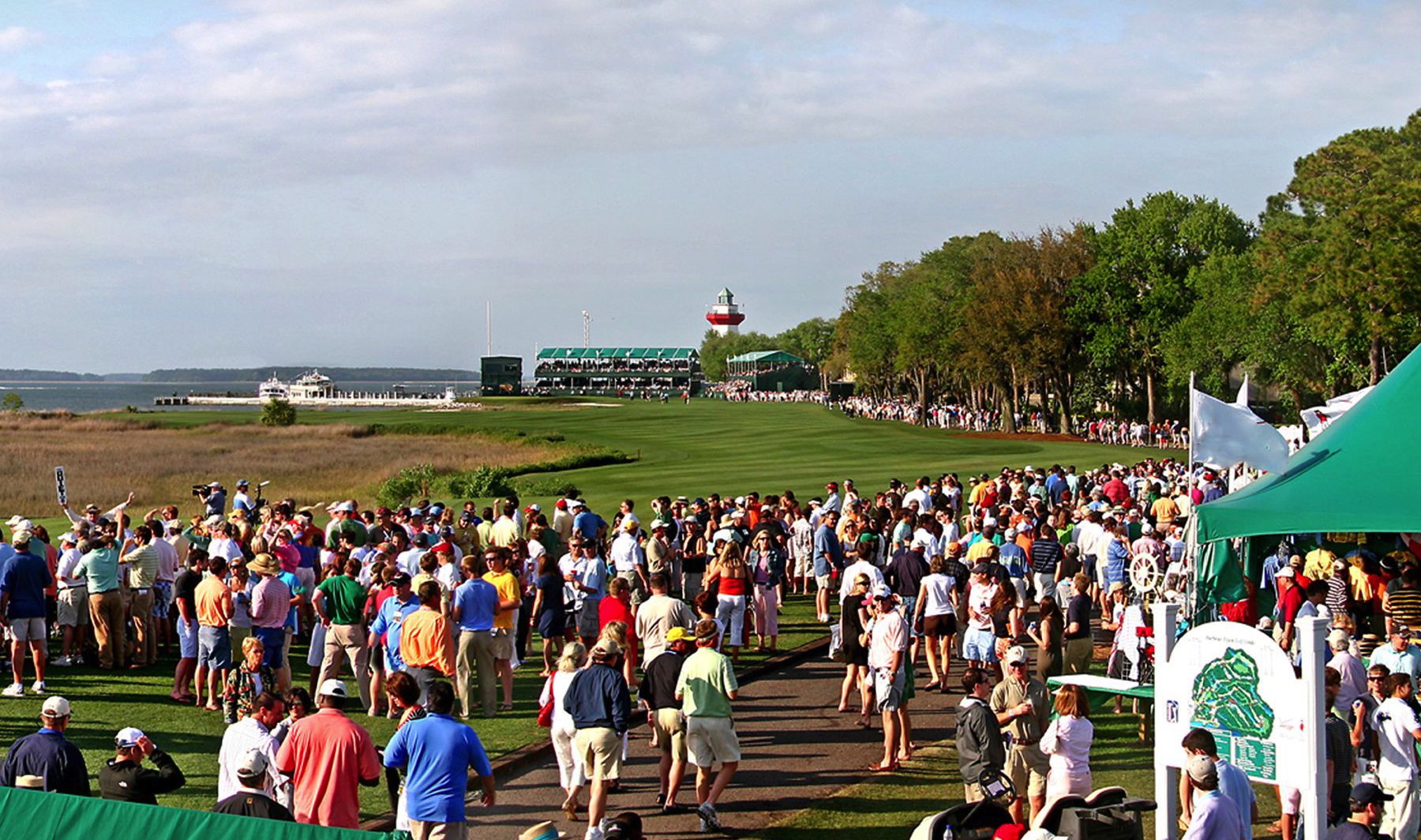 WHEW … catch all those names?

What’s not hard to track, however, is the failure of this tournament (whatever it’s called) to attract golf’s top talent year-in, year-out.

As usual Tiger Woods isn’t playing … in fact he hasn’t participated in this tournament since 1999. Who else is skipping? Rory McIlroy, Adam Scott, Justin Rose and Phil Mickelson, to name just a few. In fact seven of the world’s Top Ten players (and fifteen of its Top 25 players) are taking a pass on the Heritage – in large part due to its unfortunate placement on the PGA schedule.

Since 1983, this tournament has been held the week after The Masters – golf’s most prestigious event. As a result, most of the world’s best golfers take the week off.

Who does show up for the Heritage? South Carolina politicians, who attend the tournament en masse (usually without their spouses). In fact we’ve already received several tales of their drunkenness and debauchery … although anyone who’s followed this crowd around the S.C. State House will tell you that’s “par for the course.”

Anyway, we want the Heritage to succeed. We really do. And we applaud the work of local leaders like Steve Wilmot and Simon Fraser – who secured title sponsorship for the Heritage (thus preventing “Republicans” in the S.C. General Assembly from shelling out tax dollars to sponsor the event, which they were about to do). But until the Heritage gets a new time slot, the tournament will never lure golf’s greatest players. And until it does that, it’s going to remain a non-event for everybody but drunk Palmetto politicos.

@fitsnews the layout has to do with it too, IMO. The fairways are super narrow and the greens are tiny – keeps the long hitters away