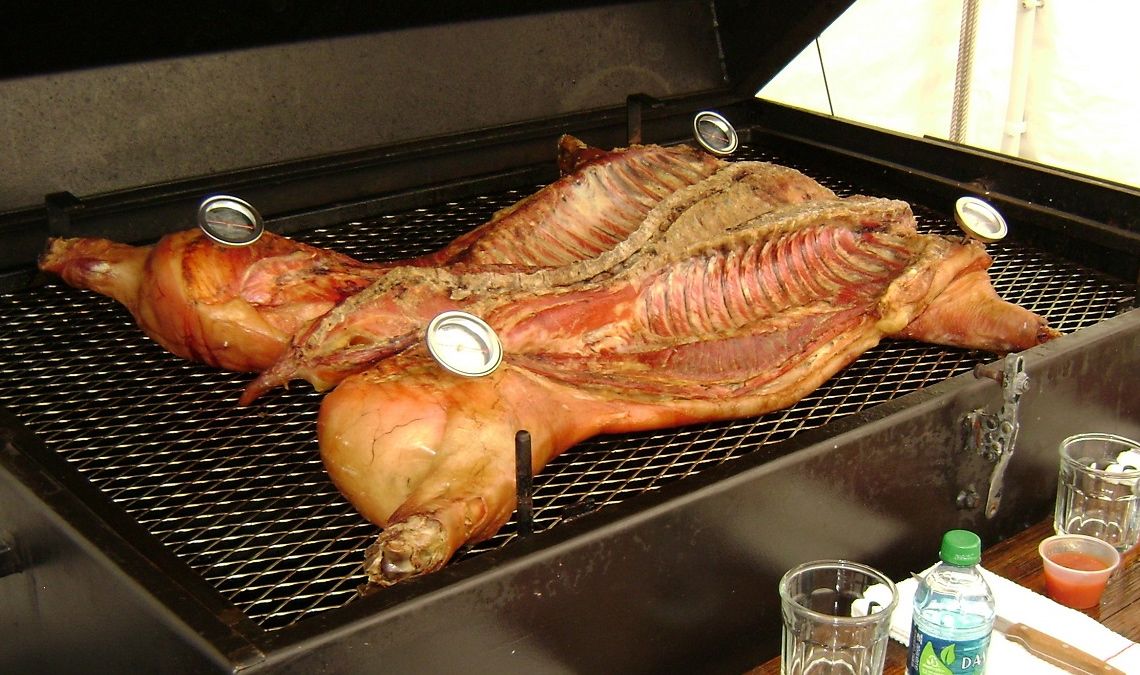 Remember “Pork” and “Barrel?” Our founding editor Will Folks (a.k.a. Sic Willie) certainly does. Joined by a S.C. Department of Natural Resources (SCDNR) officer, Folks picked up these two adorable little piglets from a farm in Lexington, S.C. and delivered them – stinking and squealing – to the South Carolina State House on May 27, 2004.

Why? Because then-S.C. Gov. Mark Sanford wanted to make a point about wasteful spending – and needed a pair of

In fact he even called Folks on the way to the farm to make sure he selected the piglets which were making “the most noise.”

Awesome … well right up until the part where Pork (or was it Barrel?) decided to release their bowels

Anyway, the “Pigs at the State House” stunt may have cost Sanford dearly with lawmakers, lobbyists and other insiders, but it was public relations gold.

During an appearance on MSNBC’s “Morning Joe” program, Sanford revealed what happened to the two piglets.

“Unfortunately, they were barbecued,” Sanford said. “They were great little guys … I hate to let you in on it.”

“It turns out the metaphor eventually became a meal,” the website Talking Points Memo noted.

Sanford – who handily defeated “Republican in Name Only” Curtis Bostic in this week’s GOP first congressional district runoff election – faces Democrat Elizabeth Colbert-Busch in a special election on May 7. And while the first district is solidly Republican, recent polls show Colbert-Busch with a slight edge over Sanford.