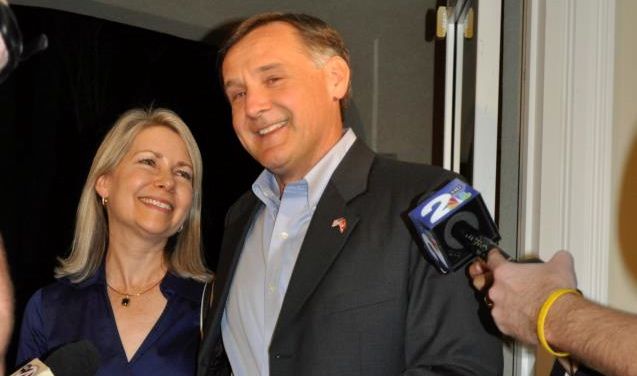 First of all let’s state the obvious: It was crazy stupid of former S.C. Gov. Mark Sanford to criticize anybody on the issue of public sector attendance.

The guy who ditched his state for the Appalachian Trail … err, some Argentine tail … has absolutely no room to talk on this front. And he absolutely should have known better than to bring it up.

Of course we said all that in a previous post … this post is about Curtis Bostic, the candidate who was on the receiving end of Sanford’s criticism. Bostic has been making political hay of Sanford’s charge, pointing out that his wife had cancer – and that staying “home” with her was the reason he missed so many meetings during his time as a big spending liberal on Charleston County council.

“My absence is because I was home taking care of her largely, doing what I should’ve been,” Bostic said during a recent debate.

That’s a damn good excuse … but is it legitimate?

Obviously we’re not disputing the fact Bostic’s wife had cancer (she’s had it twice, actually). But were his absences really related to her care?

Obviously cancer is no joke, and while Charleston, S.C. is home to a National Cancer Institute-designated cancer center – we can understand if treatment of his wife’s disease required him to travel out of town, out of state or even out of the country.

But is that what happened here? Or is Bostic using his wife’s cancer as cover? We’ve already busted Bostic in one flat out lie recently … could this be another?

FITS reached out to Bostic’s campaign seeking answers – as we’ve done in the past on various issues – but received no response.

Sanford and Bostic square off this week for the GOP nomination in the first congressional district – which was vacated earlier this year by newly appointed U.S. Sen. Tim Scott. The winner will take on Democrat Elizabeth Colbert-Busch in next month’s special election.