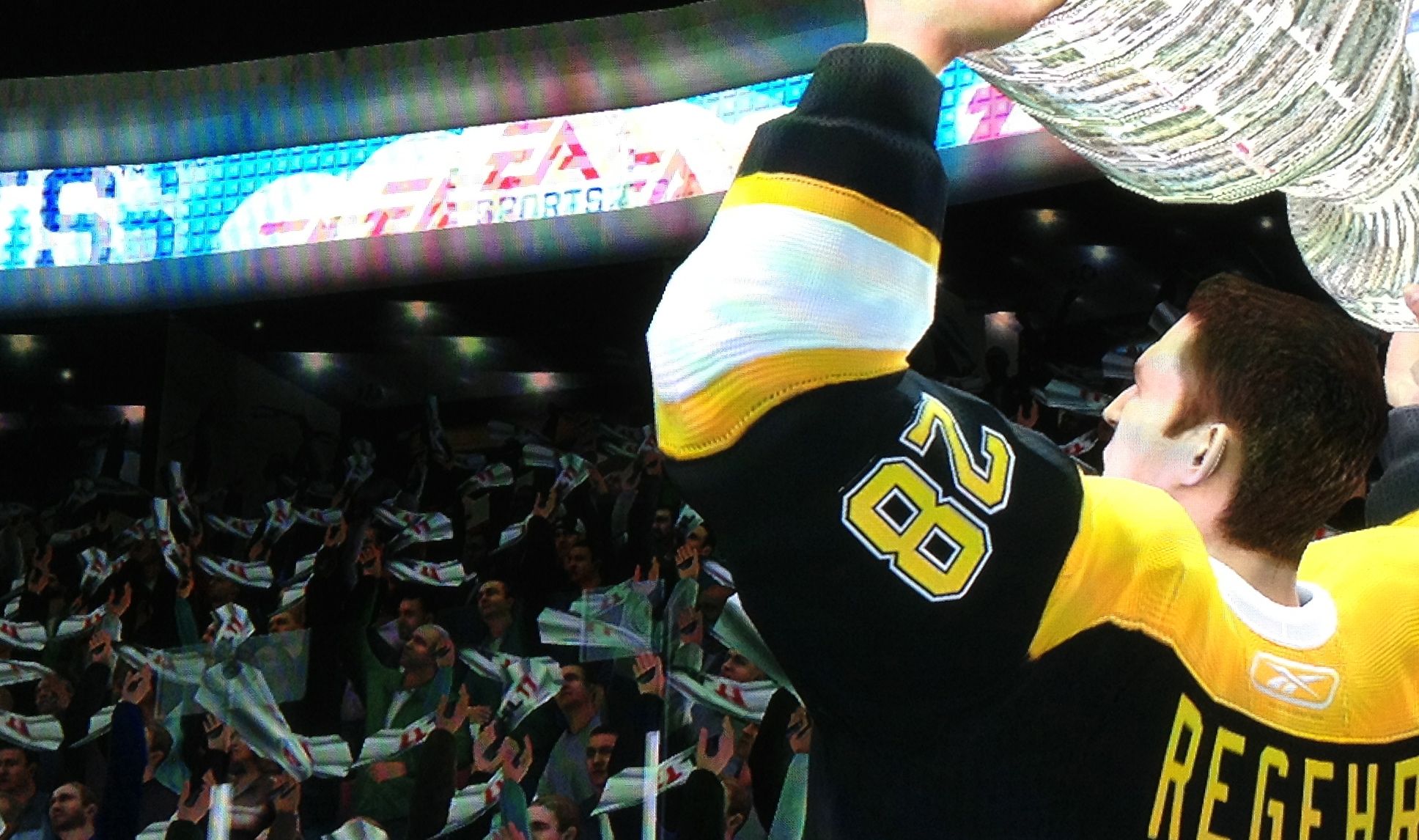 Is this achievement worth writing about? Hell no … we’re publishing this because we were ordered to do so.

Seriously, people … this is a video game. In fact it’s a three-year-old video game (which is like ninety-nine years old in video games years). EA Sports – which makes the NHL 11 title Sic Willie plays – has already disconnected the game from its online servers. Which means it’s dead.

Anyway, Sic Willie cheats the game by creating his own artificially superior players and removing salary cap restrictions – making it impossible for other teams to outbid him whenever top free agents become available. That’s why his roster more closely resembles that of an All-Star squad than a normal team  …

Additionally the game’s controls are far too complicated for Sic to use manually – forcing him to engage the game’s “auto-aim” feature (among other “cheat” methods).

Exactly. But because he is the ruler of all he surveys around here, “all hail Sic Willie, four-time Stanley Cup champion” (cough “loser”).