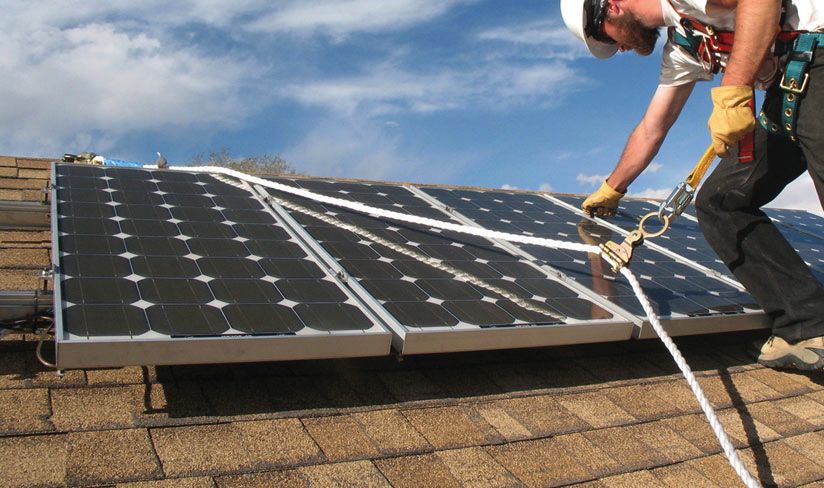 We’re all for solar panels – and all “alternative” forms of energy production. We don’t necessarily buy into the whole global warming theory, but we do think humans have an obligation to be good stewards of the planet they’ve inherited.

Solar power and other clean energy sources provide us with ways to be good stewards … not to mention solar is an energy source which is abundantly available at a time when energy consumption is at its highest.

Again … fine by us. Of course while we embrace clean energy, we do not support taxpayer subsidies for solar provides (a la Solyndra) nor we do support energy tax hikes which go to fund an unwieldy, unaccountable environmental bureaucracy. Alternative energy sources need to be market-driven – and there is no greater big government scam than the notion of “green jobs.”

Speaking of the free market, it currently costs an estimated $32,000 to install a residential solar system – an investment which pays for itself in about five or six years. Recognizing the potential for profit, solar companies are looking to set up shop in South Carolina – hoping to take advantage of stacked state and federal tax credits which would enable them to recoup more than 55 percent of the installation costs.

There’s a problem though … South Carolina’s state-owned public utility (that’s right, our state runs a friggin’ utility company) and the electric cooperatives it powers are fighting them tooth and nail. Why? Because they don’t want to lose customers, naturally.

In fact the cooperatives and their bought-and-paid for politicians – like S.C. Rep. Bill Sandifer (RINO-Seneca) – are pushing hard against legislation which would allow third parties to take advantage of these credits.

Hmmmm … we’ve got to be honest: We’re more than a little bit confused here. In a battle between a subsidized industry and a government-run industry, who should the taxpayers support?

According to solar proponents, the state-owned utilities are fighting for “the preservation of electric monopolies in the face of evolving technologies, falling prices, and innovative financing mechanism which are attracting significant private capital investments.”

That’s true … but it’s easy to get investment when you only have to pay 45 percent of the cost, right?

What’s a taxpayer advocate to do …