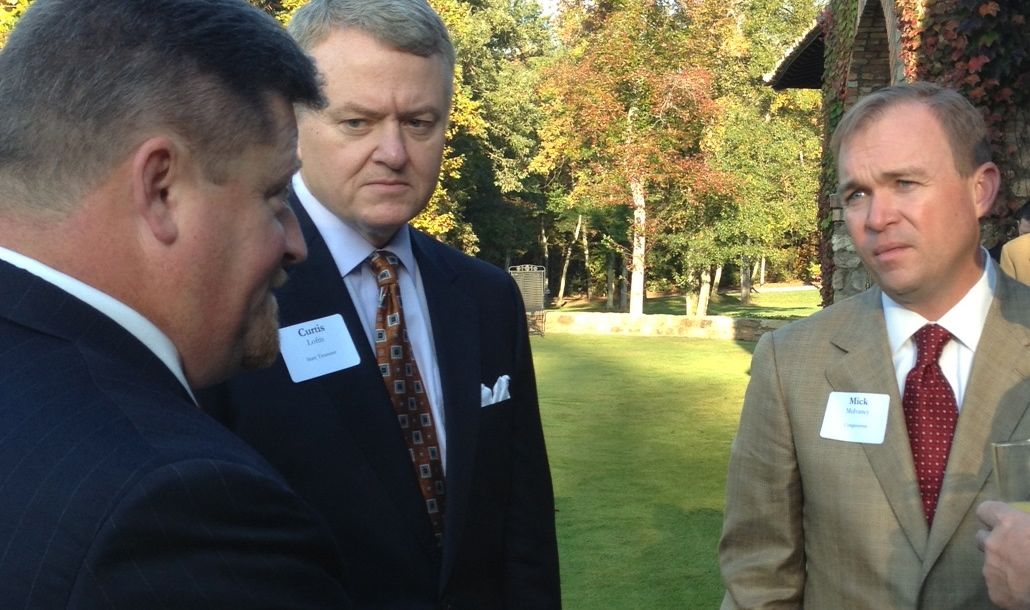 S.C. Treasurer Curtis Loftis has a $175 million point he’d like to make about the Palmetto State’s pension fund …

What is it? The S.C. Retirement System Investment Commission (SCRSIC) – which manages this fund – is continuing to produce sub-par returns for retirees compared with other government pension funds. Even as its managers tout “big gains …”

“Our fund performs in the bottom third compared with our peers,” Loftis noted this week. “That low performance is costing us big money. By being below average, South Carolina is leaving $175 million on the investment table.”

The pension fund posted a 12.4 percent gain in 2012 – basically recovering its losses from the previous year. But as Loftis points out the fund is still trailing both the broader market as well as other pension funds – which he attributes to its excessive fees and disproportionate reliance on “alternative investments.”

Since taking office in 2011, Loftis has been a champion for transparency and accountability with regard to this corrupt mismanaged bureaucracy. In fact he’s been such an effective a critic that the fund’s managers tried (and failed) to politically assassinate him a year ago – with the help of S.C. Gov. Nikki Haley (one of Loftis’ rivals) and former S.C. Sen. Greg Ryberg.

Meanwhile the SCRSIC’s leader – Reynolds Williams – is facing investigation by both the S.C. State Law Enforcement Division (SLED) and the S.C. State Ethics Commission (SCSEC) for a slew of alleged self-serving deals. In fact Williams would have been booted as chairman of this fund had he not cast the deciding vote to save his own skin last year.

Loftis, as has been his custom, is making sense.

“I believe if you’re going to tell a story, tell the truth and the whole truth,” he says. “Leaving out important details like our fund is underperforming its peers and paying some of the highest fees in the country is simply unacceptable.”