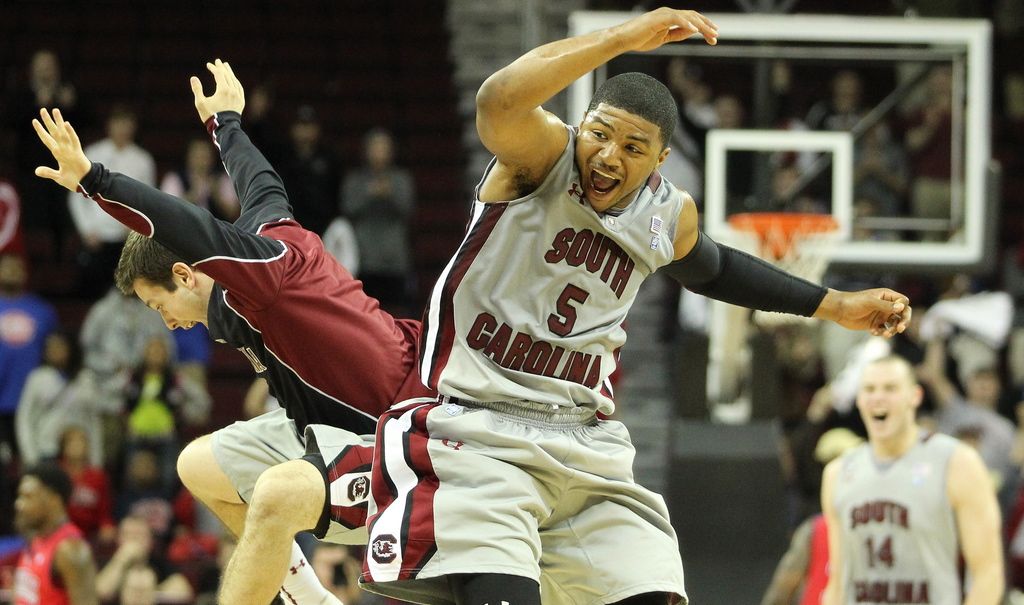 There hasn’t been much to cheer about in Frank Martin’s debut season as the University of South Carolina head men’s basketball coach. After a decent start against a weak non-conference slate, the wheels came off when Southeastern Conference opponents came calling.

That’s pretty sad when you consider the SEC (with the notable exception of Florida) isn’t any good this year.

After a 2-10 conference start, Martin’s team actually slipped below .500 this week when Ole Miss – one of the top teams in the conference – rolled into the cavernous Colonial Life Arena.

Another loss, right? Amazingly, no …

Junior guard Eric Smith nailed a three-pointer with less than a minute to play to give the Gamecocks (13-13, 3-10 SEC) a thrilling one-point win over the Rebels – who coughed up a six-point lead in the game’s final five minutes. By the way Smith’s game-winning shot came after senior forward Lakeem Jackson pulled down a hard-fought rebound on a missed shot by two-sport star Bruce Ellington.

So props to both Jackson and Smith for their clutch efforts …

The only problem with this (rare) happy ending for USC hoops? Only 7,721 fans attended Wednesday night’s game (if you trust USC’s attendance figures).

Can anybody say “tree falling in the woods?”

Oh well … nobody expected much from Martin in his first year at the helm in Columbia, S.C., and he hasn’t produced much.

However this is the sort of win which builds the confidence of his players and should help put a few more “butts in seats.”