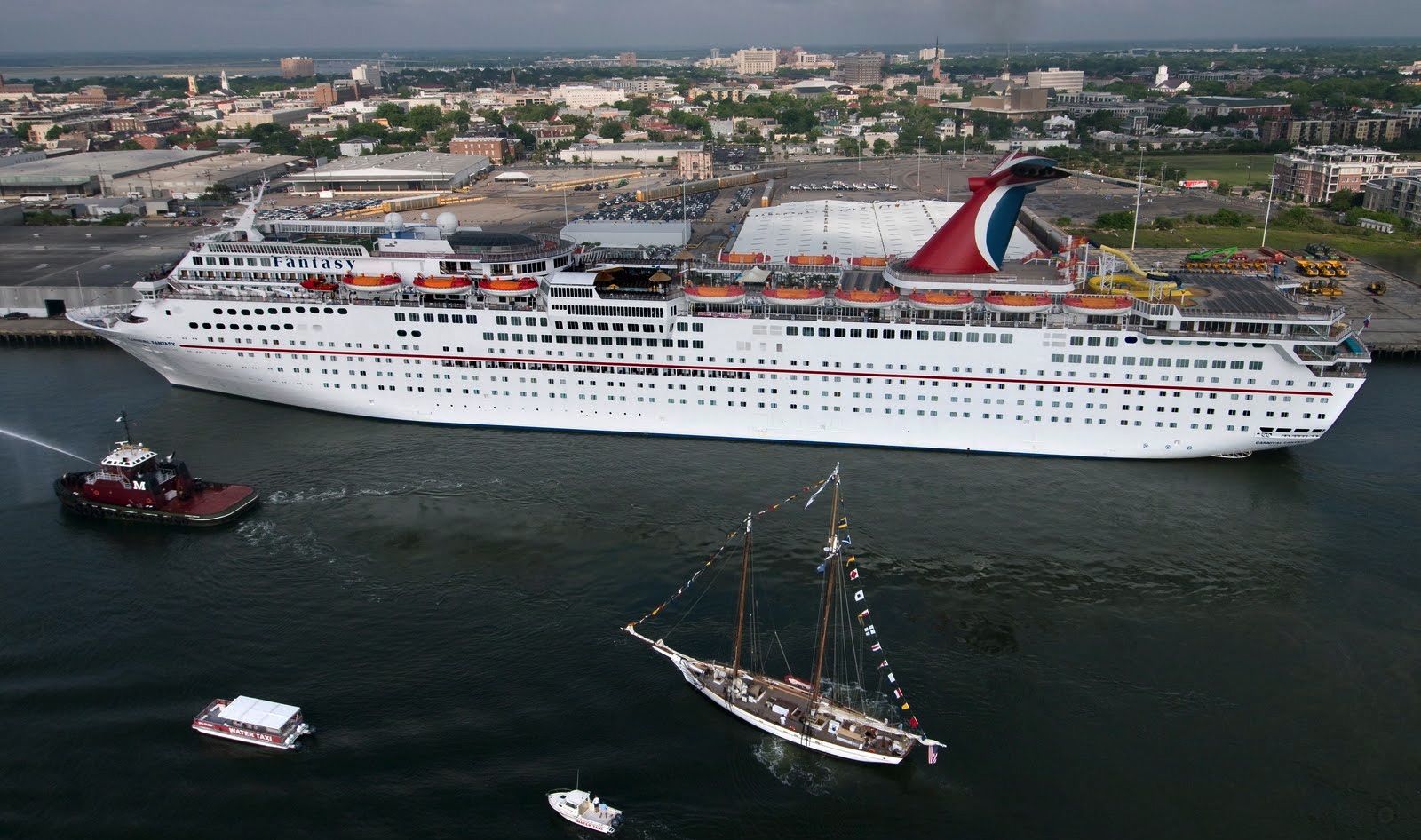 We addressed the cruise ship war raging in Charleston, S.C. last summer … and haven’t mentioned it since.

Why not? Because it’s boring. Even when tart tongues like ours weigh in …

In pursuit of this effort these peninsular aristocrats have employed a revolving set of arguments. The first argument was that one of these Carnival cruise ships killed a whale – although it was later determined the whale was dead before the ship hit it. Next the Downtowners claimed the ships were discharging poo in the harbor – although it was later determined no violations of this sort had occurred (i.e. no “chode encounters of the turd kind”). When that didn’t work, these South-of-Broaders claimed the ship’s smokestacks were belching soot on downtown Charleston piazzas and ruining certain folks’ afternoon mint juleps – which is curious considering the fuel burned by Carnival is cleaner than ever.

Anyway, a special judge has recommended dismissing eight of the ten claims against Carnival – and the S.C. Supreme Court is expected to rule on those recommendations any day now. Meanwhile the S.C. Coastal Conservation League (SCCCL) – which is carrying the Downtowners’ water on this issue – has sued to block state and federal permits for the new facility, which is being paid for with public revenue bonds.

Obviously we object to even one cent of taxpayer indebtedness going toward any sort of terminal – cruise, container or otherwise.

“Government shouldn’t be involved in any facet of the cruise ship business,” we wrote last summer. “Our state should be seeking to leverage private capital for projects like this … just as it should be leveraging private capital to pay for new container traffic infrastructure.”

Our views on that front haven’t changed.

Having said that, attacking the existing cruise ship business coming through Charleston Harbor makes little sense to us.

According to maritime industry sources, most “cruisers” are from North Carolina or South Carolina – a.k.a. “driving markets.” And they’re usually just embarking/ disembarking. As for passengers from other parts of the nation/ world coming into Charleston, we’re told they account for less than 10 percent of all visitors to the region each year.

According to the SCCCL, however, these visitors come with a price.

“With the continued increase in cruise operations and their associated impacts, we have serious concerns for which we have proposed simple, balanced solutions to help mitigate the negatives,” SCCCL attorney Katie Zimmerman tells FITS. “A binding cap on the number and size of cruise ships visiting Charleston is important, and also equitable, particularly when one considers how the rest of the tourism industry is limited in Charleston.”

Zimmerman also says the cruise ships need to use shorepower while at berth as opposed to continuing to run their main and auxiliary engines.

“Investment in and installation of shorepower for the homeported cruise ship to plug in, rather than idling for ten hours per visit and spewing harmful, cancer-causing pollutants into our heavily-populated downtown, is a must,” she says.

Both sides expect to have a ruling soon … we’ll be sure to let you know when that happens.