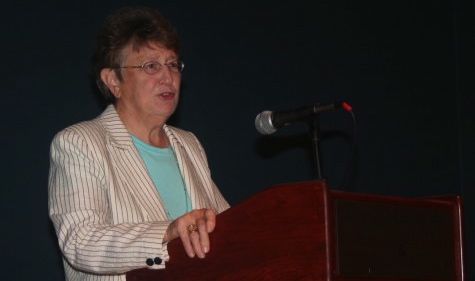 S.C. Chief Justice Jean Toal has been accused of exerting improper influence in a contested judicial race on behalf of Rosalyn Frierson – her longtime court administrator.

Frierson – who has no prior experience as a judge – is running for a newly created at-large family court seat, and multiple state lawmakers tell FITS they have been directly contacted by Toal (a.k.a. “Queen Jean”) and explicitly told to support her candidacy. One lawmaker even accused Toal of personally applying “pressure” on legislators to support Frierson.

Judges in the Palmetto State are elected by the legislative branch. In fact the S.C. General Assembly not only elects judges, its leaders control the slate of candidates via an inherently corrupt screening process. 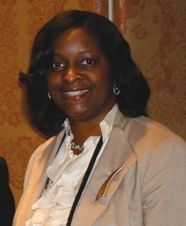 Having succeeded in getting her unqualified toady through the screening hurdle, Toal is now twisting arms in an effort to make sure Frierson has the votes to win this week’s hotly contested judicial election.

“Lots of people are getting pressure put on them by the wrong person to vote for (Frierson),” one lawmaker tells FITS.

Who is the “wrong person?”

“The Queen,” the lawmaker told us.

No stranger to corruption, Toal’s advocacy on behalf of her longtime employee is even more curious giving Frierson’s utter lack of qualification.

Last fall the Judicial Qualifications Committee of the S.C. Bar – which is the state’s professional organization for attorneys – found Frierson unqualified to serve as a family court judge given her lack of experience on the bench. That’s when Toal allegedly stepped in – and when black leaders began furiously playing the race card on Frierson’s behalf.

As a result of this political pressure, the S.C. Judicial Merit Selection Commission formally nominated Frierson as a candidate for this post last November.

Honestly? We’ve got nothing against Frierson. The fact she has no prior experience as a judge doesn’t strike us as a compelling reason to oppose her candidacy. Otherwise every other first time candidate for a position on the bench would have to be shot down. Having said that, her candidacy has been irreparably tainted by the strings pulled to get her name on the ballot – and the strings being pulled to secure her election.

This story is yet another example of corruption in state government – and further evidence of the need to reform the way judges are selected in this state.

FITS has consistently argued that Palmetto State governors should appoint judges with the advice and consent of the State Senate (a.k.a. the federal model). Absent such a change, shady behind-the-scenes deal-making will continue to cloud the integrity of our state’s judicial selection process.