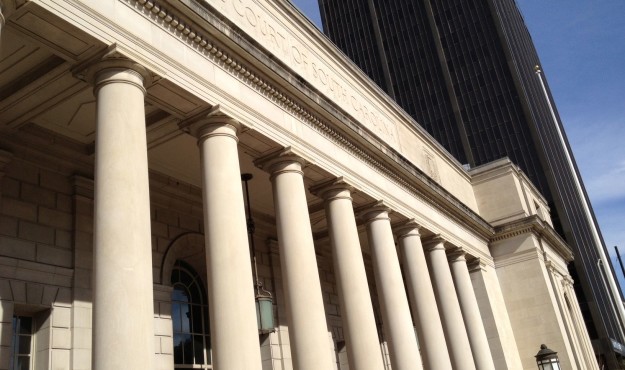 WE FOUND THE “QUID”

Under current law Toal must retire when she reaches 72 years of age if she wants to draw benefits from the state’s pension fund. If this law remains in place, Toal has said she will not seek another ten-year term in 2014. However one ethically compromised lawyer-legislator has sponsored a bill eliminating this exemption – reportedly in response to entreaties from the 69-year-old chief justice.

Assuming this law passes – and we have every expectation that it will – Toal would be able to serve out another ten-year term.

What did Toal offer lawmakers, though? What was the “quid” to this “quo?”

According to multiple sources in the judicial and legislative branches of government, Toal has reportedly agreed to sit on a hugely controversial lawsuit involving exemptions to the state’s sales tax code. Currently South Carolina exempts around $2.7 billion in sales tax revenue annually – compared to the $2.2 billion it collects. Some of these exemptions benefit all South Carolinians – and promote our state’s competitiveness – however many are narrowly tailored to specific special interests and work against our state’s economic well-being.

Were Toal to throw out all of them – as she wanted to do several years ago – lawmakers would find themselves in a very difficult spot.

We’ve consistently maintained that our state’s tax code is a disincentive to jobs and investment – as well as raising income levels in our dirt poor state. To fix it, lawmakers must go through each one of these exemptions and determine whether it is beneficial to the state as a whole or nothing but a special interest bailout.

Obviously they don’t want to do that … and Toal seems perfectly willing to enable them in their laziness, so long as they give her another decade on the bench.

Corrupt? Absolutely … but par for the course in South Carolina.

That would be the issue. Does not take a political guru to figure out that little bit of intelligence.

So the tax exemptions are an incentive for one job – the job of Chief Justice.

Jean Toal punishes judges and attorneys throuout the state for far less than what she has done and continues to do. Our judicial system is far from perfect but once Jean is removed or jailed for her corrupt conduct, some integrity can finally be restored from the top state court.

It would be great if enough evidence was assembled on Toal to cause a federal grand jury to indict her. She keeps South Carolina just steps away from Louisiana. Right down there in the mud.

Where is Bubba Ness when we REALLY need him?

(Perhaps reincarnated in his “clerk” Kaye)?

They are all 4 her bitches. Beatty (the worst and dumbest ever), Kittredge (“Do you need another pill for your bad back, son?”), Pleiconas and Hearn. You should have heard the talk in the old post office building’s back halls when “they” were writing the EW Cromatie opinion. Toal, Sherouse and Seymour, of course, wrote it. Jean had to make sure she and Costa got credit for trying to appear like they wanted him “only” disbarred. They all laughed that the order doesn’t mean anything because they have the “power” to change anything any time in this arena. It’s so corrupt up here, it’s a laugh a minute.

At South of the Border shacked up!

There have been allegations for years of Toals involvement in cases on the side of family and friends.
“Mean Jean” can put a cussing on you that would make a sailor blush. If you cross her, watch out. True to the Queen of Hearts and she is the Queen of Hate, she will have your head and your ass too!
I’m familiar with one case where a person was screwed royally where she appointed the judge to hear the case and had a blood interest in the outcome.

Two of Jean’s bitch boys were on WIS tonight. Senator Brad Hutto and Rep. Todd Rutherford. There is a ton of evidence already public that these two would not have law licenses but for their ability to help Jean in the legislature. Forget the Feds. Bill Nettles is one of her bitch boys. And yes, James Smith, she is that bad. Quit acting like you don’t know when you are asked about her and her influence in the legislature. If you don’t know, ask your mother. She knows how Jean can help unethical and incompetent lawyers as a personal favor to her and Nelson Mullins.

Bullshit to some of the above from Johnson. I had a beer with one of the four (not James Smith) tonight. He can’t stand the Chief Justice. Thinks she’s dangerous and is not inclined to help her in the least.

I agree that some or all of these folks “can’t stand” Jean Toal and might even say so privately to trusted friends. The problem is that she has done documented political and professional BIG favors for these guys and she keeps a scorecard. When the time to vote comes down, I think they will go with her out of fear.

I’m waiting – for SubzeroIQ – to check in

Any mention of Toal is like setting off a firecracker under her ass.

Is it true that this corrupt bitch, Jean Toal, is involved in the Lexington Ring?

sub zero? yall talking about my aunt whoopass? talk all you want about Jean toal but leave my dear aunt whoopass out of this!

Do you have any pictures of her in stiletto high heels and a bikini?

If you have such pictures, please douse in gasoline and light.

Please! – not until I can see them! Isotope has me curious.

No bikini pics, but somewhere there’s a black and white pic of her riding a olive drab harley like the ones marine scouts used in the war. (WWII) In the pic, aunt whoopass hadn’t shaved her arms in a while, and the cigar hanging precipitously from her mouth, which looked like a jagged tear in a whoopie cushion, made her look like Jack lemon and ernest borgnine had a baby with ethyl merman. It was totally fucking nuts and I love you aunt whoopass. Yall do NOT mess with that lady or she will eat your liver and spit bile in your eye.

How about a photo of her in a full-body fishnet? I’m getting interested.

How did she help out the Speaker, Sen Martin!? Horry county officials? Ufo’s?! Catawba’s….Bigfoot….lizard man….

It looks like somebody would say something nice about Queen Jean. Even Jakie Knotts used to have somebody say something positive about him like great constituate services and such on these FITS stories about him. In all of these articles about Jean, there has not been one positive comment. Lee Coggiola, Betsy Gray, Celeste Jones, Liz Crum, Stephanie Nye, Bob Coble, Frannie Heizer, IS Leevy Johnson, Ed Mullins,…. y’all can’t come up with anything? We girls at the State House can’t think of anything either.

She has a very nice singing voice.

that voice sounds like someone took a bag of gravels and dumped it into a warped washing machine set on “heavy load.”

Nice bass, though, wouldn’t you agree?

not so much a bass as a very well practiced fake charleston drawl. but she could show up speaking in a fake russian accent and no one would dare say one damn thing because, well just fucking because. “It’s good to be the [Jean.]”

I’m just glad I can sit out in the foyer and watch her gush forth jurisprudence from her mouth, which resembles a giant prune with a mouthy gash from whence the sound comes.

I ask you to find a smarter, more intelligent woman in South Carolina.

Find out her IQ and then continue to criticize her–if you want to show your ass bigtime. She has a sister who is a physician.

This redneck state can use a 100,000 more geniuses like her.

While intelligence is a quality that we hope all of our supreme court justices have, the most important qualities are wisdom, fairness, and restraint.

SubZeroIQ has skipped this article. I thought that she would be all over Toal on this one – makes me curious. Perhaps she is under either a restraining order or a gag order. Just curious!