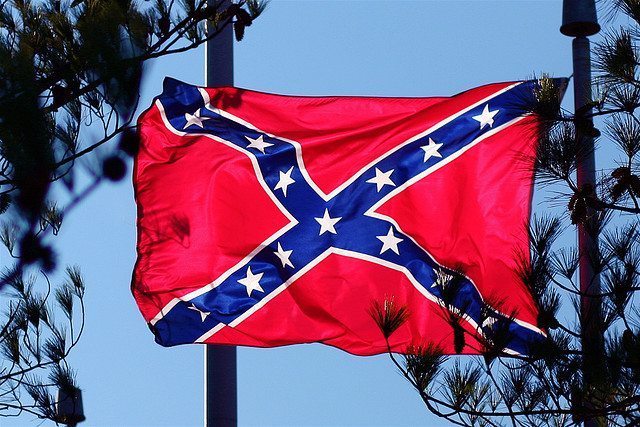 || By FITSNEWS || In the most audacious Confederate victory of the War Between the States, general Robert E. Lee divided his rebel forces in the face of a numerically superior enemy at Chancellorsville, Virginia – routing the union army led  general Joseph Hooker.

Well the rebels are divided again … only this time they’re not working in concert to achieve a tactical advantage, they’re fighting against each other.

Earlier this week we reported on a forthcoming lawsuit involving the South Carolina division of the Sons of Confederate Veterans (SCSCV).  According to our sources, a demand letter related to that suit was filed at a SCSCV meeting in the small rural town of Hilda, S.C. this week.

According to the letter, neo-Confederate financier Richard Hines is seeking the return of $350,000 he donated to the Confederate Heritage Trust – including $50,000 earmarked for “a media campaign” in support of the Confederate flag, which was removed from the grounds of the S.C. State House earlier this month in the aftermath of last month’s gruesome, racially motivated “Holy City Massacre.”

In the letter, Hines’ attorney Lourie A. Salley III claims his client’s funds “were not expended for the purpose they were donated.”

Specifically, the letter states Hines’ funds were “donated for a specific purpose,” and that “to use those allocated funds for any other purpose would be a misappropriation of those funds.”

The letter goes on to demand “a return of the funds you still hold in Confederate Heritage Trust Inc., within ten days of the delivery of this letter.”

According to sources familiar with the brewing battle, everything boils down to a fundamental disagreement: Hines wanted his resources to go toward the fight for the flag, while SCSCV leaders wanted to focus on a proposed secession monument.

In fact this monument was part of secret negotiations between SCSCV leaders and S.C. Senator Hugh Leatherman – who had hoped to use tax dollars to purchase the organization’s support for the lowering of the flag.  We reported exclusively on those negotiations – which ultimately fell apart when rank-and-file members of the SCSCV learned of the terms of the deal.

As the debate moves forward, this fundamental disagreement remains: Hines wants his resources to support a full-court press on the flag (which he wants returned to its former spot on the State House grounds), while SCSCV leaders want to use the money to go toward the monument and other purposes.

Well, Hines – a former Washington, D.C. lobbyist – has money and power.  And considerable credibility and influence within the “Heritage” community.  Beyond his immediate ability to impact political races in the Palmetto State in 2016, his suit could also ensnare the consulting empire of prominent neo-Confederate Richard Quinn – who runs the Friends of the Hunley organization, a group ostensibly devoted to the preservation of the H.L. Hunley Confederate submarine.

One Missing Blue Slip, One Big Problem For SC “Republicans”