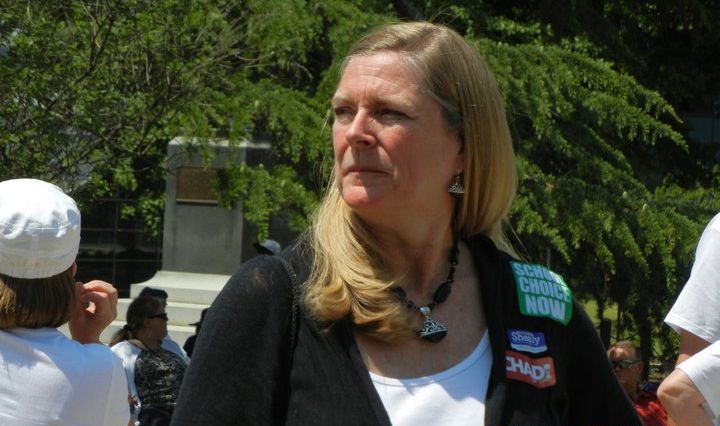 TAXPAYER HERO COULD BE REMOVED FROM OFFICE

Kim Murphy – a Midlands, S.C. school board member and one of the state of South Carolina’s true taxpayer heroes – is on the verge of being removed from office over a residency dispute.

According to Richland County, S.C. tax records – Murphy is a resident of that county. In fact she’s paid taxes there for years. However one of her political rivals is claiming she’s a resident of Lexington County – which he claims would make her ineligible to serve on the board of Lexington Richland School District Five.

Robert Gantt, a typical pro-status quo educrat (and longtime leader of this corrupt district), is spearheading the effort to have Murphy removed from her post.

Why? Because he wants to return to the good ol’ days of wasting tax dollars on excess bureaucracy and unnecessary projects without anyone being the wiser (a.k.a. before Murphy was elected). Also it’s apparently becoming too time consuming for Gantt and his cronies to continue their elaborate efforts to keep Murphy out of the loop by denying her information she’s entitled to as a member of the board.

Murphy is one of the few local elected officials in South Carolina who has “walked the walk” when it comes to watching out for taxpayers – which is the real reason she’s being attacked (as opposed to Gantt haggling over some line on a map).

“I don’t agree with everything Murphy has done but this seems absurd,” one resident of the district told FITS, referring to Gantt’s efforts as a “witch hunt” by a “corrupt district.”

As we noted a year ago in giving Murphy one of our “Taxpayer Hero” awards, “if every local government official in South Carolina was as committed to protecting the taxpayer’s bottom line as Murphy is, this state’s local governments wouldn’t be a combined $10.4 billion in debt.”

Taxpayers in this district benefit from Murphy being on this board … and boards across the state would benefit from having more Kim Murphy’s on them.

That’s why this witch hunt is so bad … not only would it kick a true taxpayer hero out of office, it would have a chilling effect on other fiscal conservatives looking to make a difference at the local level.

SCDOT Spares No Expense On New Board Room