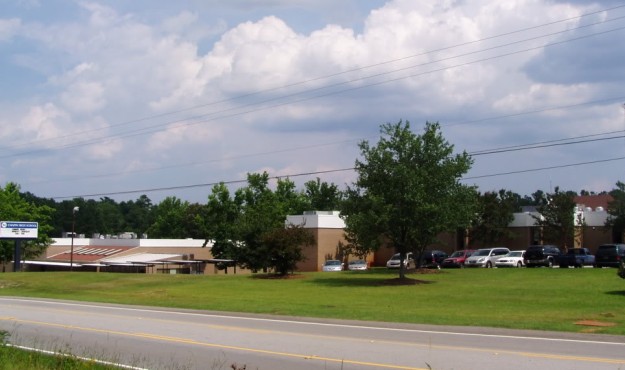 It’s been a little while since we last trained our fire on Lexington-Richland (S.C.) School District Five.

That’s partly because we’re lazy, but it’s also partly because we trusted that the district’s new leaders were going to start telling parents, teachers and taxpayers the truth for a change.

Boy, were we wrong.

For those of you unfamiliar with the “district that can’t shoot straight,” Lexington-Richland Five administrators (both past and present) have been caught misleading their constituents about literally everything under the sun – i.e. the district’s budget size, reserve fund balances, student population growth (or more accurately, lack thereof), school capacity figures and, most recently, a “wetlands problem” with a proposed high school “expansion” plan.

Invariably, these deceptions have been used to justify massive funding increases and infrastructure enhancements that the district doesn’t need – and that taxpayers can’t afford.

On top of its gross fiscal misrepresentation (and mismanagement), Lexington-Richland Five is also a hotbed of questionable personal conduct. We’ve already blown up two major sex scandals at the district (here and here), but we’re told there’s plenty more where those came from.

Anyway, like we said, we had hoped that a recent change in leadership would have resulted in a corresponding change of culture at this scandal-plagued district, but it turns out we were sadly mistaken. Lexington-Richland Five is shooting “crookeder” than ever … and not only with parents and teachers, but also with its own board members and … most recently … the U.S. Army Corps of Engineers.

Let’s start from the top of the latest scam, shall we?

According to a published agenda for Monday night’s school board meeting (January 11), district administrators are trying to push their elected bosses to approve new construction plans for the “expansion” of Chapin High School.

Not with these masters of manipulation.  As district officials are pushing forward with this so-called “expansion,” they have been quietly reducing capacity at Chapin High so they can justify the construction of … wait for it … a new high school in another part of the district.

Turns out you can have your cake and eat it too, at least if you’re willing to lie a little bit … or in the case of Lexington-Richland Five, a lot.

In fact, the architectural plans for Chapin High which were first submitted in 2007 as part of a multimillion-dollar bond referendum proposal have been dramatically altered, even as district officials are claiming that capacity at the 1,300-student school will grow by more than 400 students over the next few years.

While touting this “expansion” in public, the latest architectural documents for the school (which district administrators want the school board to approve Monday) tell a different story … one of “contraction.”

Specifically, floor plans for the new Chapin High show fewer classrooms (thanks to some creative reshuffling of science labs and by removing a full story of classrooms from a new wing). Also, the school’s proposed cafeteria is designed for a campus with a core capacity of only 1,080 students – not the 1,300 students who currently attend the school or the 1,700-student capacity the district asserted in its bond referendum

In fact, here’s a blueprint for the new cafeteria obtained by FITS that clearly shows 60 tables – or just enough to seat approximately 1,100 students in three standard lunch shifts. 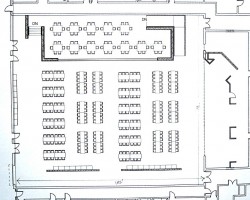 To seat 1,700 students in three standard lunch shifts, 35 additional tables would have to be crammed into the cafeteria, which simply isn’t possible unless you’re willing to ignore things like, say, fire codes. Or walking.

These blueprints would certainly seem to indicate that district officials expect Chapin High to shrink – not grow – in the coming years, which would be consistent with students being rezoned for a new high school.

Sadly, playing fast and loose with zoning lines and capacity numbers is nothing new for Lexington-Richland Five.  What’s unique about the Chapin High situation, though, is just how far the administration of Superintendent Herb Berg has gone to mislead the public, the school board and the U.S Army Corps of Engineers about a “wetlands problem” tied to the project.

No one is sure exactly when the issue was first brought to the district’s attention, but what’s clear is that it hasn’t been resolved – and officials continue to mislead everyone involved as to what’s really going on.

“There aren’t any protected wetlands, not like you’re thinking,” Berg told school board member Jan Hammond, who asked about Chapin High’s wetlands issue at a public meeting held on September 14, 2009.

But the truth is that there are protected wetlands, nearly an acre’s worth of them, in fact.  There’s also 1,500 feet of linear creek that the district wants to fill in as part of its plans – which means additional red tape and more environmental hoops to jump through.

Berg, of course, knew this because three weeks before making his “there aren’t any protected wetlands” comment he was at a meeting at which the district’s director of new design and construction, Keith McAlister, told him about it.

“We’ve got an issue with wetlands,” McAlister revealed at an August 25, 2009 administrative meeting attended by Berg. “We’re probably six months out finalizing mitigation.”

Or so they thought.  The Corps of Engineers has stuck to its guns on the issue, prompting frustration on the part of district leaders.

“Somebody’s got to get these jacklegs,” McAlister said at a November 2009 meeting, referring to the Corps. “They’re about to cost us a chunk of change.”

But how much “change,” exactly?

Some estimates range anywhere from $4-6 million – costs which the district is trying to avoid by claiming that the Chapin High project is $6 million over budget. In fact, this is the precise figure that district officials are said to have formally communicated to the Corps of Engineers.

As of this writing, however, the district has provided no documentation for its claim that the project is over budget by that amount. In fact, the Chapin High construction budget was mysteriously reduced by $4 million last year when the district altered a figure on a tracking document – something which probably would have never been caught were it not for the tireless efforts of a zealous district watchdog.

If the project is in fact over-budget, though, then taxpayers should look no further than the inclusion of three new athletic fields, a new “field house” and an unnecessary arena-style basketball facility into the “expansion” plans.

Bottom line, this is a project that is literally littered with questions … questions which the district isn’t answering honestly, either to board members or to officials at the Corps of Engineers.

If Lexington-Richland Five wants to avoid the sort of trust issues that have dogged it in the past, we suggest that its leaders start telling the truth about this project … and all of its dealings with taxpayer dollars.