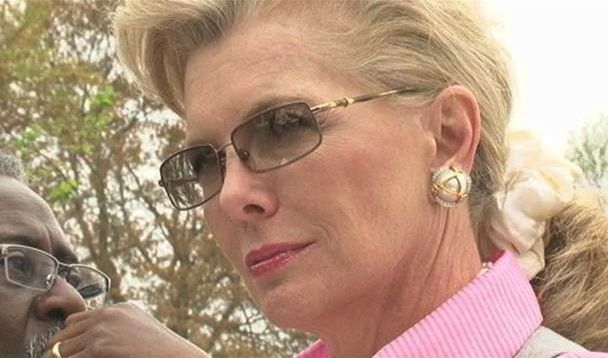 Billionaire financier Darla Moore is known for a lot of things … like mixing it up with S.C. Gov. Nikki Haley, becoming one of the first two women admitted to Augusta National Golf Club and donating $25 million to the University of South Carolina’s school of business.

Which of course is now the “Moore School of Business …”

The Lake City, S.C. native is also known for her exceedingly liberal views on tax policy … and her unwavering support for expanding government’s role in economic development and education.  In 2002, Moore formed a pro-government group called The Palmetto Institute which was devoted to raising South Carolina income levels through all sorts of government programs and initiatives. Ten years later … yeah, not so much.

But Moore wasn’t done. According to the 2008 manifesto of her uber-leftist “New Carolina Collaborative” – another pro-government effort – a flood of new taxpayer spending was supposed to make our state “a leader in public education.”

Well guess what … the flood gates opened. Unfortunately, despite billion of dollars in new government spending our government-run schools are worse than ever.

In fact Moore is (belatedly) acknowledging this …

According to Columbia Business Monthly, Moore recently told a group of students at Trident Technical College that her investment in USC’s business school was a waste of money given the piss poor performance of the Palmetto State’s primary and secondary schools.

“I felt like I’d pretty much pissed $25 million down a rathole,” Moore told the students.

So does this mean Moore will come around to our way of thinking and support market-based academic reforms – like universal parental choice?

We’re not holding our breath, but at least she’s willing to acknowledge that when it comes to government-run schools in South Carolina, Mo Money = Mo Problems …