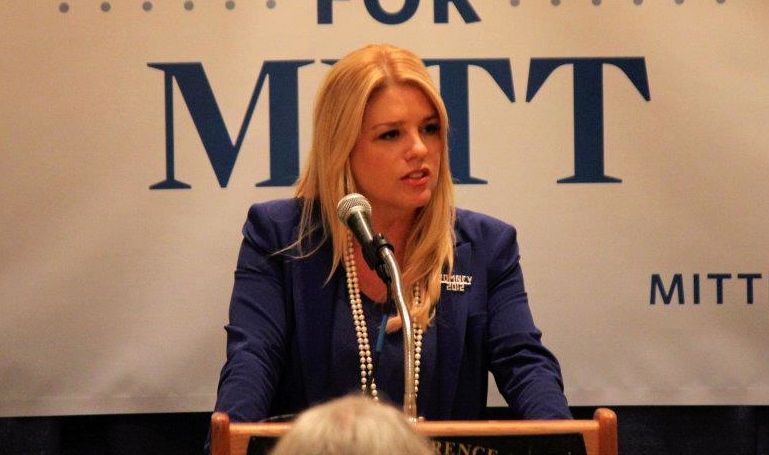 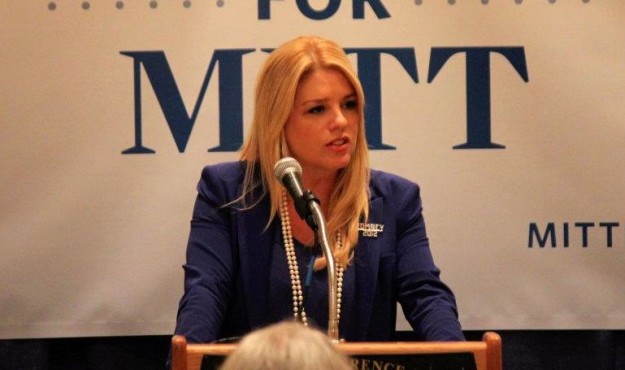 For those of you who doubt this website’s ability to “pick ’em,” recall that on August 1, 2008 we introduced our readers to Sarah Palian (“The Governor Of Alaska Is Hot“) a full month before she was tapped as the GOP vice presidential nominee.

Did Palin “pan out?”  Um, no … sadly she became a fount of substance-free rhetoric and endorser of status quo politicians (although she’ll always be our naughty monkey).

Then there’s S.C. Gov. Nikki Haley – who’s not as hot as Palin, but who touted herself as a Palin-esque Tea Partier.  This website aggressively promoted Haley during her career in the S.C. General Assembly – building up her statewide profile in advance of her successful 2010 gubernatorial bid.

Did Haley “pan out?” No … sadly she’s proven to be a big government gal of the first order, embracing spending hikes and crony capitalist deals just like the rest of the “Republican in Name Only” in the S.C. General Assembly.

Even cutie Kristi Noem from South Dakota has disappointed us … scoring a modest 80 percent on the 2012 “Freedom Index,” a measure of how well U.S. Representatives support “constitutional principles of limited government, fiscal responsibility, national sovereignty, and a traditional foreign policy of avoiding foreign entanglements.”

Anyway, What Will Pam Bondi Do?  And no … that’s not the makings of a new acronym bracelet, it’s a reference to Florida’s smoking hot Attorney General, Pam Bondi.

Elected in 2010, this 47-year-old hottie prosecutor was one of the lead attorneys on the landmark Obamacare ruling – which would have been all sorts of awesome had U.S. Supreme Court Justice John Roberts not punked out like a little bitch and decided to redefine the government’s power to tax.

Oh well … something good did come of that ruling.  In the aftermath of Roberts’ betrayal, Bondi’s picture was plastered all over the national media – prompting our founding editor to comment on her attractiveness (as he is wont to do) with several of his well-connected friends.

The result?  A little outreach … and some love for FITS from the Florida Attorney General herself. 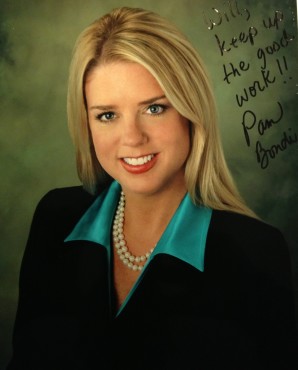 Now … obviously we don’t get off (literally or figuratively) on our proximity to important people.  “It’s not show friends, it’s show business,” Bob Sugar once said, and we live by his counsel (along with every word ever uttered by the late, great Dickie Fox).

For us it’s about one thing: freedom, whether individual freedom or freedom with respect to our market economy.  Politicians who advance freedom will always get love from us, while those who stand against it (or sit on the sidelines while it’s being attacked) should expect to always receive pointed criticism.

So … where does Bondi stand?

“She’s just a little too establishment GOP for my taste,” one of out favorite Florida libertarians told us.  “On the state level she’s pretty solid, but she’d like to go to D.C. in the future and I think she’d fall in line with all the other big government Republicans up there.”

We hope that’s not the case …

Bondi – like Palin, Haley, Noem (or newly appointed U.S. Senator-designate Tim Scott of South Carolina, for that matter) – is the sort of face the Republican party desperately needs to be putting front and center right now.  But here’s the thing – American taxpayers need saving much more desperately than any political party.  And the last time we checked – actually, the last few thousand times we checked – the GOP was far more focused on trying to save its own skin than it was on trying to save taxpayers.

And failing on both fronts …

Just look at the ongoing negotiations in Washington, D.C. over the so-called “fiscal cliff” – in which the GOP continues to abandon its limited government platform in favor of pure tax-and-spend policy positions.  Seriously … a $1 trillion tax hike?  Who do these “Republicans” think they are?  And what do they think they’re accomplishing?

Washington needs more elected officials willing to rail on such status quo accommodation … not fall in line behind it.

And if those elected officials happen to be smokin’ hot blondes (like Bondi), well … we pledge to continue never letting our superficial streak stand in the way of our internet traffic.