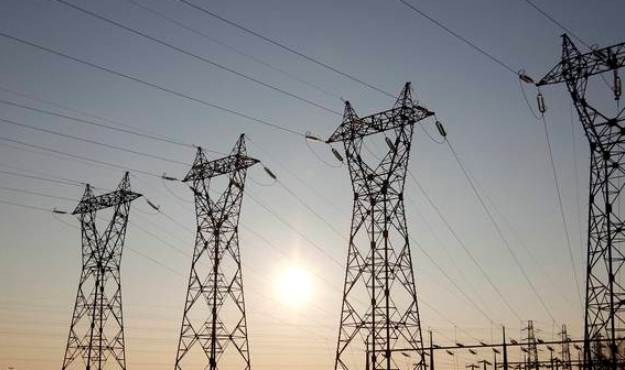 “We should do this more often!”

Heard that before?  Yeah … so have we.  And we’ve heard it plenty from our readers as it relates to “The Wire,” our pseudo-regular (but mostly irregular) interactive catch-all format.  As we move inexorably toward the launch of FITS 3.0, we are hoping to make “The Wire” a more regular format.

Why?  Because it’s popular – and because people enjoy trying to guess who sends us the various tips, comments and questions we publish.  It’s also the point of origin for all sorts of scoop, as tips that start on “The Wire” frequently find their way into mainstream media coverage.  So bear with us … FITS 3.0 will be launched within the next two weeks (i.e. before Christmas), and we’ll be endeavoring to make this feature a permanent part of the new website (which we trust our readers are going to LOVE).

Who does FITS think Nikki Haley should pick for Jim DeMint’s seat?

FITS: U.S. Rep. Mick Mulvaney.  For reasons we will be relating in a post coming later today …

Who do you think Nikki Haley is going to pick to replace Jim DeMint?

Fox News reporting that Nikki Haley has chosen McMaster. Surprised this is not on FITS.

FITS: That headline comes from Fox Nation – which excerpts content from other outlets.  It is not an original Fox report.  If you follow that link, you’ll see the post originated at Breitbart.com – and that the Breitbart post originated from a blog post that acknowledged the information as speculative.  We’re not saying Haley might not eventually appoint McMaster – we’re just saying it didn’t happen last Friday.

TIM SCOTT IS NO “CONSERVATIVE”

As you may know, our “conservative” Tim Scott is actually a big transportation spender and, along with Lindsey Graham, STRONGLY supports spending tax dollars on the I-73 boondoggle instead of maintaining our current system – all under the guise of so-called “economic development and jobs” (think Southern Connector in Greenville).

As it happens, the Heritage Foundation has done a lot of analysis on transportation infrastructure, and here is a link to some of their reports:

If Haley nominates Scott, she is not nominating another Jim DeMint.

Is social conservative SC going to send a guy to the U.S. Senate whose main squeeze runs a “Naughty Bits” store? 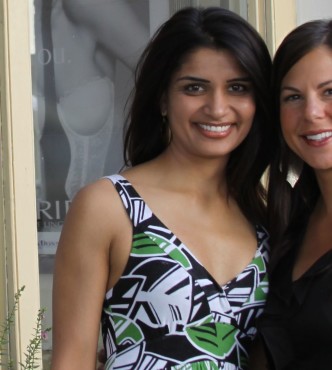 FITS: You’re referring to Zee Patel, who owns “Bits of Lace” and several other Charleston, S.C. establishments.  We’re not sure what the relationship status is between Patel and Scott, and frankly it’s none of our business.  He’s single.  She’s single.  Let ’em mingle.

In your otherwise excellent report on the race to replace Tim Scott (if Haley appoints him) you neglected to mention that Carroll A. Campbell III is considering a bid for the First U.S. Congressional District Seat.  I know you don’t like Tumpy, but he is a legitimate candidate and failing to mention him makes you look petty.

FITS: Tumpy?  A legitimate candidate?  Really?  This is all we’ve got to say about that …

A preview of what’s coming … Tom’s on the committee he needs to carry out the will of the folks he represents.

I also see the Rices attended the program for new Congressmen at Harvard.

I wonder if Tom went to the one Heritage gives? Or the FreedomWorks one?

FITS:  “The Representative from Burroughs and Chapin has the floor …” Myrtle Beach Mafia lives!

This just in – a new video from Bishop Mark Lawrence.

In the video, Lawrence says “homosexuality is contrary to civilization” and is “a form of individual anarchy.”

Bishop Lawrence’s attitude is a good reason why so many are leaving the church.

FITS: As we’ve noted in our coverage of this ongoing feud, we think these decisions should be left to individual churches. Certainly government should have nothing to do with defining the institution of marriage.

Cynthia Frazier, wife of (Lexington, S.C. councilman Danny Frazier) has been hired by your good friend Beth Carrigg at the Lexington County Clerk of Court’s Office.  Not even three months after Cayce fired her.  Looks like the “Lexington Ring” is watching out for its own.  I know FITS is sweet on Mrs. Carrigg but you really need to call her out on this.

FITS: We’re endeavoring to confirm that bit of information now.  Obviously it would be profoundly stupid to hire this woman after she was recorded describing intimate details of her husband’s illegal activity – and doing so would reflect poorly on Carrigg.

I’ve heard that the phone system that the Lexington County Sheriff’s Department uses – the one that charges inmates something like $17.00 per minute – is owned by someone very close to Sheriff Jimmy Metts.

FITS:  We haven’t heard that but can do some digging … feel free to send us anything you have on it, too.

TO RECALL OR NOT TO RECALL

How do the voters in SC get a recall law passed–for all state and local officials?

FITS: It would take a constitutional amendment – which means two thirds of both chambers would have to approve it.  Last session neither chamber came close to passing it. That’s too bad.  We support recall …

Please, folks, make an effort to cease using the owrd “THAT” in your reports. It’s unbecoming of you! Please?

Thanks for reading this.

FITS: We are the Knights who until recently said “Ni.” And apparently “that.”

Hey, FitsNews.com: Here is a tip that you might want to write a story about. A story came out by CBS 5 of San Francisco Bay Area about my poem about President Obama called OF OUR NEGRO SAVIOUR that I read at San Francisco State University.

The only mistake it made was saying I was a college student at San Francisco State University. I am not. I would love it if you would consider writing a story about this poem.The poem is also on Youtube. But I can also send you the written version of the poem. That one is prettier than the Youtube version because it has the correct indentations. And please read that one instead of the one in the article because the article one did not come out with correct indentations.

I am 47 years old. I live in San Francisco. And I am a painter and a poet. I tied to write a poem that explained why people love and hate Obama. And it is a serious poem. And feel free to critique it. I believe this poem is worthy of a story written by you. Please allow me to send you the poem. And then maybe you will see how it is worthy of a story. The first two stanzas praise him, the third stanza is very critical of his belief in big government, and the fourth stanza warns against looking for secular messiahs to save us and also it warns against giving our leaders too much power.

LOOK AT THE THIRD STANZA MOST. AND IF YOU CHOOSE TO READ THE POEM, READ THE YOUTUBE VERSION. THE VERSION IN THE ARTICLE DID NOT COME OUT RIGHT.

HAPPY BIRTHDAY to S.C. Rep. Nathan “Head” Ballentine.  Looks like somebody got a head start on the festivities by rolling his house this weekend.  Take a look … 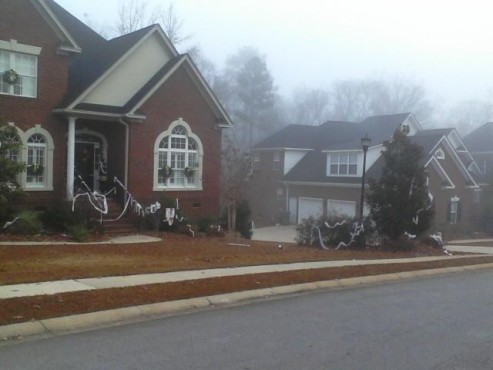 FITS: Ha! Funny.  That reminds us … want on our birthday calendar?  Just email us and we’ll get you added …

SOUTH CAROLINA FAST FACT:  The late Nickolas Ashford (of Ashford and Simpson fame) was born in Fairfield, S.C.  The singer-songwriter and his wife Valerie Simpson are best known for their songs “Ain’t No Mountain High Enough” and “Ain’t Nothing Like The Real Thing.”