NATIONAL DEMOCRATS PICK UP THE SCENT

Even before an unprecedented state level security breach occurred on her watch, S.C. Gov. Nikki Haley was already facing a difficult road to reelection.  Now Haley’s precarious position at home is imperiling her national ambitions – with Democrats seizing on the latest round of poor poll numbers for the Palmetto State governor.

In its morning electoral digest, the liberal website Daily Kos explores “Why South Carolina Governor Nikki Haley Could Be Vulnerable in 2014.”

And yes … that ripping sound you hear is liberals across the country stroking checks to presumed Democratic nominee (and 2010 Haley opponent) Vincent Sheheen.

Haley’s vulnerability is no secret.  In fact we recently published a piece in which a pair of Palmetto consultants laid bare the challenges she is facing. 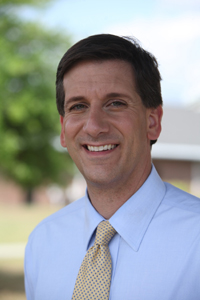 After surging to the 2010 Republican gubernatorial nomination two-and-a-half years ago it’s been all downhill for the 40-year-old politician.  In June 2010 Haley was up on Sheheen by a whopping 21 points – but she coughed up the vast majority of that lead by running a disastrous general election campaign.

“Despite running in a very red state in a very red year, Haley only first won office with a four-point victory over Democrat Vincent Sheheen in 2010,” Daily Kos notes.

Since then Haley has stumbled, bumbled and fumbled through her first two years in office … and watched her public support plunge accordingly.  In fact Haley’s negatives are solidifying with each new poll as the number of undecided voters shrinks.  Naturally, the liberals at the Daily Kos have a few predictable explanations for the lack of yeast in Haley’s numbers.

“Both sex and race could both be playing a role (Haley’s parents are immigrants from India),” the website speculates.

Please … Haley is unpopular because of colossal screw-ups like this and this.  And because of rank hypocrisy like this.

Hell, “sex and race” are probably the only things saving her at the moment …

Whatever reasons national liberals are assigning to Haley’s vulnerability, though, the fact remains they are aware of it – and eager to help Sheheen exploit it.  And that could spell real trouble down the road for this “Republican” governor of a “Red State.”