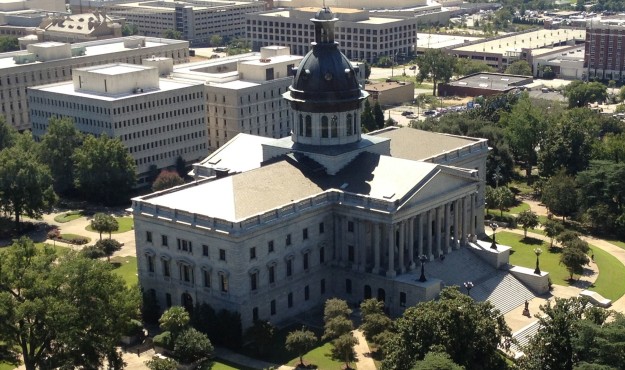 LAWMAKERS EXPAND COMMITTEE THEY OUGHT TO BE ELIMINATING

Leave it to South Carolina state government to take an entity that desperately needs to be eliminated … and expand it. Yup … that’s exactly what members of the “Republican-controlled” S.C. General Assembly did this week, adding several new foxes to guard their legislative hen house.

The notoriously corrupt S.C. House Ethics Committee – which is known for its rigged hearings and hall passes – grew by four members this week, all of them Democrats.  As a result the six-person panel is now a ten-person panel, although in this banana republic of bipartisanshit rest assured: Unethical behavior (like profligate spending) knows no party label.

Lawmakers are still exclusively in charge of policing their own behavior, which means that this “reform” – like everything else this commission does – is all about keeping up appearances.

How shady is this committee?

Well, despite clear and compelling evidence that Gov. Nikki Haley  violated multiple ethics laws during her tenure in the House, the committee nonetheless voted earlier this year to dismiss all of the charges against her.  This decision was based exclusively on testimony from the governor and sympathetic witnesses – and was reached without a public examination of the evidence (including evidence sought by the committee).

Haley’s accuser John Rainey, a prominent GOP fundraiser, was never allowed to present his case.  Instead he was sequestered in a private room – unable even to listen as the governor called him a racist for daring to raise questions about her transparent lawlessness.

It was a show trial, people.  Which isn’t surprising when you consider that Haley threatened members of the committee – and their “Republican” leaders – with political retribution if they went against her.

Of course Haley isn’t the only corrupt public official whose sins this committee has whitewashed.  S.C. Rep. Brian White (RINO-Anderson), chairman of the powerful House Ways and Means committee, was busted last year using his campaign account for personal expenditures – yet he’s still getting a pass on it.

Next up in the whitewash parade? S.C. Speaker Bobby Harrell – who was caught red-handed earlier this year padding his pockets with illegal campaign reimbursements.  Think he’ll be held accountable?  Please … in fact the addition of Democrats to this panel probably helps the fiscally liberal Speaker.

Last week we discussed the competition for seats on this committee – reinforcing the need for lawmakers to get rid of it  (and its Senate equivalent) entirely.

“What matters in our book isn’t who gets placed on this ‘cover-up committee,’ it’s how lawmakers vote on a long overdue reform that would abolish this committee altogether, along with its equally corrupt counterpart in the State Senate,” we wrote.

Lawmakers must be held to the same ethical standards as other public officials – something that will never happen if we keep letting them pick more of their buddies to police themselves.

I disagree with you on this one, Willie. With a larger committee, there is a greater chance one of the members will have a ping of conscious and morality and act on it. It would be harder for one personality to dominate the final decision of the group. The most obvious analogy would be the present SC Supreme Court. Toal completely controls this court. Her judicial and attorney disciplinary system is more “known for its rigged hearings and hall passes” than these legislative committees could ever be. The SC Supreme Court needs at least 2 more members – and obviously 2 people who will stand up to Toal. It’s good to keep the conversation/debate going, but I disagree on this one.

The General Assembly is a joke, ethics reform is a joke, and apparently we do not demand better from those we elect. They all talk a good game, but that is all it is. We deserve better, but we amble down the party paths and elect the best talkers with no backbone to stand up for any of us. Look at the salaries and perks they give themselves and their family members and their staffers. We are in trouble. And by the way,if the Republican Party had recognized Ron Paul for one night and allowed him the spotlight before fading into the sunset, Mitt Romney would be President now. There were a lot of Ron Paul supporters who took that as an insult. Romney had the opportunity, but chose not to do the appropriate thing.

SC is a legislative controlled state. Until the legislature is moved to make change it’s not going to happen. That can be done persuasively and with commonality of interest and goals, or persuasively with brute power and little commonality.

1) Work cooperatively with the General Assmembly to find common ground among key members (read power centers) and bring about the reform. Instead, she chose to summarily poke them in the eye right out of the chute. She alienated not only leadership, but rank and file with her silly report cards and other grandstanding.

2) Co-opt the General Assmembly with an “end run” around them by applealing to the same enraged electorate that was ripe for the picking. Again, she couldn’t bring herself to muster the courage. One, she had no intention to walk the walk of ethics reform. Two, she has been much too busy preening for the national TV market via her appearances before think tanks, out of state campaigning, and kissing up to check writing special interest. Three, she has demonstrated her inability to be a chief executive.

The voters and the General Assembly recognize her for what she is: a complete imposter and fraud, an incompetent administrator, and one who has proven totally not fit for prime time.

She had set back any real chance of reform. Neither the GA nor the voters wish to empower her or any similarly ill-equipped future chief executive with real power..

Let the next purge begin in 2014. I don’t know how much more damage she can do than she has already done.

“Co-opt the General Assmembly with an “end run” around them by applealing to the same enraged electorate that was ripe for the picking. ”

lol…yes but the mob is fickle…and more interestingly history shows us that when they are truly enraged pols swing from lamp posts, trees or are lined up @ guillotene’s.

That’s the beauty of “democracy”, it gives the mob an outlet(voting) that is not only mostly ineffective but allows the cockroaches to scurry away with their ill gotten gains with little chance of the above danger.

In a similar vein, inmates at the Broad River Correctional Facility have organized their first ever Iron Man Competition. To be known as the “DIG, SWIM and RUN” annual meet.

Just think if we made the ethic panel as big as the general assembly! Boy, that would sure be effective.

Who gives a shit about this anymore?

Will, it’s a little hard for you to judge White and Harrel for disclosure when your Libertea won’t do it, don’t you think?