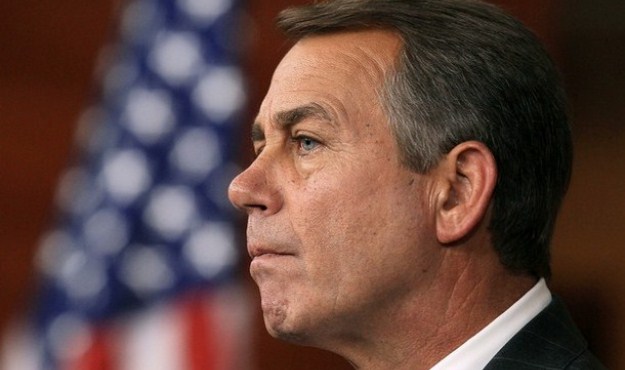 U.S. Speaker of the House John Boehner and “Republican” leader Eric Cantor haven’t cut jack shit from the federal budget since their party took control of the U.S. House of Representatives in 2010. In fact they’ve actually broken their campaign promises and actually grown government …

So naturally, we find the claim that Boehner and Cantor threatened to cut aid from Hurricane Irene victims laughable … especially since Hurricane Irene itself was such a non-event compared to other major storms.

Anyway … as Hurricane Sandy bears down on the East Coast, a liberal activist group is using the storm’s approach to blast Boehner and Cantor.

“Don’t let House Republicans do this again,” the website LeftAction.com implores. “Send John Boehner and Eric Cantor a message, and demand they pledge right now not to block aid to victims of Hurricane Sandy.”

Do these people (and we include all major party partisans in our definition of “these people”) ever give it a rest?

Also as Hurricane Katrina proved conclusively, it was the private sector – not government – which provides the fastest, most efficient response to a natural disaster.

This website obviously can’t stand Boehner or Cantor – they are both ideological frauds as far as we’re concerned – but this bit of criticism is a little too opportunistic for our taste.