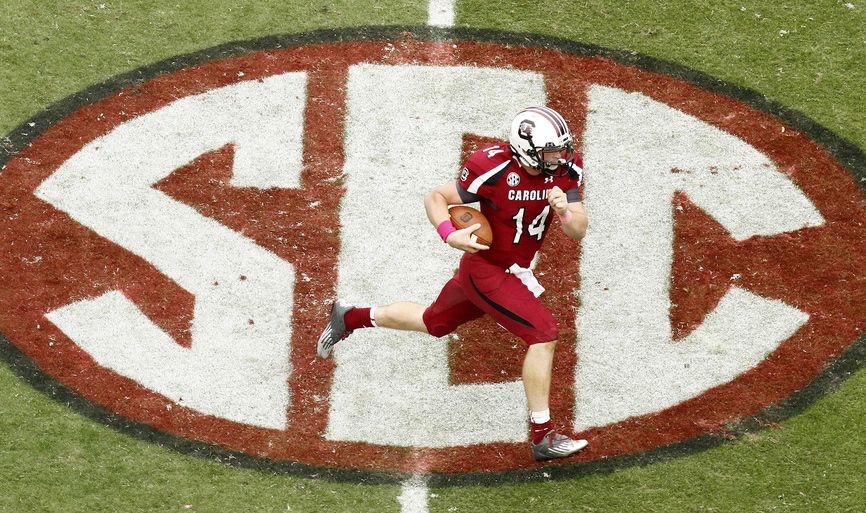 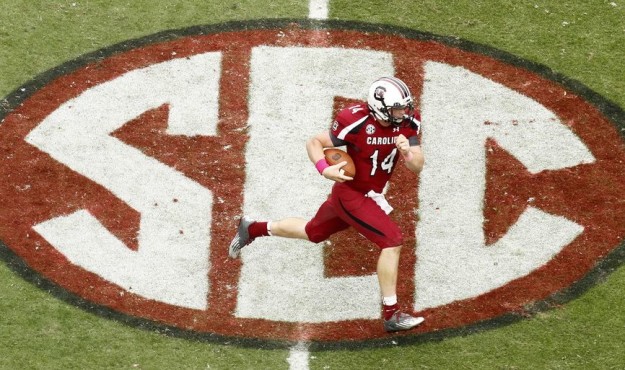 COLUMBIA, S.C. (October 29, 2012) — University of South Carolina junior quarterback Connor Shaw was selected as the Southeastern Conference Offensive Player of the Week for his efforts in the Gamecocks’ 38-35 win over Tennessee on Saturday.

Shaw, a 6-1, 207-pound junior from Flowery Branch, Ga., had his most productive day as the Gamecocks’ signal-caller, completing 22-of-32 passes for a career-high 356 yards and three touchdowns. He also carried 18 times for 33 yards and a touchdown. His scoring passes covered 33, 26 and 24 yards as the Gamecocks rolled up 510 yards of offense, the sixth-highest total in the Steve Spurrier Era at South Carolina. The win was Carolina’s third-straight over the Vols, something that had never before been accomplished.

The No. 11/11 Gamecocks (7-2, 5-2 SEC) are ranked eighth in the latest BCS Standings. They will enjoy their bye week this week before closing out the SEC regular season when they host the Arkansas Razorbacks (3-5, 2-3 SEC) on Saturday, November 10, at Williams-Brice Stadium. The noon contest will be televised nationally by CBS. The Razorbacks host 7-1 Tulsa this week in Fayetteville.