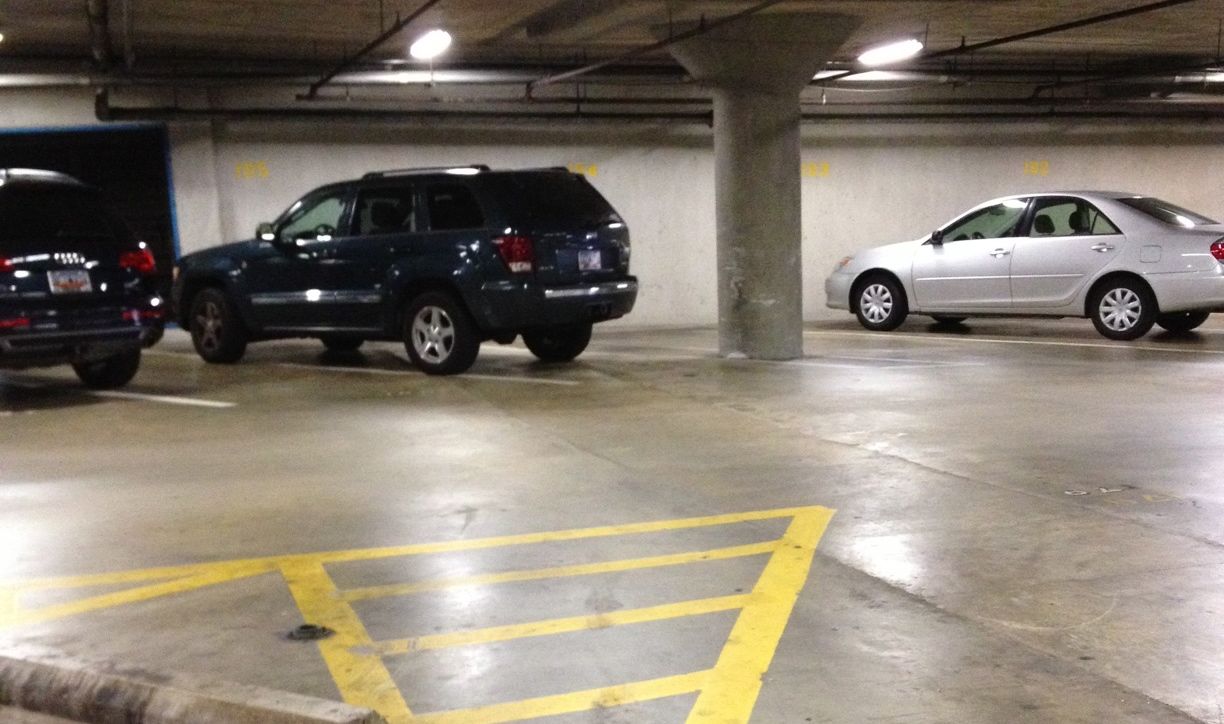 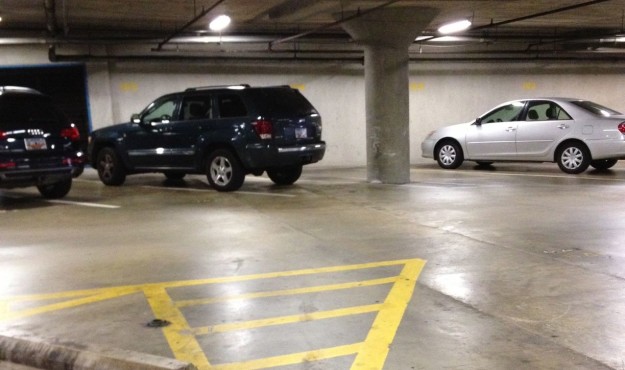 AND DIDN’T HE QUIT THIS JOB?

S.C. Gov. Nikki Haley’s ex-chief of staff Tim Pearson officially stepped down from his government post on October 12 – but that’s not
stopping him from availing himself of the taxpayer-funded perks associated with the governor’s office.

In fact Pearson – whose “adventures in parking” at the S.C. State House garage have become the stuff of (assholish) legend – is still parking his Jeep Grand Cherokee in this government-run facility.  And yes … he’s still parking like an asshole.

We’ve seen this before (here and here) but what gives?

Seriously … the taxpayers of South Carolina spent millions of dollars on security measures to make sure that only government employees with the property credentials had access to this garage.  What’s this dude still doing in here?

“Now Nikki is letting her campaign staff use free state parking,” one source remarked to us.  “For shame.”

Pearson, 30, served only twenty months in Haley’s administration – earning less than favorable reviews over that time from without (and within).   He parked a lot better than he governed, in other words.

He was replaced by former Deputy Attorney General Brian Stirling … who is parking … somewhere.