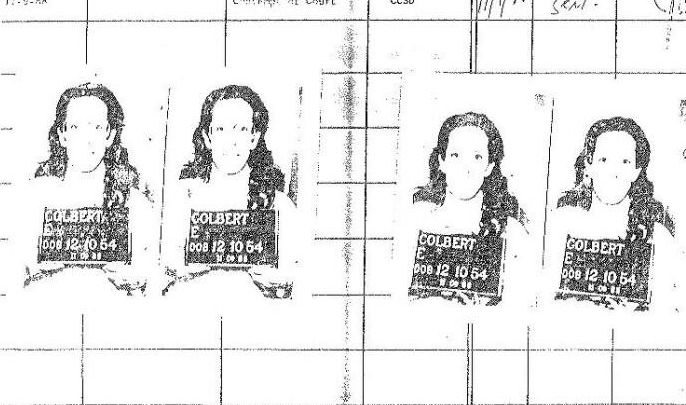 Thus far South Carolina’s topsy turvy first congressional district special election has been a referendum on the personal life of former S.C. Gov. Mark Sanford. Dominating the headlines? His 2009 fall from grace as well as the more recent trespassing allegations leveled against him by his ex-wife, former S.C. First Lady Jenny Sanford.

The great ‘undiscovered country?’ His Democratic opponent, Elizabeth Colbert-Busch (who to her discredit has gone to some lengths to inhibit said discovery).

The Democrat apparently wants voters to elect her, before they find out what she believes,” Breitbart’s Mike Flynn recently wrote.

Anyway, as we noted in a post last month Sanford isn’t the only candidate in this race with personal drama.

Colbert-Busch was also involved in a messy divorce, one that landed her in jail on contempt of court charges in 1988. Now – just days before she and Sanford face voters in an extraordinarily close race – a mug shot of Colbert-Busch’s 1988 arrest has surfaced. 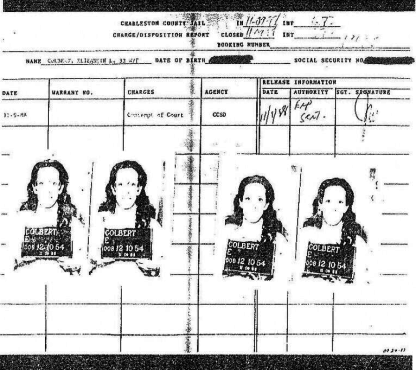 You know, usually it’s hard to land a six-figure taxpayer-funded gig when you’ve got a mug shot on file, but then again this is South Carolina … where it’s been pretty much conclusively established that anything goes.

Anyway … while it’s never a good thing to have your mug shot surface in the closing days of a campaign, we’re not sure the emergence of this pic is going to hurt Colbert-Busch too badly (well … unless a certain percentage of male voters was harboring that whole ‘maybe she was hot when she was younger’ fantasy).

Because seriously … that first set of pictures resembles a disguise worn by Roger the alien on American Dad to us.

Also remember … all but a small handful of likely voters have already made up their mind on this race, meaning stuff like this isn’t likely to move the needle very far in one direction or the other.