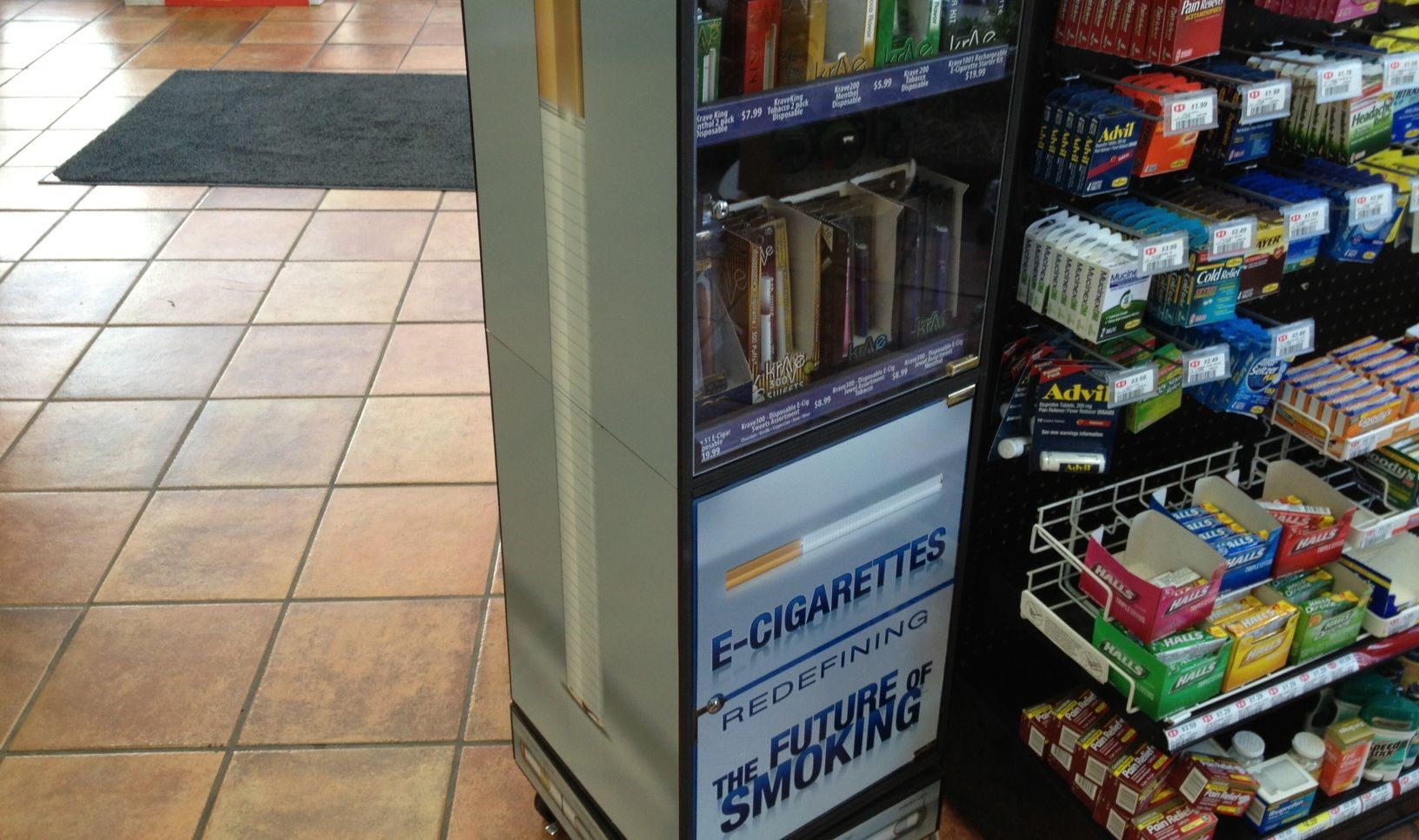 Fortunately, Sic Willie kicked the habit in late 2008 when his wife – the lovely Mrs. Sic – got pregnant with this little demon. Well … he quit smoking, anyway. For a few months after giving up the cancer sticks, he continued to chew nicotine gum (in mass quantities) until Mrs. Sic told him doing so was “bullshit” and that if she wasn’t allowed to have any nicotine, neither was he.

Sic maintains that quitting smoking was one of the best decisions he’s ever made … although this website has maintained its strenuous opposition to cigarette tax increases. Unfortunately neither the U.S. Congress – or the “Republican-controlled” S.C. General Assembly – listened.

Given a recent rash of state and local tax hikes on cigarettes – which have pushed per pack prices upwards of $5.50 even in dirt poor South Carolina – quitting smoking has never looked so good economically. And obviously it’s always looked good from a health standpoint.

But what about that “nicotine fix?” How can those who smoke because they are addicted to nicotine satisfy their cravings as well as their oral fixation?

Enter e-cigarettes, which use a battery-operated water vapor device to deliver nicotine to users with no smoke, no smell and no second-hand issues.

And though e-cigs vary widely in price – depending on whether a user is buying disposable or refillable – they appear to be somewhat cheaper than conventional cigarettes.

We’re not about to start smoking again, but if we were – e-cigarettes would be our clear choice. In fact we’re kinda pissed they we’re around back when we were polluting our lungs on a daily basis. Oh well, if you’re a smoker worried about your health (and your bottom line), you might want to give these nifty devices a try …

About That Vanderbilt Photo Booth Scandal