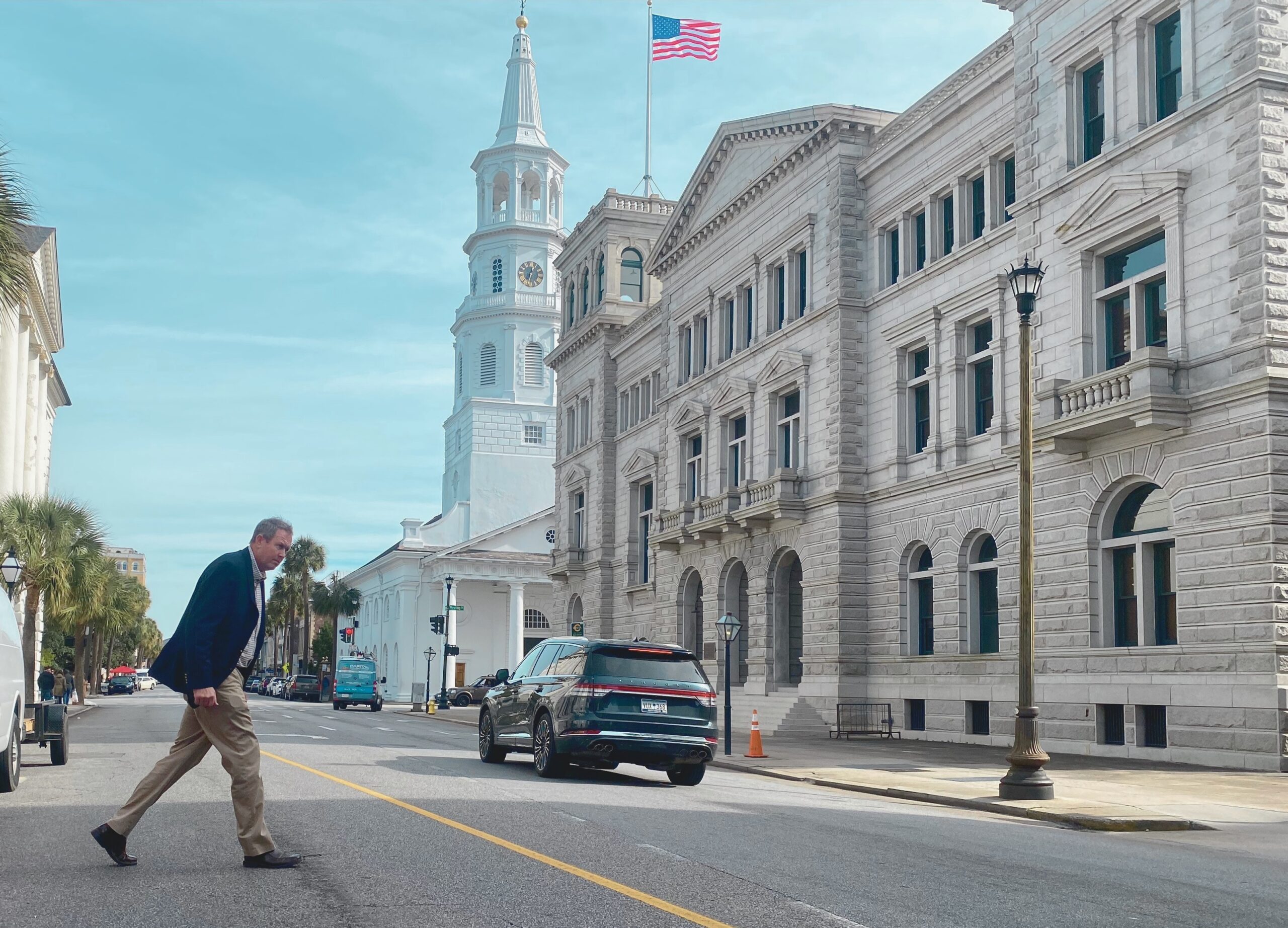 by JENN WOOD, DYLAN NOLAN and WILL FOLKS

The case of the first defendant tried in connection with the ‘Murdaugh Murders’ crime and corruption saga is finally before a jury. Sixteen of disgraced former South Carolina banker Russell Laffitte’s peers will determine his fate – perhaps as soon as today – after a two-week trial in U.S. district court in Charleston, S.C.

Laffitte, 51, of Hampton, S.C., is the former chief executive officer of Palmetto State Bank (PSB). He is staring down six federal charges: Conspiracy, bank fraud, wire fraud and three counts of misapplication of bank funds. These charges – as well as numerous state charges he is facing – are tied to his role in the financial scams allegedly orchestrated by disbarred attorney/ accused killer Alex Murdaugh.

Laffitte previously had a deal with the feds to testify against Murdaugh, but it collapsed earlier this year after he reportedly objected to the amount of prison time he would have received- rumored to be between 4-5 years.

Now, a jury will decide whether Laffitte is guilty of charges that could land him in prison for much longer than that.

How is it looking for Laffitte? Monday saw Laffitte push back against the allegation he is facing with some degree of effectiveness – although his testimony included a damning admission about his failure to pay taxes on what prosecutors contend were ill-gotten gains.

“I just didn’t want to pay taxes on it,” Laffitte said.

Matt Austin, one of Laffitte’s attorneys, rested for the defense after his client concluded his testimony – which included the playing of audio recordings which would seem to indicate at least some of the fraudulent transactions he conducted were made with the approval of his fellow bank executive committee members (and on the advice of the bank’s attorney, Trenholm Walker).

Lead federal prosecutor Emily Limehouse began her cross examination by questioning Laffitte about a $500,000 farm loan that he is accused of approving for Alex Murdaugh on February 15, 2015. The government alleges that $284,787.52 of this loan was used to pay back loans extended to him from the conservatorship of Hannah Plyler – one of the victims in this case.

Plyer – who testified last week along with her sister, Alania Plyer Spohn – was a passenger in a 1999 Ford Explorer that crashed on July 16, 2005 on Interstate 95 following a tire tread separation. The accident killed their mother, Angela, and brother, Justin – and left Alania and Hannah with serious injuries.

Murdaugh represented the Plylers in a product liability case against Ford/ Firestone and Laffitte served as their conservator beginning in November 2006 – even though they lived in Lexington County at the time and had no previous connections to him.

When Limehouse asked Laffitte if he knew what the proceeds of the farm loan were for, Laffitte replied,  “I didn’t spend the money for him, I transferred the money to pay the loan.” Limehouse pressed Laffitte a little further and asked Laffitte if Alex even knew he was going to use the farming line of credit to pay back loans made from Plyler’s account. Russell responded, “I have no clue what Alex knew.” 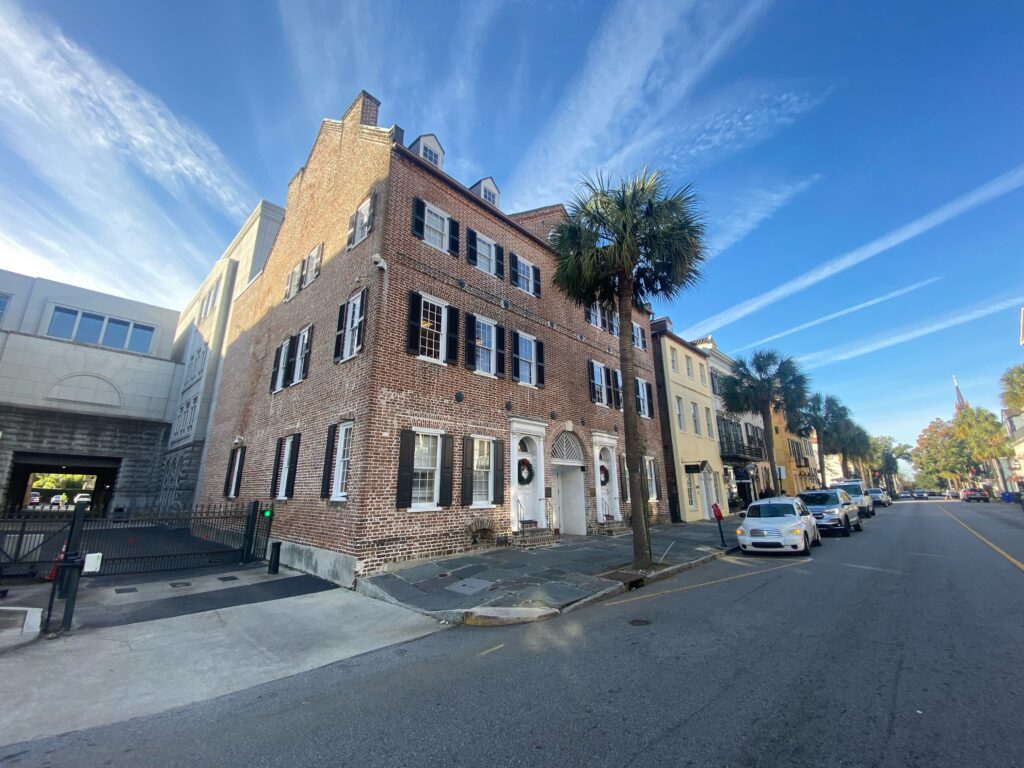 Limehouse asked Laffitte if he would confirm his signatures on their disbursement sheets and he did. She continued by asking Laffitte if he had a duty to protect the funds entrusted to these victims and pointing out to him that the disbursement sheets showed he was paid $75,000 to protect those funds. Laffitte pointed out that despite this, he never received these funds to protect and stated that, “Palmetto State Bank was not the conservator, that is how I believe Mr. Murdaugh started the theft.”

Limehouse continued to ask about the incorrect birthdate on the petition that Laffitte admitted that he signed. Laffitte stated to Limehouse, “I told you this at the bond hearing, I did not check her ID.”

Limehouse told the court that on the day the checks were drafted for Pinckney and Thomas’ accounts, Alex emailed Laffitte stating, “Can you call me?” According to Limehouse, the following day Murdaugh gave Laffitte the checks and he issued money orders to completely unrelated people. This included payments to his late wife, Maggie Murdaugh, over $1,000 to Murdaugh Charters (an LLC of Murdaugh’s), and $100,000 to Laffitte’s father, Charlie. Laffitte admitted cutting the checks but claimed he “didn’t know they were stolen funds.”

Limehouse continued her questioning by asking about an email sent from Laffitte to Murdaugh in early November 2011 about loans made to Redbeard and Zero United, two Murdaugh-related entities.

Limehouse told Laffitte that she has an email dated December 9, 2011 from Laffitte to Murdaugh asking Murduagh if his partners in Redbeard and Zero United were going to renew. This was eight days before the checks for Thomas and Pinckney were dated. Later, when asked about how Alex came to the bank with over $634,000 in checks while owing the bank hundreds of thousands of dollars, Laffitte stated, “I did what the customer instructed.”

When Limehouse asked Laffitte if the money Murdaugh used “was drawn from the client trust account” Laffitte replied, “Correct.”

Limehouse deftly switched gears and discussed the case of Arthur Badger with Laffitte. Badger was the driver of a vehicle involved in a 2011 collision with a UPS truck. The accident claimed his wife Donna Badger‘s life as well as another family member – and left Badger the single father of seven children. Badger hired Murdaugh to represent him in a civil lawsuit and was initially appointed as the personal representative of his wife Donna’s estate before Laffitte took over for him.

Murdaugh is already facing state charges tied to the Badger case – specifically the alleged theft of more than $1.33 million from Arthur Badger between February 2013 and June 2014.

Limehouse used this case to try and prove Laffitte changed his story about what he knew about this alleged fleecing. Specifically, she reminded Laffitte he testified under oath in a February deposition that he had seen a disbursement sheet related to the Badger case- yet he testified in court that he had not seen it.

When asked if he told the FBI in February that he saw the sheet when he signed it, Laffitte’s response was “I don’t recall.”

Grilled as to the $1.33 million in checks Alex Murdaugh brought to him the day after seeing the disbursement sheet for that exact amount – and subsequently paying off hundreds of thousands of loans that were extended from Hannah Plyler’s account – Laffitte’s responded “I did as the customer requested.”

Limehouse finished her cross examination by questioning Laffitte (above) about a $680,000 payment made by Palmetto State Bank to Murdaugh’s law firm – formerly known as Peters, Murdaugh, Parker, Eltzroth & Detrick, P.A. (PMPED). This payment – made last October – was to cover half of the $1.33 million allegedly taken by Murdaugh from the Badger settlement.

In her closing argument, Limehouse returned to where she began the trial – telling jurors “absolute power corrupts absolutely” as she briskly walked them through the evidence against Laffitte. This time, the charges doubtlessly hit harder – as what had been a blur of numbers and white-collar words two weeks ago now was presented in a clear picture of funds illegitimately transferred.

“For the purpose of conspiracy, the agreement is what matters…the agreement is the crime,” she said, detailing the loans, checks, and disbursement sheets they have been steeped in for the better part of the last two weeks. “He engaged in self-dealing through unilaterally negotiating a loan for himself from a child’s account … at increasingly favorable interest rates. He has testified that he paid back loans on time and with interest … that is not true.”

Limehouse also challenged Laffitte’s assertion that raiding the trust accounts as Murdaugh’s idea -highlighting how he took loans for himself from Hannah Plyler’s account months before Murdaugh was ever extended a loan.

“The loans were the defendant’s idea,” she said.


Limehouse also seized on Laffitte’s admission that he failed to pay taxes on the money.

“You heard him testify that because the checks were made out to Palmetto State Bank, he could hide them from the IRS,” she said.

In their closing arguments, Laffitte’s attorneys admitted he erred in failing to see through Murdaugh’s schemes – but according to them same could be said for Alex Murdaugh’s former law partners and the firm’s chief financial officer, Jeanne Seckinger, one of the star witnesses for the prosecution.

“Admittedly he should have checked more closely, and should have paid more attention,” former U.S. attorney Bart Daniel said. “But so should Jeanne Seckinger and the attorneys at the law firm.”

Meanwhile, attorney Austin emphasized Laffite’s prior cooperation with law enforcement, saying “most of the documents you’ve seen in this case were provided by Russell.”

“Why would Alex conspire with someone who would willingly turn documents over?” he asked.

Austin’s most effective arguments questioned whether jurors had sufficient evidence of Laffitte’s intent to convict.

“There is no solid evidence of intent … I’d ask you to hold the government accountable and find him not guilty,” Austin concluded.

Prosector Winston Holliday concluded the proceedings with a vigorous rebuttal of that assertion – arguing Laffitte’s acknowledgment about evading income taxes was a clear indication of his intention to deceive.

“It was interesting, at the beginning they said ‘wild horses couldn’t keep Laffitte off of the stand,’” Holliday said. quoting one of Laffitte’s lawyers. “Well, what did he tell you?  (That) he didn’t pay income taxes on his conservator fees? Wild horses should have drug him away before he said all of that.”