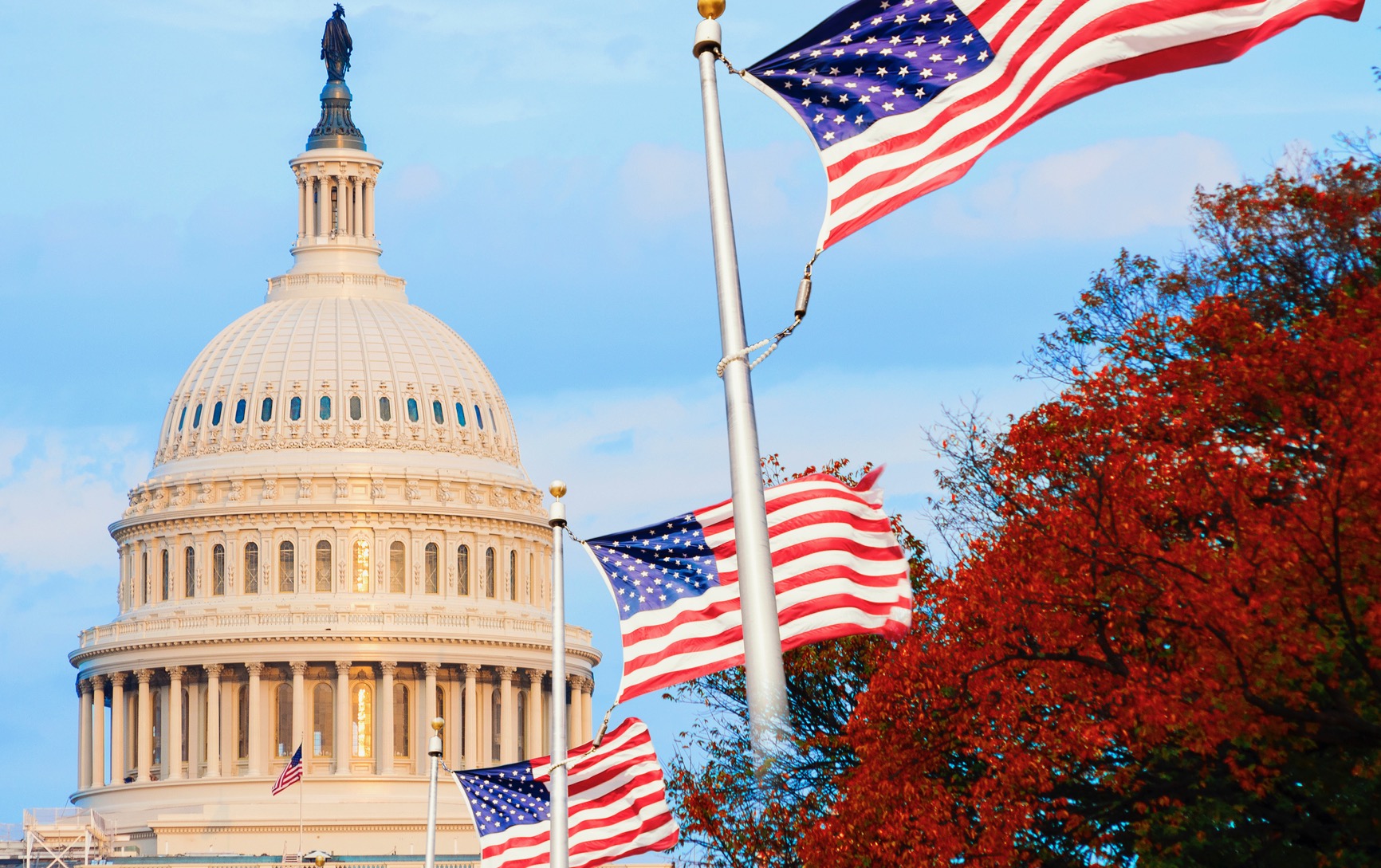 I want to thank Mr. Prioleau Alexander for writing his recent column in which he proclaimed that he was wrong about the recent midterm election. He is correct in admitting that there was no national red wave, and I applaud him for publicly acknowledging the reality of the electoral results. It is indeed rare to find a conservative or libertarian concede an error, so it was refreshing for a change.

Like Mr. Alexander I too was mistaken in my assessment of the mood of the country, for although I come from the opposite side of the political spectrum, I had expected a drubbing of the Democrats. My personal predictions were for the status quo in the Senate, however I would have not been at all surprised if the Republicans had picked up two or three seats. Likewise, I was certain that the House was a lost cause and we would witness a reshuffling with a significant Republican majority led by a feckless Kevin McCarthy. Happily, I confess my misreading of where the country is at this point in time.

Of course the blame for the failure of the Republicans to seize the opportunity that Mitch McConnell had promised would be the best year for the GOP since 1994 is now just beginning to filter through the conservative eco-system in a bit of a “Choose-Your-Own-Adventure” compendium of excuses, ranging from blaming Trump’s less than ready for primetime candidates, to the unintended consequences of a hyper-conservative Supreme Court issuing unpopular rulings. I had doubted the revulsion that many women, independents and centrists, and Generation Z voters would have regarding the conservative over-reach in the Supreme Court’s overturning Roe v. Wade, so again, I was wrong.

As a point of fact, the young truly came out for the Democrats this year, spurred on by a variety of issues ranging from concern about what kind of planet they will inherit in their lifetime, to more prosaic realities such as the right to an abortion and personal freedom. Exit polling showed that the 18 – 29 year old demographic voted a staggering 63 percent for the Democrats, and made up 12 percent of the total vote. Within that surprising figure is an even more ominous nugget for conservatives: the white 18 – 29 year olds even voted for the Democrats by a 58 percent margin.

For a party that has skewed more and more white and older, this must be a troubling trend to see that the future generation is embracing the Democrats. I know that for many of us, political self-identification is done reflexively as a community, as a tribal affiliation. “Everyone like me votes [fill in the blank], so I will too.” Having grown up in middle-class, small-town South Carolina, as a white Christian I voted Republican out of habit, without really giving it any further thought. Everyone like me was a Republican, so I just went along.


Most people, however, aren’t terribly sophisticated when it comes to politics. They just don’t follow it because they think it is boring or it doesn’t really matter. Nationally, only a little over 1/3 of adults typically vote. There are 258 million adults in the U.S. over the age of 18 years old as of 2022, of which 168 million were registeredto vote in 2020 but which may approach 175 million this year once statistics are certified for this election. Yet only a little over 98.8 million (as I write this) voted in these midterms. That is about 38 percent of the total adult population, or roughly 59 percent of total registered voters. To say that “most people” believe anything based on voting results is disingenuous, since a small fraction bother to register and then vote.

Don’t get me wrong, I am no fan of Biden, and even less of Schumer and Pelosi, I just don’t prescribe him any magical super-powers to be able to spitefully jack up inflation or spike the price of gas just to “own the Trumpists,” much as I would wish it. As I’m sure Mr. Alexander is aware, the increase in inflation is a global phenomenon, largely a result of the seismic disruption caused by shutting down the global supply chain in 2020, as well as the effect on oil distribution due to geo-political changes (most notably the Ukraine war). Up until this summer when Russia’s invasion of Ukraine upended the global oil market, gas prices were historically lower than they were in the early 1980s adjusted for inflation.

As for the other drivers Mr. Alexander mentions that should have been slam dunks for a red wave, the lawlessness and violence associated with life in the United States is certainly something that I can agree with him about. But I come to a different conclusion as to not only the cause but also the remedy. Yes, there has been a rise in South Carolina’s murder rate, but there has also been a decline in overall violent crime by 5%. The media loves to lead with blood and gore. Crime, violence and personal tragedy bring eyes and clicks to both local television news shows but also online newspapers such as the venerable FITSNews. I get it, what’s the old journalism adage? “If it bleeds, it leads.” Yet, the narrative about rising crime and violence seems largely to be a perception issue.

While there has been a slight increase in violent crime across the United States beginning in 2015, it remains near a 30-year low. Yet America’s murder rate continues to be higher than most other developed countries. A lot higher. But then again, that’s nothing new. Gun violence in America is the culprit. Fear, whether founded or unfounded, is a visceral reaction. Flight or fight and survival instincts are primal, and when we are bombarded by stories about crime, mass shootings, and horrible personal tragedies on a daily basis it obviously takes a toll. For instance, in France the murder rate is also near its 30-year low, at 1.35 per 100,000 people, which is almost 1/10th of South Carolina’s, and yet the French are also worried about violent crime largely fanned by the 24 hour news channels.

The empty rhetoric about the southern border is another tired tune that has been sung for years by the Republicans. Like the failure of the Democrats in securing abortion rights as a law during the past 50 years, using the fig leaf of the Roe v. Wade decision as camouflage for not doing anything legislatively, so to the Republicans use illegal immigration and the “build that wall” rallying cry to rile their base even though they failed to meaningfully do anything about this supposed crisis while in control of both Congress and the presidency. I’m sure Mr. Alexander knows that illegal immigrants cannot get either Medicaid nor “Food Stamps,” and that the largest recipients of government entitlements are poor white Americans (which J. D. Vance, the newly elected Republican Senator, so eloquently writes about in his book “Hillbilly Elegy.”).

If I’m not mistaken, there has been a lot of rumbling from the business community about not being able to find laborers, especially in the low-skill, minimum wage service sector. The unemployment rate is near historic lows at 3.7 percent nationally and in certain sectors of the economy such as agriculture the use of immigrant labor, whether documented or undocumented, is essential. Ask any small business owner about what it is like hiring and keeping young employees, and they will undoubtedly moan about how this new generation lacks discipline and a “work ethic.” But when asked about hiring immigrants, almost universally they respond how hard they work. Scapegoating immigrants for larger social, demographic issues is no longer a salient argument, at least not for the educated voter.

Indeed, education level is the new differentiating factor between the political parties. The more one is educated, the more likely one is to vote for a Democrat, whereas the least educated vote for Republicans. In the 2022 midterm elections, Democrats won 77 percent of the U.S.’s most highly educated Congressional districts, while Republicans won control of the 66 percent districts where the fewest people went to college. In fact, white college graduates made up a whopping 34 percent of the electorate these midterms, and the majority voted for the Democrats (50 percent). Among non-white college graduates (another 9% of the electorate) the trend was even more pronounced with 68 percent voting for the Democrats.

I could continue in my refutation of Mr. Alexander’s detailed mea culpa, but I would like to close with a note about the threat to democracy that Trumpists pose to the American republic. As I’ve already noted, so few Americans actually take the trouble to vote that I would hope we could make it easier instead of making it harder to vote, which is what Republican controlled legislatures have tried and accomplished in the past few years. Isn’t that what this experiment in representative democracy for the past 200 hundred years should be working towards? Instead, we are seeing not only attempts to limit voting, but a further radicalization and a trend towards violence on the political right.

Call it neo-fascism, proto-authoritarianism, whatever label you want to give it, the threat to our constitutional freedoms as Americans is coming from not necessarily the KKK or Christian nationalists, but I wouldn’t poo-poo those groups either. The January 6 attempted coup/insurrection, the calls for civil war by Trumpists, the targeting of Pelosi’s home, the attack on the FBI in Cincinnati, threats of violence against elected officials across the country by right-wing extremists, and the growing intimidation by armed militias monitoring electoral voting have all happened in the past few months. Let’s be honest and take this seriously.

Until the Republicans break from their radical right, more and more Americans will continue to view the GOP as not a viable electoral option. I am not arguing that the Democrats are perfect. They too have their faults and need to purge their leadership so that a new generation can take power. But at least the Democrats don’t have a Donald Trump.

Thanks for this opportunity to voice my opinion. I enjoy reading FITSNews as an independent, non-corporate source for South Carolina focused news (and opinion).

Buck Jones is originally from South Carolina and a writer living in Paris, France. He is a regular contributor to Atlanta’s newspaper “The Georgia Voice” and the author of the novel “The Last Good Republican.”