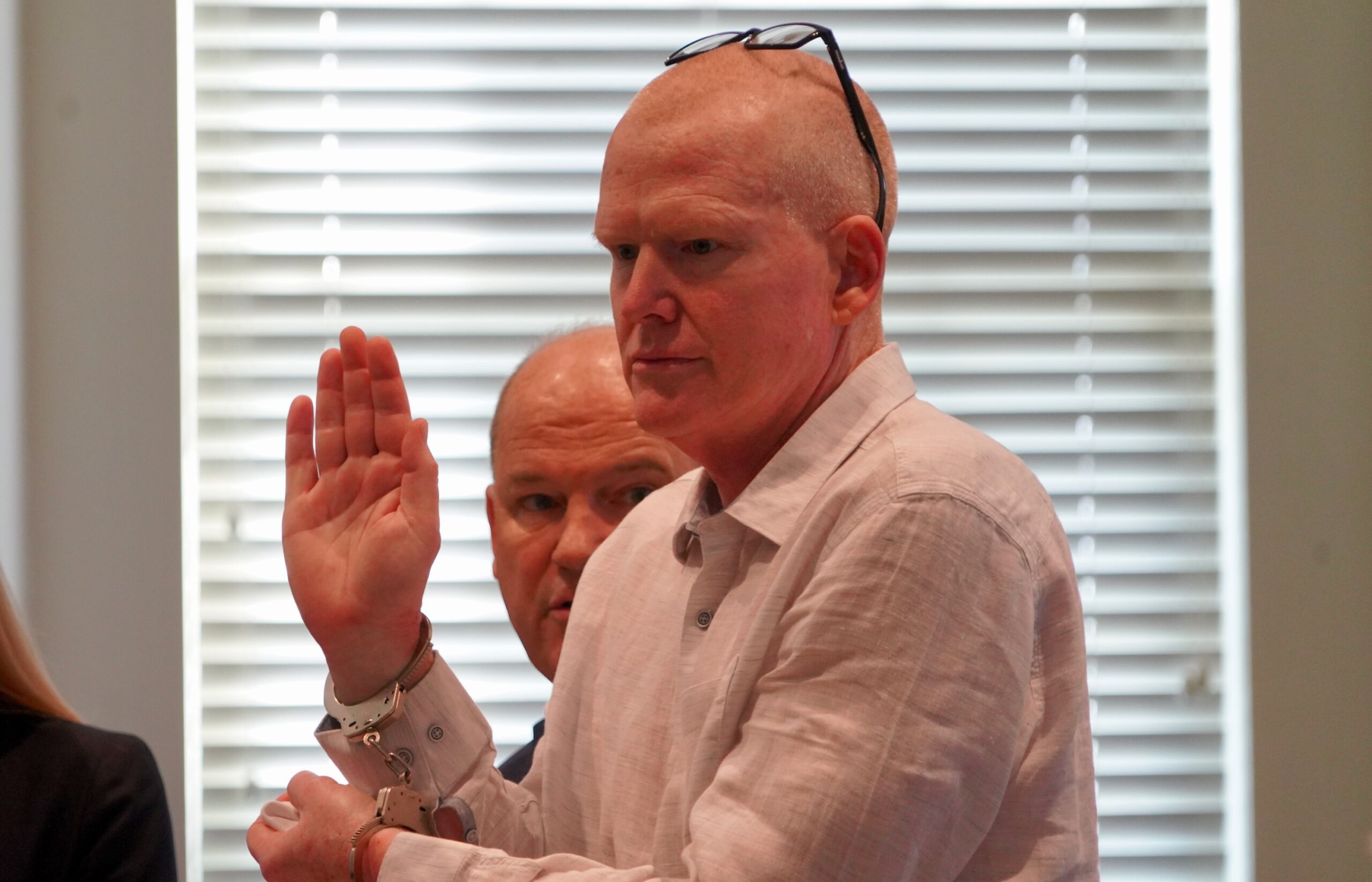 Disbarred attorney and accused killer Alex Murdaugh had planned on invoking his Fifth Amendment right against self-incrimination if called to testify in the ongoing federal trial of his former banker, Russell Laffitte.

In fact, there was a huge debate between federal prosecutors and defense attorneys prior to the trial – the first criminal case tied to the ‘Murdaugh Murders’ crime and corruption saga – over how to handle Murdaugh’s assertion of his constitutional right not to incriminate himself.

Now, sources close to the case – which has drawn a bead on Murdaugh’s potential motive for murder – say the man at the center of the still-raging storm wants to testify. Or at the very least would testify, if called under the right conditions.

Murdaugh’s attorney, Jim Griffin, sent a letter to the court recently outlining the conditions under which his client would appear as a witness for Laffitte.

Griffin declined to confirm reports that Murdaugh “wanted” to testify, however. Nor did he give any indication as to what Murdaugh might say in the event he were to be called to the stand.

“I’m not going to comment on the substance of what he would say,” Griffin said.

Instead, he described his client as “willing” to testify – assuming the federal government agreed to the specific conditions outlined in his letter to the court.


Those conditions? Citing his letter, Griffin pointed to the possible extension of “limited use immunity” which would cover Murdaugh’s testimony or, in lieu of that, an agreement by prosecutors – with the approval of U.S. district court judge Richard Gergel – to limit “the scope of his testimony as to what the scope of his communications were with Russell Laffitte.”

Such agreement on either count seems unlikely, though, according to Griffin.

“I don’t think they are going to agree to those parameters,” Griffin told me.

According to my sources, lead federal prosecutor Emily Limehouse has already indicated to defense counsel that she is not inclined to offer any immunity to Murdaugh – nor is she inclined to agree to any limitations related to his envisioned testimony.

Attorney Derek Shoemake – who serves as a spokesperson for the office of U.S. attorney Adair Ford Boroughs – declined to discuss the government’s position on Murdaugh’s potential testimony.

“We’re not going to comment on trial procedures,” Shoemake told me.

According to a signed order (.pdf) from Gergel which was unsealed on Wednesday, Murdaugh will not be called to the stand if all he intends to do is plead the Fifth Amendment.

“The Court denies (Laffitte)’s request to call Murdaugh to the stand (emphasis original),” the order noted. “There is no dispute Murdaugh would invoke his Fifth Amendment privilege against self-incrimination if called.”

As of this writing, Laffitte remains the only person charged federally in connection with this multi-layered, multi-faceted scandal.

Fired by PSB back in January, Laffitte has claimed he is merely a “pawn” who was following orders from Murdaugh – and others. The former banker also made multiple recordings of conversations between him and other bank officials regarding some of the transactions at the heart of the various state and federal charges – recordings which could prove a larger conspiracy in this case.

Murdaugh has not been charged at the federal level, but is currently facing 90 individual counts of alleged criminal activity involving “schemes to defraud victims” of nearly $9 million at the state level. The former partner at the law firm formerly known as Peters, Murdaugh, Parker, Eltzroth & Detrick, P.A. (PMPED) is also staring down murder charges related to the June 7, 2021 killings of his wife and younger son. Those murders were committed not long after statewide grand jurors began their investigation into Murdaugh’s financial affairs – and three days before Murdaugh was scheduled to respond to a subpoena for his financial records in connection with a high-profile wrongful death case linked to his family.

That bombshell revelation was dropped by Limehouse in her opening argument in the Laffitte case – and expounded upon in her direct examination of Seckinger, the second witness in the trial.