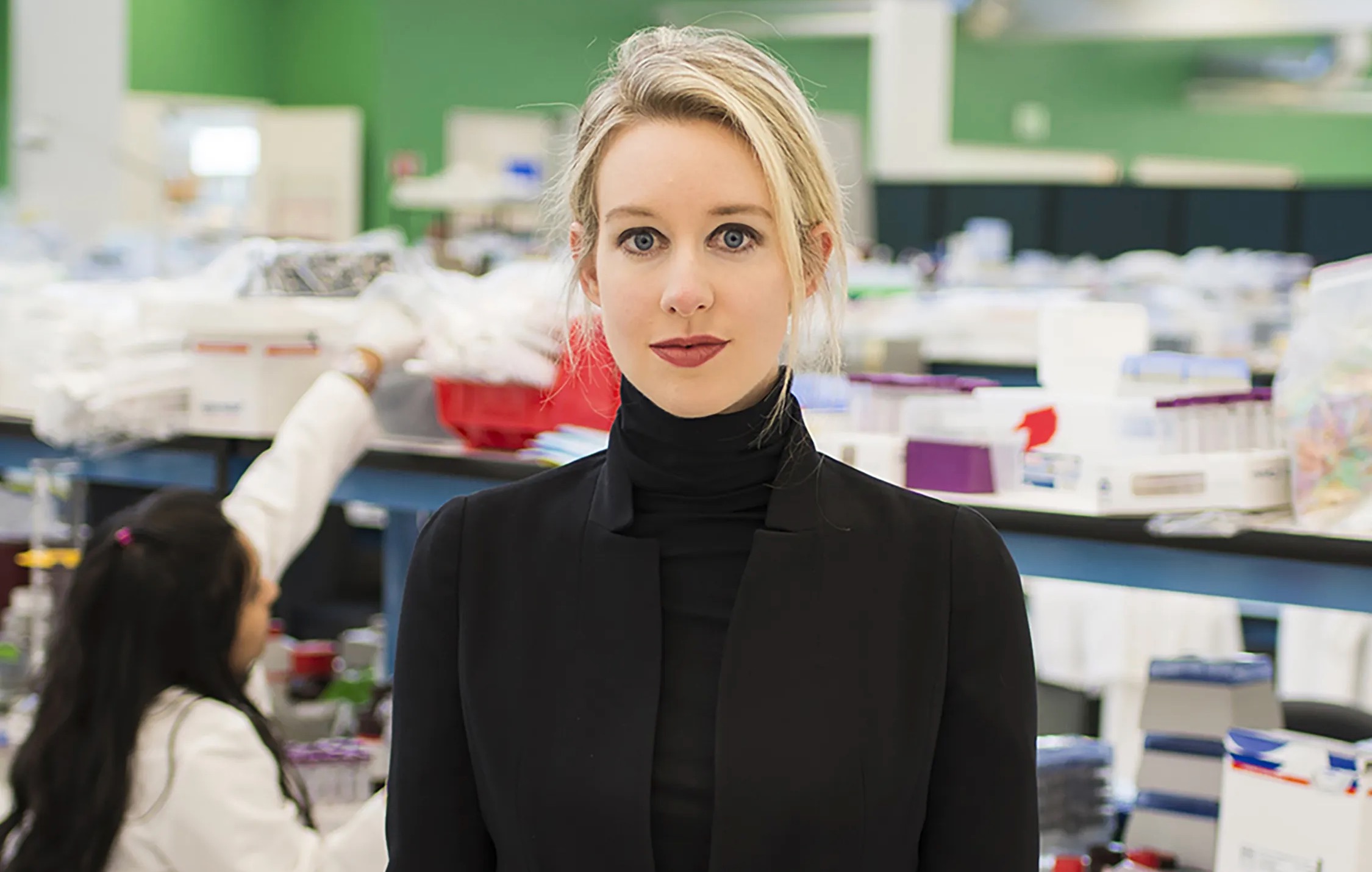 I recently watched The Inventor: Out for Blood in Silicon Valley, a documentary about Elizabeth Holmes, the founder and CEO of Theranos.

Theranos was a blood-testing company that claimed it would revolutionize the blood testing industry, and rescue Americans from Big Blood companies like LabCorp, which use massive laboratories and take days to complete tests … expensive tests.

Sounds good, right? The goal of Theranos was to “miniaturize” testing, and as a result:

I confess I knew nothing about Theranos before sitting to watch the doc, probably because I’ve never had any interest in start-ups in California. I’d never even heard the name Elizabeth Holmes.

When they showed the “Edison” machine for the first time, I was amazed. They planned to compress an entire laboratory into a desktop printer? If it could be done, why hadn’t one of the global behemoths have already created one — and added those efficiencies to their bottom-line profits?

However, crazier things have happened … look at smart phones. Still, it seemed odd. The Edison wasn’t a box the size of a refrigerator they planned to shrink over the decades … this was like Apple announcing the original iPhone would do everything the iPhone 16 currently does … before development of any sort of iPhone even began.

I knew there was trouble ahead when the documentarians produced the media’s gushing praise for Theranos’ “board of directors like no other.” When they showed the names, I even paused my TV and forced my wife to listen to my explanation of why this was, arguably, the stupidest collection of know-it-all, know-nothings in the history of a medical or technical start-ups. Yes, their presence on the board would raise lots money, and they’d get paid handsomely by being on the board, but here’s what their collective experience brought to the board: Zip.


In other words, Elizabeth Holmes would be spending hundreds of millions of dollars without adult supervision, guidance, or expertise.

That’s what she wanted, of course — she brought aboard the most reputable stooges in the country. No hematologists, no mechanical engineers, no product engineers, and no businessmen.  Not one person who knew something — anything — about her business … or business in general.

Wouldn’t you want everyone on the board to at least know how to read and analyze a spreadsheet? Perhaps someone who knows something about start-ups, based on personal experience? Maybe at least someone who graduated last week with a major in mechanical engineering?

Here are some of the “brilliant” minds they recruited:

Secretaries of State George Schultz and Henry Kissinger. Hmm. Is this so they could negotiate with uncooperative blood cells? Provide the cells with membrane aid if they test properly? Maybe carpet bomb them if they refused to produce accurate results when tested?

Former Secretary of Defense William Perry. Now we’re getting somewhere. If Mattis or Roughhead got too self-important, Perry could remind him that back when people still knew he was alive, he outranked military generals. And he was one of the world’s leading authorities on nodding along in briefs where defense contractors explained why a hammer cost $875.

Former CEO of Wells Fargo Richard Kovacevich. When I think start-ups, I always look to guys who once oversaw rounding errors in the billions. My guess is he’d be invaluable reading spreadsheets that include line items for things like “employee snacks,” and providing guidance on how to deal with the FDA approval processes.

Chairman of the board of Bechtel Group Inc, Richard Bechtel. This was a “just in case” decision … like, just in case they wanted to build the Edison machine the size of the Pentagon, or needed a good deal on 500 million steel girders.

Heart and lung transplant surgeon and former senator William H. Frist. Huzzah! Someone who went to med school! Who cares that he hasn’t practiced since 1995 when bag phones were all the rage — he’d be able to clear his throat during board meetings with the very best of them.

Former epidemiologist and director of the CDC, William H Foege. We’re getting traction now … a blood doc who knows bureaucracy and how to bulldoze medical systems into hospitals. He — wait, what? — he served as the head of the CDC when Jimmy Carter was in office? When personal computers didn’t even exist? Well, no matter — he no doubt remained very relevant, and still maintained razor-sharp relationships with all the players in Big Medicine during that 30-year gap.

The board did what Ms. Holmes wanted them to do — bloviate about their confidence in her, so that venture capitalists and corporations would dump zillions of dollars into Theranos, assuming that such an august group of great men knew what they were talking about.

Here’s what the board didn’t do:

George Schultz’s own grandson, who worked for the company, came to him and said, “This is a scam. The laws of thermos-dynamics won’t allow the Edison to work. It’s a joke.” What did George say — being the world’s leading expert in business, technology, lab work, physics, and engineering?

“You don’t know what you’re talking about.” That’s what he said.

But they weren’t alone, of course. The venture capitalists investing other people’s money never looked inside the Edison machine. And Ms. Holmes and her lover structured the workforce into silos, so even the employees could never take a collective look.

No one ever looked. There was no collaboration, or redundancy, or quality control … just the mesmerizing personality and excellent “leadership” of Ms. Holmes and her lover, Sunny. According to criminal profilers, those are both character traits in sociopathic and narcissistic personalities. Psychopaths also share those traits, but are far more dangerous — apparently many can charm the habit off a nun, all the while playing a game of 3-D chess that places them five steps ahead of their victims.

And so it goes: After squandering every dollar they could swindle, Theranos imploded. Of course.

Ms. Holmes just got 11 years in the clink.

Nothing will happen to the board of directors, of course, because they are rich, famous, and powerful. Their role in the debacle vanished from view within a few weeks.

The people in charge are there because they are the most Machiavellian. Maybe the most skillful politicians, willing to backstab their best friend. Perhaps they were in the lucky sperm club, or gambled big and just plain got lucky.

Sure, sometimes the best and brightest make it huge, but proceed with caution when assuming so … Steve Jobs and Bill Gates did amazing things when they were young, but once they got traction it was ruthlessness, not smarts, that put them at the top of the world.

There’s a bumper sticker you see from time to time: Question Authority. As a younger man I thought it meant “the system.” Now, I view it as a broader message: Question Everything That Impacts Your Life. Force yourself to dig into what you’re being told, and strangle it until the logical truth emerges. Think for yourself. And don’t assume anyone with power, prestige, position, wealth, or fame is smarter than you.

Oh, they may have a breathtaking level of niche-knowledge that enables them to excel in one area, but don’t assume they’re smarter than you.

Statistically, the odds are they aren’t.