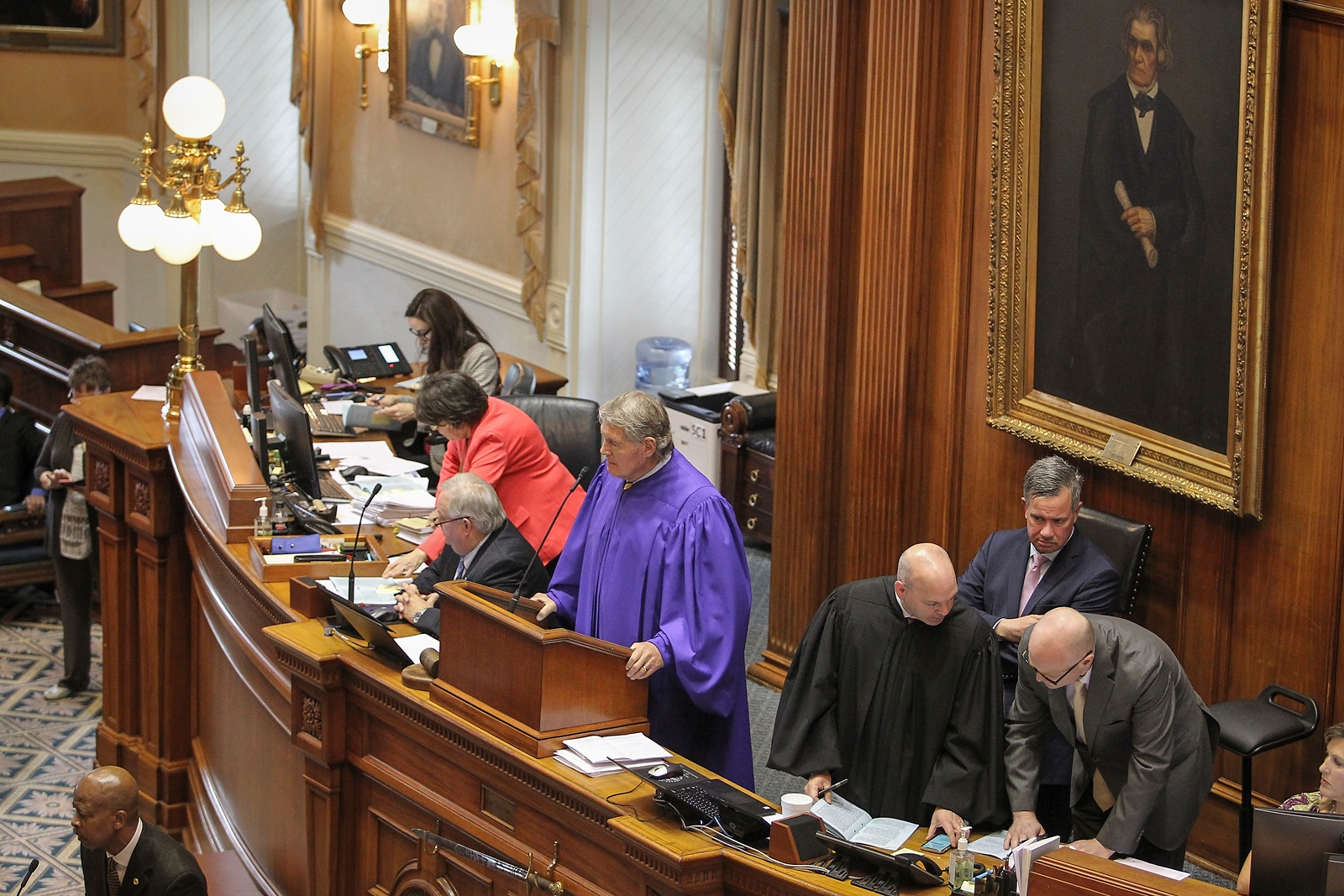 In the wake of last June’s reversal of Roe v. Wade by the Supreme Court of the United States, the South Carolina General Assembly has been debating whether to make our state’s abortion law more restrictive.

The current “fetal heartbeat” law – recently stayed by the South Carolina Supreme Court while it considers a legal challenge – bans an abortion after a fetal heartbeat is detected, usually at about the six-week mark, unless the pregnancy is caused by rape or incest, the unborn child is diagnosed with a fatal fetal anomaly, or an abortion is necessary to protect the life or health of the mother.

On August 31, the South Carolina House passed and sent to the South Carolina Senate a bill that would replace the fetal-heartbeat abortion ban with a ban from the time of conception, with exceptions only for rape/ incest and the life/ health of the mother. On September 8, the Senate passed an amendment rejecting the new at-conception ban and reaffirming the existing law.

On September 27, the House non-concurred with the Senate amendment – and the Senate will reconvene next Tuesday to decide whether to accept the House version or to insist on its amendment.

We take this opportunity to point out two critical defects in the House version and to urge our colleagues to insist on the Senate amendment.


First, the House version could have the (perhaps unintended) effect of making many commonly used contraceptives illegal. Here’s why:

Its stated intent is to “protect the life of every human being from conception” and to prevent the death of “the unborn human being,” which is defined as “an individual organism of the species homo sapiens from conception until live birth.” Conception occurs when a male’s sperm fertilizes a female’s egg in the fallopian tube.

There is a discernable legislative intent here to protect a fertilized egg, which means the use of Plan B and IUDs would be illegal because they sometimes work by “killing” a fertilized egg through preventing its implantation in the uterus. This intent is reinforced by the House version’s limitation of allowable contraceptives to only those that “prevent conception.”

This repeated emphasis on conception and a fertilized egg could also have implications for what is colloquially known as “the pill,” which works in three ways: first, by preventing ovulation; second, in case ovulation does occur, by preventing the sperm from fertilizing the egg; finally, as a backup to the backup, by rendering the uterine wall inhospitable to implantation.

Words matter in legislation, and the words used in the House version are simply not precise enough to allay concerns about their impacts on commonly used contraceptives.

Second, the House version of the bill would require a woman to carry to term an unborn child diagnosed by a physician as having a fatal fetal anomaly – that is, a profound and irremediable congenital or chromosomal anomaly that is incompatible with sustaining life after birth.

Cases where, for instance, an unborn child is diagnosed with anencephaly, that is, without parts of the brain necessary to survive outside the womb. Or with bilateral renal agenesis, a condition in which the baby’s kidneys never develop, where 40 percent of babies are stillborn, and if born alive, live only a few hours.

Proponents of the House version say a woman should be forced to give birth if there’s a possibility the child might live for minutes or hours, so a grieving family can “show love and say good-bye,” a direct quote from the floor debate. We respect women and families who make that choice, but the legislature shouldn’t be in the business of dictating the proper way to grieve.

A potential ban on commonly used contraceptives and no exception for fatal fetal anomalies – for these two reasons alone, we respectfully ask our Senate colleagues to bring reasonableness back to the abortion debate next Tuesday, and to insist on the Senate amendment.

Katrina Shealy and Tom Davis are members of the South Carolina Senate representing the people of Lexington and Beaufort counties, respectively.

Election 2022: South Carolina Voters Are Getting The Government They Deserve