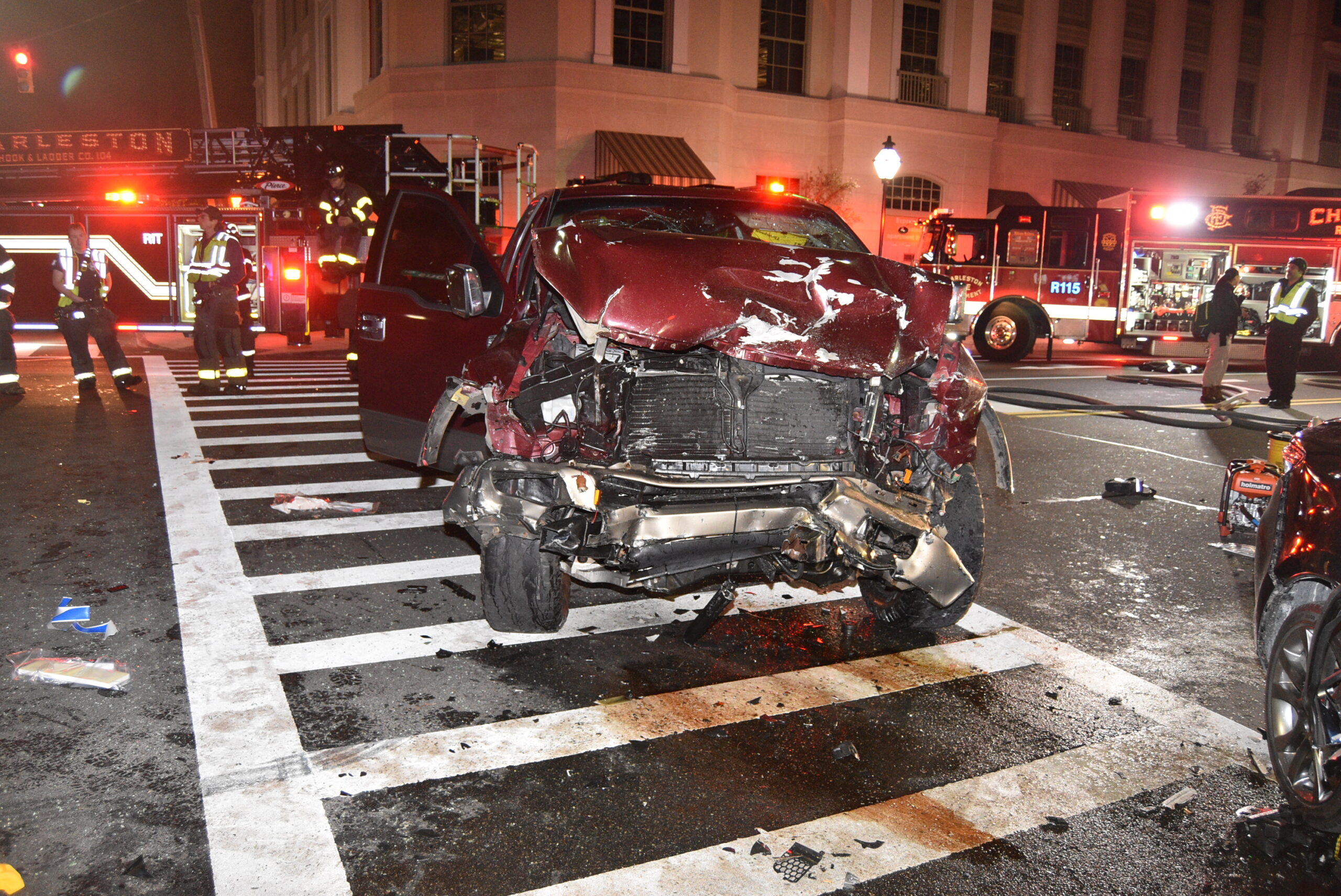 A North Charleston, South Carolina man has been sentenced to fourteen years in a Palmetto State correctional facility after pleading guilty to felony driving under the influence in connection with a January 2019 crash that left one person dead and seriously injured several others.

Thomas Cade Garris entered his guilty plea “as the state was preparing to select a jury for (his) trial,” according to a news release (.pdf) from the office of S.C. ninth circuit solicitor Scarlett Wilson.

At approximately 2:17 a.m. EST on the morning of January 26, 2019, Garris and his girlfriend left Mynt – a downtown Charleston nightclub “after being asked to leave the establishment for rowdy behavior,” according to the release.

“After arguing for some time in the alleyway next to the bar, Garris drove his Ford F-150 truck from a nearby parking lot and picked up his girlfriend, who needed assistance from several others to stand and get into the truck,” the release continued.

Proceeding north on Meeting Street and traveling at an estimated 56 miles per hour – 21 miles per hour above the posted limit – the F-150 operated by Garris “disregarded a solid red stoplight and struck a Mazda Sedan which was lawfully traveling through the intersection of Meeting and Columbus Streets.”

“The Mazda then hit the corner of a building,” a report from WCIV TV 4 (ABC – Charleston, S.C.) noted.

At the time of the collision, Garris’ blood alcohol content (BAC) was estimated to be .162 – which is more than twice the legal limit to operate a motor vehicle in South Carolina.

As a result of the collision, the front passenger of the Mazda died and the driver and rear passenger sustained serious injuries which required “months of medical treatment and rehabilitation.”

Wilson’s office noted it was “especially appreciative of the surviving victims of this crime and the family of the deceased, who have shown great patience and restraint throughout a difficult criminal process.” The solicitor also credited the city of Charleston police department – and specifically its major accident investigation team.

Prior to entering his plea, Garris had faced a minimum of one year behind bars and a maximum of 25 years in prison. He is expected to serve at least 85 percent of the fourteen-year sentence imposed upon him by S.C. circuit court judge Robert Bonds.