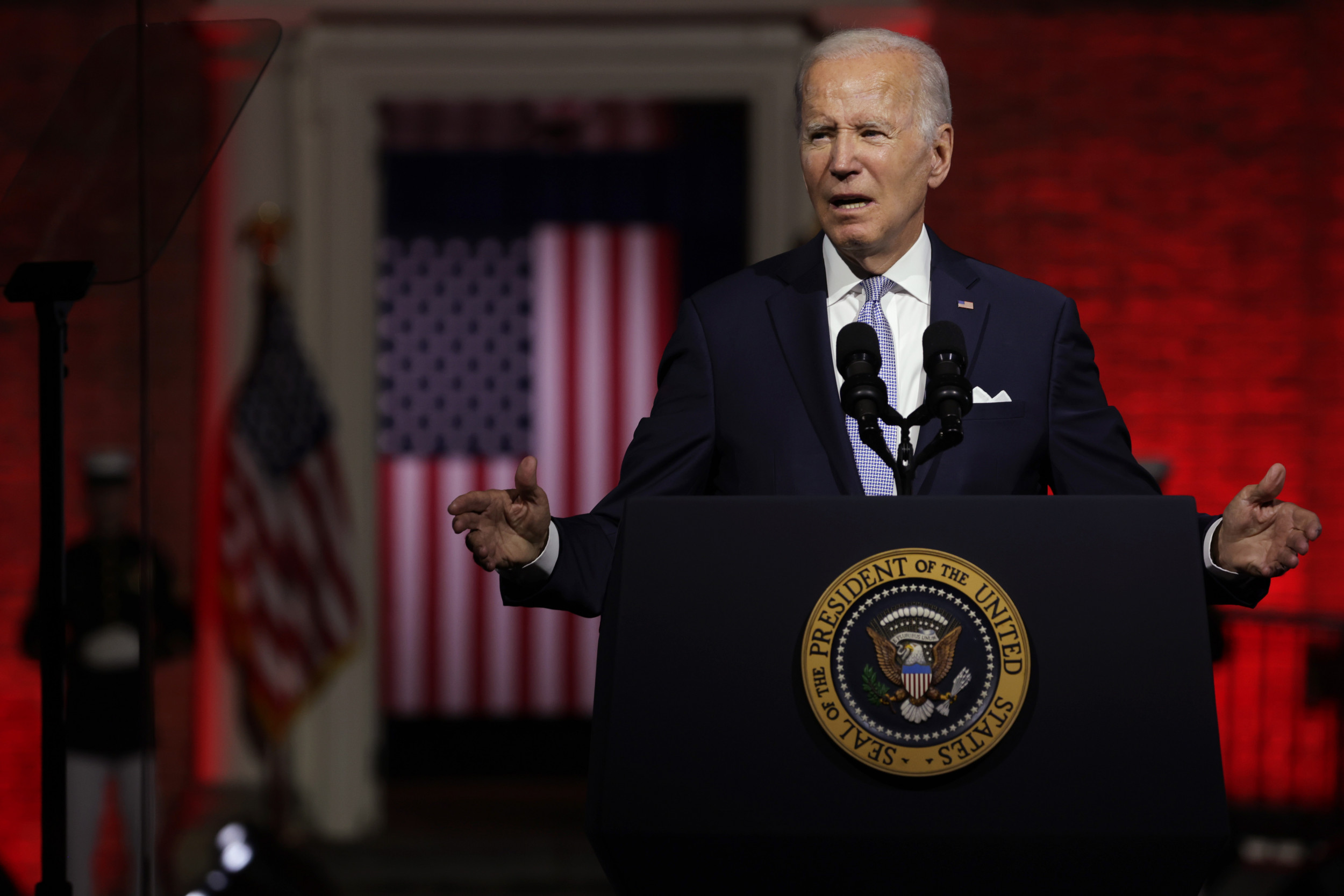 When Donald Trump ran for President, he provided a list of things he would do. Among those things:

—Secure the borders and ensure immigrants enter our country through the steps written in our laws.

—Get us out of the Paris Climate Accords, as China and India are 100 percent exempt from taking any steps to lower carbon emissions.

—Revamp our international trade agreements, and ensure we are getting the best deal possible.

—Stand up to China for it’s currency manipulation, theft of intellectual property, and trade imbalance.

—Bring manufacturing back to America.

—Put America first when dealing with other countries.

He chose as his slogan, “Make America Great Again,” which his supporters viewed as a summation of the concept, “Bring America back as a global leader, stop the Obama policy of apologizing for our actions, and give us reasons to be proud of our nation again … a nation where people respectfully stand up when the flag goes by.”

His detractors claimed the MAGA slogan was code for “take us back to the days when Blacks, women, gays, lesbians, and other minorities were oppressed.”

Although he delivered on all of his campaign promises, he proved to be too acerbic for the American population. President Joe Biden wisely stayed in his basement during the campaign, and allowed President Trump to hang himself via mean tweets and his abrasive personality.

During his inauguration speech, President Biden stated, “Today, on this January day, my whole soul is in this: Bringing America together. Uniting our people. And uniting our nation. We must end this uncivil war that pits red against blue, rural versus urban, conservative versus liberal.”

With that, Trump was gone. Banned from Twitter, he no longer had a plausible way to communicate with the 75,000,000 Americans who voted for him. Except for the riot on January 6th, the MAGA crowd has remained peaceful, and had only FOX news, talk radio, and conservative websites to broadcast their gripes and frustrations.

President Biden went on to reverse all of President Trump’s executive orders, and with lightning speed proved himself to be the most inept President in modern history:

—A return to energy dependence.

—A war in Ukraine.

—A humiliating retreat from Afghanistan.

—An explosion in crime.

Then, on September 1, 2022, President Biden showed us his commitment to unifying America — the 80,000,000 people who voted for him, and the 75,000,000 who voted for Trump. Standing in front of blood red spotlights and symbolically flanked by two U.S. Marines, he offered these unifying thoughts:

“Donald Trump and the MAGA Republicans represent an extremism that threatens the very foundations of our republic.”

“MAGA Republicans do not respect the Constitution. They do not believe in the rule of law.”

MAGA Republicans “promote authoritarian leaders, and they fan the flames of political violence that are a threat to our personal rights, to the pursuit of justice, to the rule of law, to the very soul of this country.”

“On top of that, there are public figures—today, yesterday, and the day before— predicting and all but calling for mass violence and rioting in the streets.”

“No matter what the white supremacists and extremists say, I made a bet on you, the American people, and that bet is paying off.”

Here was the response from America’s media:

MSNBC: The soaring rhetoric was needed for the soul of the country, for people to hear the language of freedom and democracy be used to advance civil rights, not restrict them.

NBC News: America has faced down its fascist demons before. And we can do it again.

The Atlantic: Biden’s sharp speech has only one justification: So much of it is true.

CNN: “It was a very, very patriotic speech”

Chuck Todd, NBC Meet the Press: “This was easily the most important speech he’s given, and I think it was his best.”

Regardless of one’s hatred for Trump, conservatives, and traditional values, the question should be asked: Did this speech really help unify America?

But President Biden gave that speech because his handlers and strategists aren’t stupid. They’ve done the polls and research, and have discovered the mid-term bloodbath is looking worse than they thought. This speech was an act of desperation, delivered to excite the Left and inspire them to vote and “save America” from the Orange Man.

The attacks on the Orange Man are especially ponderous at this time, because — whether he’s tried or not — he’s rarely appeared in the news. I should know … the Orange Man provides me with endless entertainment, and I keep an eye out for his stunts, especially the ones that result in the shrieks and rage of the media. The only extensive coverage he’s really received is regarding the Democrats sixth year of using the weaponized FBI and DOJ to try and find something — anything — they can use to put him in jail.


The fact that the Orange Man isn’t on the ballot in the mid-terms doesn’t matter. The message is clear: Your Republican neighbors are the enemy. They aren’t just political opponents — they are literally potential killers who want to be ruled by a fascist strongman, and aim to topple the nation by any means necessary. If you don’t get out and vote in the mid-terms, they will drag you out of your home and burn you at a stake.

Politically, it wasn’t unprecedented. Lindsey Graham used the same ploy successfully. He went from dough-boy RINO to tough guy in the Kavanaugh hearings, and South Carolina Republicans fell for it hook, line, and sinker. Decades of his milquetoast representation was gone in a flash, and he became a “hard-nosed” leader.

So … if Trump runs, does anyone really think Republicans will vote against him? Cross over and vote for whoever the DNC can convince to run? After this disastrous administration? On the ideal that being represented by an unintelligible, senile old man is better than mean Tweets and egotistical behavior?

Since the presidency of Thomas Jefferson, when the economy is bad Americans have asked themselves, “Am I better off than I was four years ago.” And 100 percent of the time they vote that issue. Every single time.

Want recent proof? After the Gulf War, George H. W. Bush had the highest approval ratings of any president in modern history. He was a WWII war hero, had the manners of gentleman, and was beloved especially by Americans over 50. Bill Clinton beat him by running on the mantra, “(it’s) the economy, stupid.”

There’s not a chance anyone even slightly right of center will vote liberal.

The Democrats are desperate, and their media is hyping up the fact that mid-term races are “tightening,” and “the economy is strong.” And isn’t it amusing that in the two weeks leading up to his poisonous speech, President Biden’s approval ratings went up ten points? Out of thin air, despite the fact nothing has changed?

Whoever runs as the GOP nominee will take President Biden’s speech, and reshape the message to, “The democrats think you are violent extremists, who do not respect the Constitution or the rule of law.” No one will remember “MAGA republican” … they’ll remember “republican.”

Laughably, the day after the speech President Biden said to FOX news’ Peter Doocy, “I don’t consider any Trump supporters a threat to the country. I do think anyone who calls for the use of violence, refuses to acknowledge an election … changing the way you count votes, that is a threat to democracy.”

Sounds like his people did some overnight polling about the speech. Too late, Mr. President.

This speech will pay dividends beyond even Hillary’s “deplorable” remark. In all likelihood, it just handed the White House to the Republicans in 2024.

Tom Davis: The Aftermath Of Roe’s Reversal In South Carolina