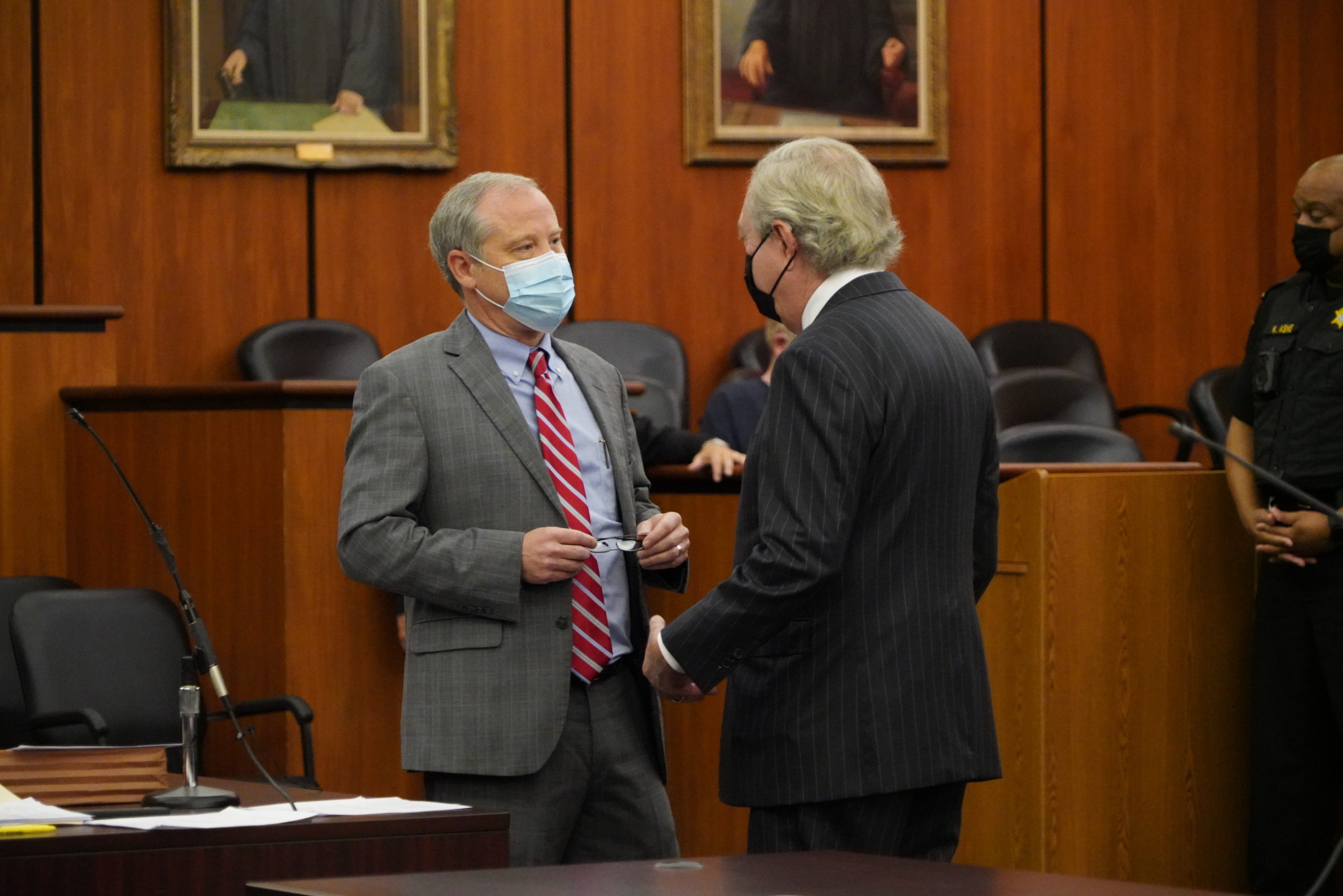 Prosecutors attending a scheduled bond hearing in Colleton County, South Carolina this week for accused murderer Alex Murdaugh will provide S.C. circuit court judge Clifton Newman with limited evidence and information about the grisly crimes the former attorney has been accused of committing.

Or so say sources with knowledge of the upcoming proceeding …

Newman, readers will recall, denied Murdaugh bond last fall in connection with a pair of property tax crimes. His bond was subsequently set at $7 million by S.C. circuit court judge Alison Lee in connection with a host of additional financial crimes handed down by the S.C. statewide grand jury. Murdaugh has yet to make this bond – and remains incarcerated at the Alvin S. Glenn detention center outside of Columbia, S.C.

Last week, as this news outlet exclusively reported, a Colleton County grand jury indicted Murdaugh for the June 7, 2021 murders of his wife – 52-year-old Maggie Murdaugh – and youngest son, 22-year-old Paul Murdaugh. Murdaugh was also charged with two counts of possessing a weapon during the commission of a violent crime.

He could face electrocution or a firing squad if convicted on the two murder charges, although S.C. attorney general Alan Wilson has yet to indicate whether he will seek the death penalty in this case.

The disbarred 53-year-old lawyer – whose powerful family and influential law firm are institutions in the Palmetto Lowcountry – is accused of killing wife and son on the family’s sprawling 1,700-acre hunting property next to the Salkehatchie River on the border of Colleton and Hampton counties. Paul Murdaugh was hit by a pair of shotgun blasts – one to the head, the other to the arm and chest. Maggie Murdaugh was killed by multiple shots from a semi-automatic rifle at or around the time her son was killed. At least two of Maggie Murdaugh’s gunshot wounds were reportedly inflicted as she was laying on the ground – consistent with initial reports we received of “execution-style” slayings.


The indictments handed down last week confirmed this reporting – and the weapons allegedly used – but investigators and prosecutors offered up no evidence, no narrative for how the slayings took place and put forward no official motive for the crime. They also declined to discuss whether investigators had recovered one or both of the weapons used in the killings.

How much of this information will be revealed on Wednesday? Good question … but multiple sources familiar with the state’s case told me prosecutors would be divulging “some details” regarding the evidence they have collected in connection with the investigation.

“They will provide information related to the charges,” a source close to the case confirmed to me, declining to comment further.

There is certainly no shortage of publicly discussed evidence which could conceivably come into play at Wednesday’s hearing. As FITSNews exclusively reported back in April, high-velocity impact spatter was found on Murdaugh’s clothes – placing him at the scene of the murders when at least one of the victims was killed. Last month, we reported on audio and video evidence obtained by investigators which called into question statements provided by Murdaugh to investigators.

Two weeks ago, we reported on cellular location data which could have assisted investigators in tracking Murdaugh’s movements at the time of the murders – helping them create a timeline for what actually happened versus what Murdaugh and his attorneys told them happened.

FITSNews’ executive editor Liz Farrell also reported months ago that Maggie Murdaugh appeared to have been lured to Moselle on the night of her death by her husband under the guise of visiting his dying father.

Again … we will have to wait and see.

“They have to tip their hand,” one veteran prosecutor told me on Tuesday. “The bond hearing is ‘put-up’ time. And they (have) plenty to put up.”

The double homicide at Moselle is the highest-profile inquiry tied to the ‘Murdaugh Murders’ crime and corruption saga – a maze of alleged criminality revolving around Alex Murdaugh which has spawned multiple investigations and lawsuits. Murdaugh is also staring down nearly 80 counts alleging that he defrauded former law clients and others out of nearly $8.5 million. He has also been charged in connection with a bizarre roadside shooting last September in which he allegedly paid an accomplice to kill him – and is the focus of an ongoing obstruction of justice probe into his actions following a February 2019 boat crash which claimed the life of 19-year-old Mallory Beach of Hampton, S.C.

Paul Murdaugh was charged with three counts of felony boating under the influence in connection with that crash – but was killed before he could stand trial.


Murdaugh is scheduled to appear before judge Newman at 10:00 a.m. EDT at the Colleton County court house to answer for the murder charges. Appearing on behalf of the state will be attorneys Creighton Waters and Don Zelenka. Murdaugh will be represented at the hearing by attorneys Dick Harpootlian and Jim Griffin. The two “bulldog” lawyers have requested a trial within sixty days – and have demanded the state produce all of its evidence within thirty days, as prescribed by state law.

Harpootlian, a Democratic state senator, has not commented publicly on what he plans to say on behalf of his client – or whether he plans to file a speedy trial motion consistent with his prior public statements.

I reached out to Harpootlian earlier this week for comment on the hearing, but he told me he planned on doing his talking in the courtroom.

While there is considerable drama tied up in the details that could be discussed on Wednesday, the proceedings are expected to be anti-climactic insofar as their outcome. After all, Murdaugh clearly has been unable to make his bond on the various financial charges he is facing – and thus the expected denial of bond on the murder charges won’t impact his status one way or the other.

Stay tuned … FITSNews will be represented at the hearing and looks forward to keeping our readers in the loop as this next chapter in the Murdaugh saga begins to unfold.