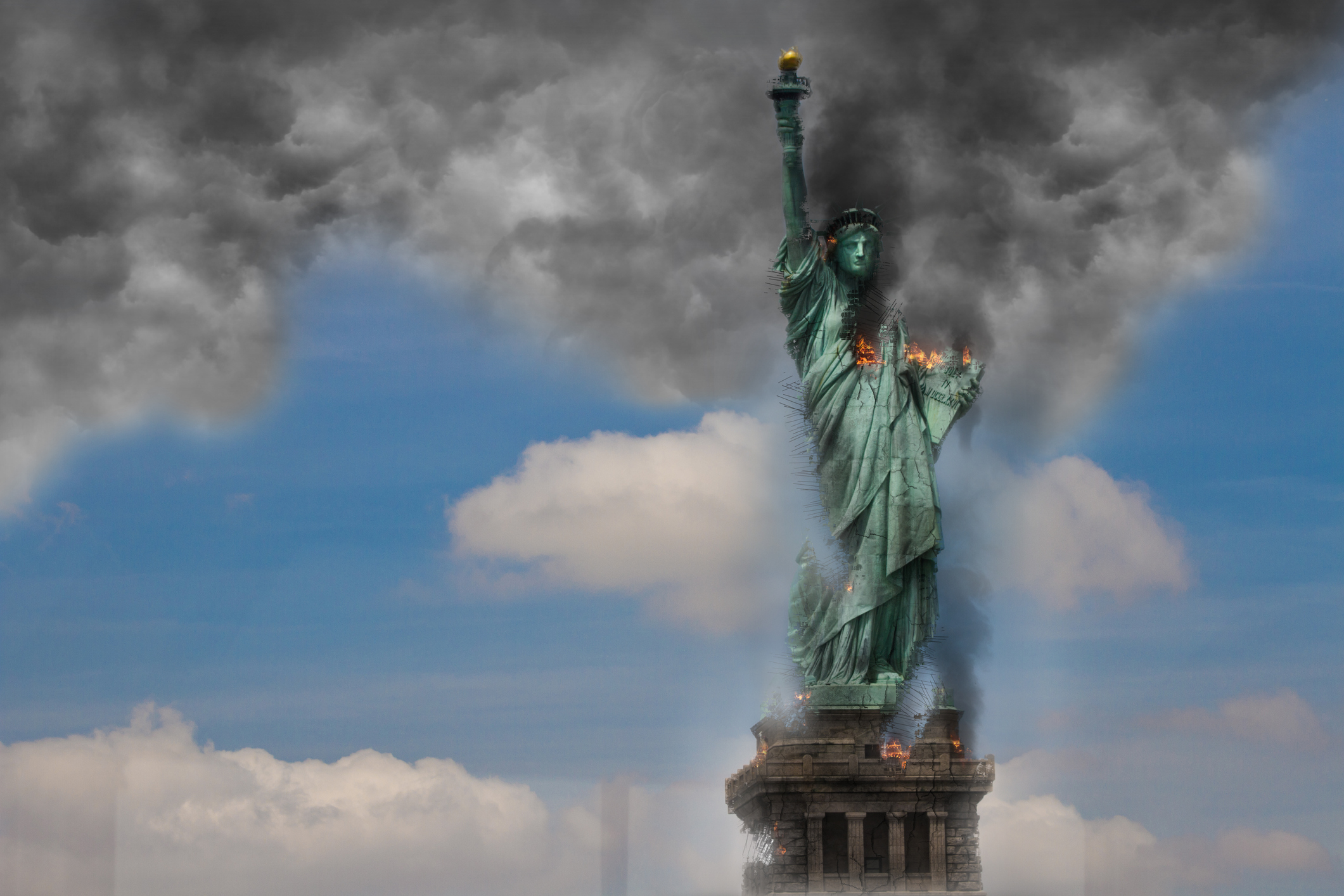 It’s almost impossible not to love Democrats – and the Big Apple is ground zero for conservatives’ affection. Just following their leaders’ lunacy is good for at least a dozen belly laughs every day. And while most of the laughs are tragic, comedy is – after all – tragedy that happens to others. And man-oh-man do the liberal voters in NYC love to vote tragedy into their lives.

Manhattan District Attorney Alvin Bragg is currently the comedian-in-chief, no small task with a mayor like Eric Adams. Criminals are being released en masse, while citizens defending themselves are charged with murder and whisked off to Rikers Island. Bragg’s daily decision-making process is not unlike the Seinfeld episode starring “Opposite George,” when George Costanza decided that he’d do the opposite of everything he thought … which resulted in great success.

Mr. Bragg must arrive at the office each day, stop and think about what he could do to protect the city’s citizens and enforce the laws on the books … and then do the opposite.

This week, however, Bragg and Adams were nowhere near the top of the comedy chain. That honor went instead to someone deep in the bowels of city government who thought it would be a good idea to launch a public information campaign regarding “what to do in the case of a nuclear attack on NYC.”

“Die” was not on the list. “Vaporize in a billionth of a second” wasn’t either. I’d have at least thought “Make peace with your maker” would’ve made it … but nope.

Here’s how the PSA starts:

“So there’s been a nuclear attack. Don’t ask me why, just know the big one has hit. Okay, so what do we do?”

The Big One? Russia has a nuke called Satan II that can destroy an area the size of France, so let’s assume it’s not THE big one. Maybe it’s one ordered by Wile E. Coyote from Acme Nukes, and it only blasts 10 square-miles down to the molecular level.

It continues, “There are three important things I want you to remember.”

If I was writing the PSA, at this point I’d ask you to remember only one thing, which is a blessing given by Priests on Ash Wednesday: “Remember you are dust, and to dust you shall return.”

Safety point one: Get inside… fast.

Although these poor New Yorkers will eventually get inside, it will only be after someone from outside New York arrives with a broom and a dustpan and sweeps them up.

Safety point two: Stay away from the windows.

Unless, of course, you bought your windows in a hurricane prone area, and upgraded them to withstand a category fifty-million hurricane.

This may prove difficult as the inside of the buildings will, in fact, be outside.

Safety point four: If you were outside during the blast, get clean immediately. Shower with soap or shampoo.

This, of course, is ridiculous. Everyone knows you can’t clean your body with shampoo. The wise thing would be to walk down to the closet bodega and buy some soap. If you are attacked in the store, hurl yourself onto the attacker’s knife to avoid murder charges. And if you run into Jussie Smollett on his way back from a Subway sandwich store, steer clear. He is a magnet for black male bodybuilders in white masks shouting, “this is MAGA country!”

As your city has just been nuked, you’ll want to avoid the aggravation.

Is this the media that still has electricity after an electro-magnetic pulse has pulverized the electrical grid? Wait, that’s not totally true. CNN will probably still be on the air, because surely a bad-ass prepper survivalist like Don Lemon has installed a hand-cranked power source, and fellow gunfighter Brian Stelter could put those massive guns to work – turning that crankshaft with an intensity not seen since Conan the Barbarian pushed the Wheel of Pain millstone.

Can’t you hear it?

Hi, I’m Wolf Blitzer, this is CNN, and you’ve been nuked. Stay calm, and collect all your dead relatives voter registration cards for future use. President Biden is personally leading Seal Team Six to hunt down those responsible. Stay calm, Dr. Jill Biden is being choppered in aboard Marine One to provide medical assistance, and hand out tacos. Lebron James has assured us this is not the doings of China. And although we don’t normally encourage viewers to change the channel, we recommend you monitor The View. In five minutes Whoopie Goldberg will be reading her PhD thesis on the impact of thermo-nuclear destruction on global stock valuations, followed by Joan Behar’s breakdown of the number of White citizens evaporated versus People of Color.

Can’t you hear it?

This is Nuclear War Czar Kamela Harris, hahaha! We’ve been monitoring the area that’s been nuked, and based on the half-life of nuclear radiation, we believe it will be safe for those of you not reduced to carbon ashes to come out of your home in … 65 years. Hahahaha! Until then, remain calm. We are Democrats and our level of caring and empathy will carry you through these next three generations.

Think of all the things the Left has shrieked about which will surely be the death of us all: Ebola, Trump being a Russian plant, cow farts causing the earth to burn up, a virus with a 99.9 percent survival rate, white racism at the DNA level, Kyle Rittenhouse inspiring the slaughter of (fiery but mostly peaceful) protestors … the list is endless. Monkeypox? Really?

Don’t worry, though. It’s not going to happen. The only people getting nuked any time soon will be the Democrats at the mid-term elections.