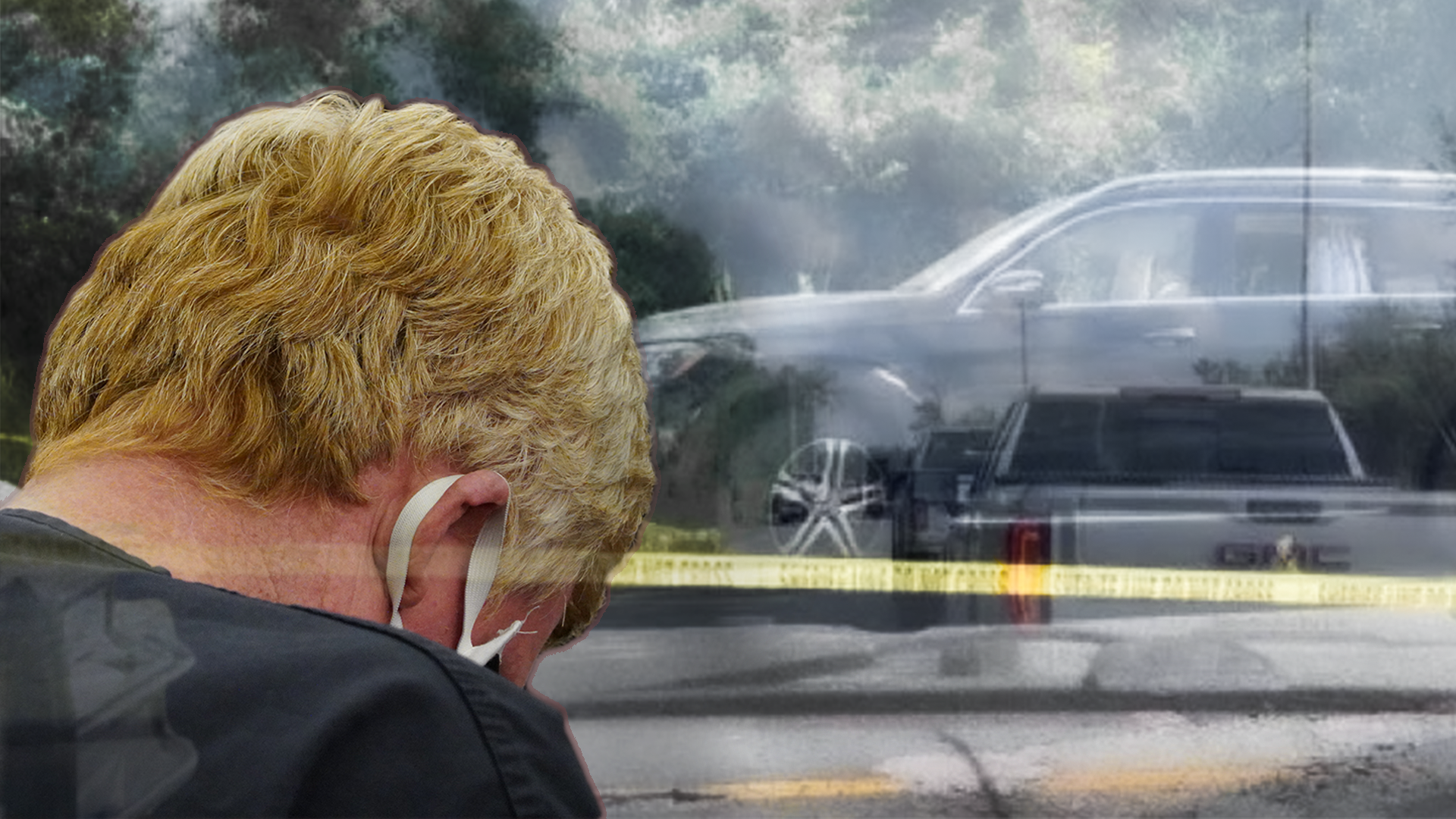 Alex Murdaugh has a close relationship with his sister-in-law Liz Murdaugh, who appears to have been one of his biggest supporters during his first few months behind bars, according to a review of more than 100 jailhouse phone calls placed by the former volunteer solicitor between October and February.

In that time period, Alex called Liz Murdaugh — who is John Marvin’s wife — at least 19 times, according to phone call recordings that were recently obtained by FITSNews after Murdaugh’s attorneys failed at their attempt to block the calls from being released to media.

During those calls, Alex told details to Liz Murdaugh about his mysterious “roadside shooting incident” that he never revealed publicly before.


The details of this exchange are newsworthy because of the amount of conflicting reports swirling around the strange incident that sent Alex Murdaugh’s reputation — and privileged life as the son of a legal dynasty — into a downward spiral.

As a reminder, Murdaugh called 911 to report that he’d been shot at 1:34 p.m on September 4, according to SLED. The shooting occurred approximately seven miles from Moselle — the family hunting lodge where Alex discovered the bodies of his 52-year-old wife Maggie Murdaugh and their son 22-year-old Paul Murdaugh on June 7, 2021.

Soon after news of the shooting broke that day, multiple law enforcement sources told FITSNews the story supplied by Murdaugh and his attorney was “very suspicious.”

Following the shooting, attorney Jim Griffin, who is representing Alex Murdaugh, was quick to tell the media a narrative that didn’t make sense — that Alex Murdaugh was hurt in a shooting by unknown assailants while he was changing a tire. Hampton county did not include that in their report. Neither did SLED.

When that narrative began to collapse, Griffin maintained that Murdaugh suffered “significant head trauma in the incident” and his injuries were much worse than reported — even after SLED said he had a “superficial gunshot wound.” He also told The (Charleston, S.C.) Post and Courier  that Alex was “lucky to be alive” after the incident.

However, Alex Murdaugh described the roadside shooting incident much differently.

In a December phone call with Liz Murdaugh, Alex Murdaugh was talking about his “healing process” and his time in rehab. While discussing the topic of faith, Liz Murdaugh asked a question about Alex’s suicide-for-hire incident — which he faces three felony charges for.

“I have been wondering … you said you went blind … when you got shot?,” she asked.

“Yeah, I mean, I couldn’t see for I don’t know I guess a minute, minute and a half, maybe two minutes,” Alex Murdaugh said.

“Do you feel like you were near death and seeing the light?” Liz Murdaugh asked.

“No,” Alex replied with zero hesitation. “It wasn’t that bad. I just guess it was the impact. I wasn’t seeing light — I was seeing dark.”

From a jailhouse phone in the Alvin S. Glenn Detention Center in Richland County, South Carolina, Alex proceeded to tell his sister-in-law memories about the Labor Day weekend incident.

“The first thing I thought was I’m like ‘I know I’m not dead because you know, I just remember touching my head and I remember thinking the back of my head was blown off and I’m gonna be blind,” Murdaugh said. “Then, you know, it started slowly coming back. I could stand up because it knocked me down … then I think I went to one knee and you know, I couldn’t see … it didn’t take long at all before it started improving.”

Because phone time is limited in jail, the two were cut off at that moment. But a few minutes later, Alex called Liz Murdaugh back and picked up right where he left off.

“You were saying that that you had gone down to the knee and that everything was black,” Liz Murdaugh told Alex Murdaugh on the phone.

“It didn’t take me long to realize I wasn’t dead,” Alex said. “The next thing that occurred to me was, ‘Oh God, I’m going to be really messed up.’ I could tell I was bleeding, but it wasn’t like a big section of my head blown off. It never hit my brain, you know?”

Murdaugh then proceeded to tell his sister-in-law what he believed happened when the gun went off.

“So you know how fast the bullet comes out of a gun, right? Yeah. All right. So it hits my head, it goes into my skin and puts a hole and kind of goes around my skull, it comes out an inch and a half, two inches further away,” Murdaugh said. “So I had an entry and an exit wound, but it didn’t penetrate my skull. It cracked it a little bit and the force caused me to have two brain bleeds, but you know, all a brain bleed is just a bruise on the brain.”

Hmmm … so not significant head trauma as Griffin described?

“I mean, I don’t think it was anything permanent,” Alex Murdaugh said. “I don’t feel dumber … or anything like that … no, this wasn’t like … OK, things go dark and I see the light and I’m going into the light. It was dark and I couldn’t see sh*t.”

“I think it was just the impact from the force of the bullet that knocked me down,” he said. “I guess sight is somewhere back there and it interrupted it for a little while. I’ll tell you all the details when I see you.”

After an apparent bungled response from local law enforcement, which took more than 25 minutes to get to the scene, Murdaugh was airlifted to Parker’s Emergency and Trauma Center in Savannah.

The disgraced attorney appeared without a scratch at his Hampton County bond hearing 13 days after the alleged shooting. Curtis Edward “Eddie” Smith — who received around $2 million in checks from Murdaugh — was charged with assault and battery of a high and aggravated nature among other serious charges in the alleged shooting.

Smith faces up to 65 years in prison for charges related to the assisted suicide while Alex only faces 20.

The indictments do not contain any evidence that the state has against Murdaugh or Smith. Nor do they mention that Smith had any prior knowledge of the insurance policy or Murdaugh’s planned scheme before he arrived on Old Salkehatchie Highway on September 4.

The indictments also don’t mention a motive for Eddie Smith to participate in the scheme.

In total, Alex Murdaugh faces more than 700 years in prison for financial charges.