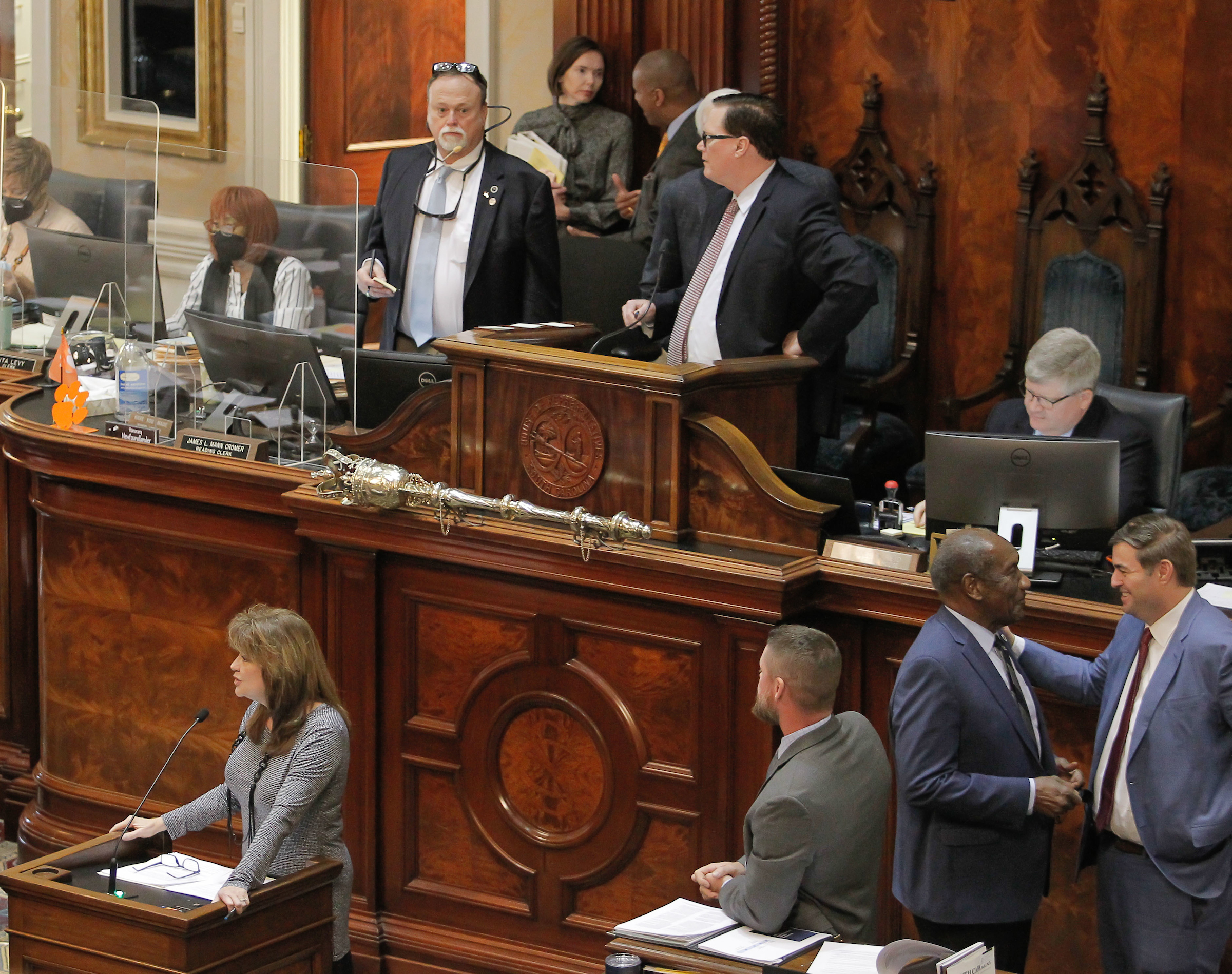 by LEWIS GOSSETT || Imagine being forced to use typewriters and denied using a personal computer. What if you got stuck with an 8-track player instead of tapes, CDs, downloads, or streaming music?

Or no Amazon Prime?

You would want to know who was keeping the modern world from you. And if it was your state government – the State of South Carolina – to blame for refusing to modernize even as economic output across the nation drastically changes? You would be concerned about our future, as would I.

There are areas where our state is not preparing for the disruptive economic innovation happening across the country. Entering what experts call the fourth industrial revolution, we expect to see the merging of technologies, current and emerging – physical, digital, biological, quantum, and AI – spreading into all aspects of life. If this happens, modernization will become exponential.

It’s a brave new world coming where the only constant will be change.

Recently, the S.C. House of Representatives passed H. 4998 – a bill you likely haven’t heard of, because legislators fast-tracked the process. It is an alcohol-related bill perfectly framing how bad our antiquated regulations are for the modern economy. It’s anti-innovation and anti-business.

The House, however, voted for the bill, having never considered updating the 90-year-old laws that regulate alcohol. If this bill becomes law, there will be job loss and economic opportunity loss that lawmakers may not have fully understood as they considered this legislation.


No one would claim that the current alcohol regulatory system is growth-friendly, and it certainly is not pro-free-market. The system perpetuates stagnation and thwarts “the little guys.” No one would credibly argue the opposite. A recent and notable example is the 2013 debates over the craft beer brewers, and now it’s the frozen alcohol dessert industry. Two emerging and popular markets have faced destruction in less than ten years, demonstrating how anti-growth the aging system has become. That’s not even counting the legislative contortions needed to get beer into grocery stores or the end of the mini-bottle in just 2006.

Believe it or not, these frozen adult treats have been around for about twenty years; it’s only recently that the industry has boomed. We see new products, grocery store placements, and, most importantly, increasing public purchases, which all point to an economic explosion, a la craft beer, all with little-to-no state intervention.

The frozen alcohol dessert industry supports common-sense regulation, but this legislation falls far short of that mark. Moreover, no public health crisis exists that justifies the haste to pass this bill. This industry should have an exemption carved out of our geriatric alcohol laws. It would not be close to the first instance where the government has had to do this. Recent exemptions include reclassifying beer for expansion into grocery stores, craft breweries, wineries, and micro-distillery regulations.

Innovation and modernization have turned the exception into the rule.

But some in government – and their allies, Big Alcohol – are again making the tired apocalyptic predictions about public health and safety. They made these exact dire predictions about craft breweries – drunks in the neighborhoods, a rise in crime, and a blight on local communities.

Those dire predictions did not come to pass, and they will not for this industry.

The frozen alcohol dessert market already complies with local and federal laws. They pay some reasonable taxes too. They embody American entrepreneurialism, employ people across the state, and provide products that the public enjoys. According to S.C. State Law Enforcement Division (SLED) records, they have not been the subject of complaints to law enforcement.

These products should have enforceable safeguards by state regulators, but there is no reason to legislate them into extinction.

Our General Assembly is not in the business of killing jobs and squelching entrepreneurialism. Now the S.C. Senate has a chance to prove that to the people. With more information, the Senate Judiciary Committee has signaled that they intend to amend the job-killing language with input from small business owners. I applaud their willingness to stand in the gap to protect jobs and innovation for a promising industry.

The people of South Carolina must also be vigilant. We all must be looking to the future to protect our reputation as business-friendly. We must support elected officials who understand innovation is good, and change is inevitable.

I truly believe this industry will ultimately continue to prosper. We can also reasonably predict new and innovative alcohol markets will continue to emerge. The General Assembly, once again, will have to create yet another exemption or finally overhaul our 90-year-old anti-business laws. Let’s hope that, knowing change will come, our legislators demonstrate that they continue to be on the side of small businesses.

Lewis Gossett is a recognized leader in the economic development world in South Carolina and across the region. He owns and operates Bridgestone Public Affairs, a preeminent communications agency focusing on executive leadership and strategic counsel on labor laws handling pro-business public policy. Lewis was the Director of the Department of  S.C. Labor, Licensing, and Reform under Governor David Beasley and most recently ran the influential SC Manufacturing Alliance.