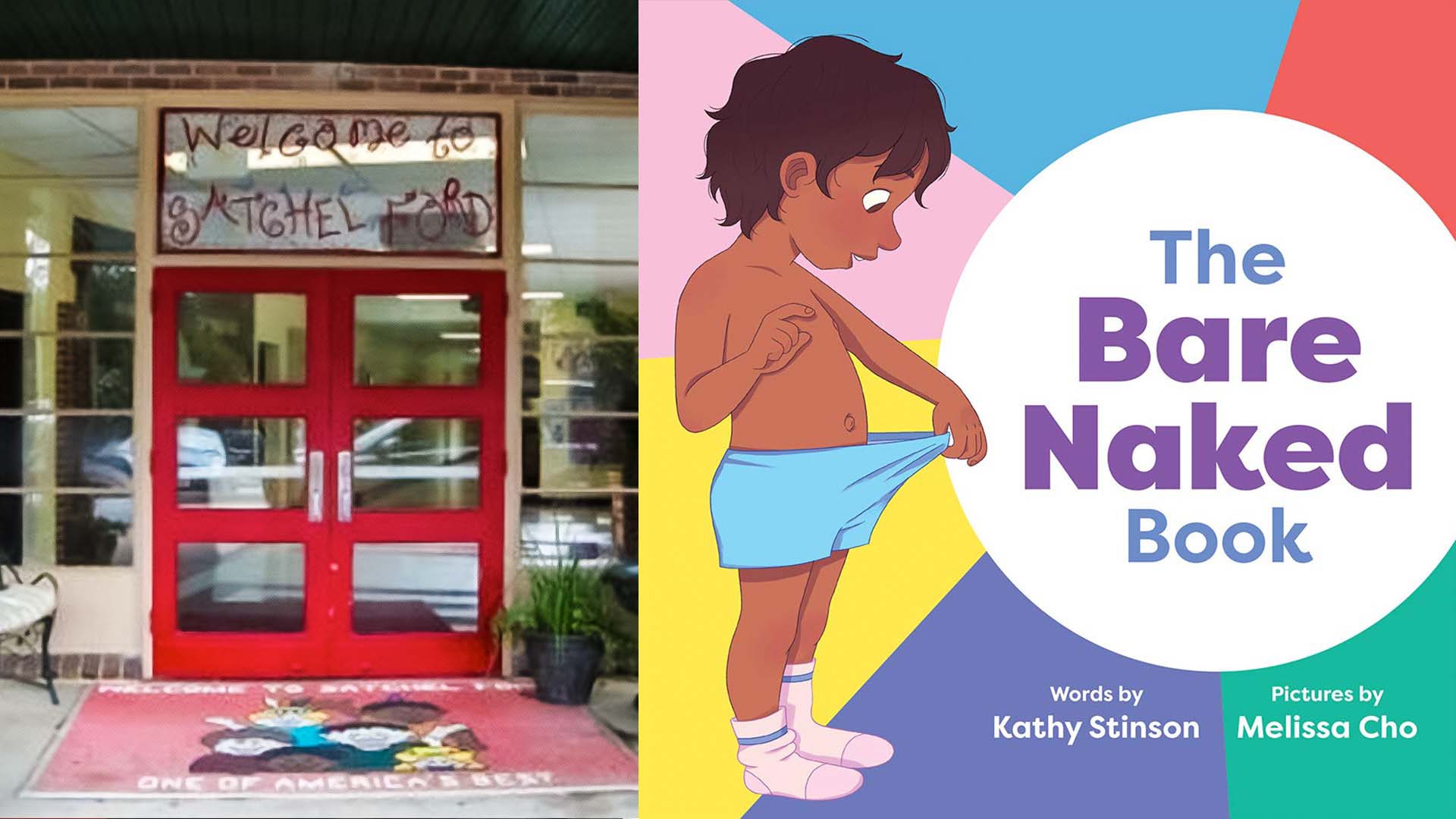 The Bare Naked Book has drawn the ire of Midlands, South Carolina parents who were unhappy to discover it is being used in the instruction of kindergarten students at Satchel Ford Elementary School.

Originally published by Kathy Stinson in 1986, The Bare Naked Book was controversial from its inception. The book takes the “head, shoulders, knees and toes” approach to teaching children about their bodies – with a page dedicated to most every body part.

The controversy surrounding the book revolves around the pages dedicated to the penis and vagina. It was one of the first children’s books to directly address a person’s whole anatomy.

I believe there is a strong argument to be made that parents should teach their children about their bodies – and that the 1986 edition of this book could help facilitate a conversation that may be uncomfortable for some parents to have with their children.

Unfortunately, it isn’t 1986. Lionel Richie is no longer topping the charts and what passes as controversial has gotten … crazier.

In 2021, The Bare Naked Book was “updated to reflect current understandings of gender and inclusion.” What does that mean exactly? It means that providing clear depictions of male and female anatomy was eschewed in favor of a page dedicated to genitals “whatever you call them, and whatever you have.

One reviewer of the book expressed disappointment in this change, saying “part of what made the first book revolutionary is that it named genitalia … THAT is one if the most significant ways to protect a child against sexual molestation.”

That is correct. There is research which shows children knowing the correct terms for their genitals decreases their likelihood of being sexually abused. This deficiency is particularly relevant in light of the reason this book was presented to Satchel Ford Elementary School students in the first place … the prevention of sexual abuse.

Erin Merryn is a victim of childhood sexual abuse. As a kindergarten student, she was molested by her friend’s uncle. The molester convinced her that if she told anybody that “nobody would believe her.” She kept silent for years.

Erin moved, and rejoiced at knowing she was far away from her abuser. Unfortunately, there was another predator. At age 11, Erin was molested again – this time by her cousin. The abuse continued for years, but Erin she didn’t think anyone would believe her until she learned her cousin was also molesting her sister. The two spoke out and faced years of battling the trauma caused by their abuse.

Erin made it her mission to get legislation passed in all fifty states to ensure children are educated about sexual abuse so that no other child would spend years getting abused because they feared speaking up.

Not all schools conduct the training themselves. In February of 2022, Satchel Ford Elementary School brought in an educator from Columbia S.C. based Pathways to Healing to fulfill its obligations under Erin’s Law. Pathways to Healing is one of the Palmetto State’s fifteen rape crisis centers, furnishing a number of services to prevent sexual abuse and to help its victims.

The presenter used the latest “Bare Naked Book” in their lesson, upsetting a parent who complained to the school after hearing about the book from their child. This caused the school to investigate and remove the book from future presentations.

I reached out to Pathways to Healing executive director Rebecca Lorick who told me their educators use the Care for Kids program found in the South Carolina Department of Education (SCDE) Comprehensive Health Education Instructional Units and Resources for Sexual Abuse and Sexual Assault Prevention. Care for Kids was initially implemented in Vermont, which has seen a 70 percent drop in verifiable child abuse cases since the program’s inception.


Lorick wanted to make it clear that they were using curriculum found in SCDE guides and that they did not choose the educational materials presented saying “we certainly don’t want a book to be a distraction from teaching children to say no and to setting important boundaries.”

SCDE chief communications officer Ryan Brown wanted to make it clear the state agency “does not approve curriculum for districts to use to meet the requirements of Erin’s law,” adding that district health advisory committees are responsible for approving curriculum.

Lorick is correct to be concerned about sexual assault of minors. According to a U.S. Centers for Disease Control (CDC) analysis of data from the past twenty years, as many as one in ten children are sexually abused before they turn eighteen. If we can mitigate the risk of this generation of children experiencing elevated levels of sexual assault through age appropriate education, I believe we would be fools not to do so.

I believe we would also be fools to spark a backlash against legitimate sexual abuse education tools by attempting to piggyback political ideas onto these lessons. Many parents will justifiably be incensed when they learn that their children are being taught with materials that reflect increasingly dogmatic “current understandings of gender and inclusion” that may run completely counter to their values.

If you’d like to impart a 21st century understanding of gender and sex on your children that is your prerogative, but it certainly shouldn’t be imparted on anybody else’s children under the auspices of teaching them about preventing sexual assault.

Bureaucrats who recommend Erin’s law curriculum at the state level must understand that many parents feel that “current understandings of gender and inclusion” are radical. In 2008, then presidential candidate Barack Obama said on the debate state that marriage “is the union between a man and a woman.”

In the less than 15 years since that primary debate, society has moved from liberals not having the courage publicly embrace gay marriage to biological males demolishing their female competition in the NCAA swimming finals – with the support of all of the involved institutions.

A reasonable person could certainly look at these rapid societal changes, including the normalization of transgenderism (which until recently was considered a mental illness), and be concerned its removal from the Global Manual of Diagnoses by the World Health Organization was motivated not by research indicating the mental stability of transgender individuals but rather by activist pressure.

A reasonable person could want their child to be raised in the Kindergarten Cop “boys have a penis and girls have a vagina” world … the world that the 1986 edition of this book was written in.

If SCDE bureaucrats or district board members don’t personally share a more “traditional” view of the world that is ok, but they must respect it, or at least remain neutral. If not they can expect complaints from concerned parents to continue, and even to build into an “anti-grooming” movement in South Carolina similar to the one causing so much controversy in Florida.

It is my true hope that this important topic will stay above the political fray because Palmetto State children should have an age appropriate and politically neutral education that reduces their chances of being victimized and suffering years of trauma. Unfortunately, it appears as though politically charged works have already made it into curricula that have been recommended by the state and adopted by at least one district – seemingly without the intent of either party to introduce charged ideas into classrooms.

Parents who are interested in these issues must remain vigilant. This incident is a clear example of how vocal parents can express concerns and impact outcomes at their children’s schools.