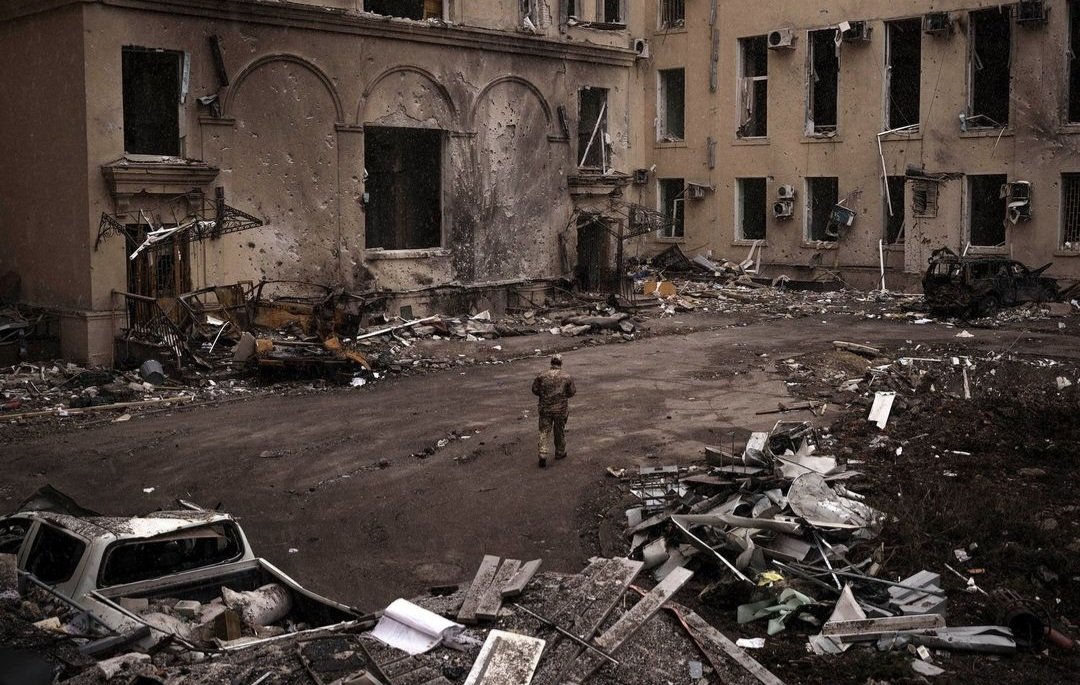 by JOE WILSON || The premeditated, murderous invasion taking place on the soil of the sovereign and democratically-led country of Ukraine is the result of one individual – war criminal Vladimir Putin.

Not only are the people of Ukraine victims at the hands of the tyrant Putin, who has ordered his troops to kill innocent civilians and destroy cities, but the Russian people are being betrayed and suffering under his authoritarian rule.

Though Putin’s appetite for oil, money, and power are not new motivators, applying such actions on this heinous scale is shocking and unprecedented in a modern world.

I am grateful to have visited Kyiv, the Ukrainian capital, as recently as last December, and found a vibrant city filled with people whose hopes and dreams are not unlike our own. They desire the freedom to live as they choose, raise families, work hard and be part of a thriving society. Now, they just want to survive.


Though Kyiv is over 5,000 miles from Columbia, our hearts go out to these people as fellow human beings. Their suffering is on such a grand scale that most of us cannot personally relate, but all of us can emotionally feel.

However, there are also practical effects of this tragedy that hit closer to home. Our world is more connected than one may typically think. Putin’s actions in Ukraine contribute to higher costs around the world, including right here in South Carolina.

‘Bidenflation’ is at a 40-year high in the United States, so we are already feeling the effects of high costs for many things. Among those economic realities is the elevated price of oil, which has resulted in the highest ever average national price for a gallon of gas. At over $4.00 per gallon, it is also more than a 35 percent increase per gallon from a year ago.

Further setting the scene, the Biden energy policies, including the suspension of all oil and gas leasing on federal lands and waters, has contributed to the U.S. no longer being energy independent. This means we are relying on foreign energy sources to meet our needs, leading to a disturbing dependency on Russia for oil and China for their production of batteries used in electric cars and elsewhere.

Astonishingly, the United States was still importing Russian fuel until Biden followed the bipartisan wishes of Congress and banned the import of oil, gas, and coal from the country earlier this month. However, in 2021, under Biden, Russian oil and petroleum product imports to the U.S. were at an all-time high, amounting to more than $50 million dollars per day at current prices.

Because of these policies pushed by Biden, in addition to Putin’s actions in Ukraine which have outraged the Western world, everyday Americans are left to suffer the consequences. The price of oil and the costs associated with delivery continue to rise, detrimentally affecting our supply chain, which directly impacts families in South Carolina and ultimately results in the loss of jobs.

I have led or supported multiple bills aimed at weakening Putin’s War, including legislation which encourages Russian soldiers and government officials to defect by supporting their expedited admission to America as refugees. In the case of the soldiers, those who turn over Russian military equipment to Ukraine could also be eligible to receive payment of up to $100,000.

Other bills, including some I introduced even before his invasion of Ukraine, are directed not only at Putin, but also his family and cronies. By blocking access to money and tightening restrictions on how the money is spent, we can hit them where it hurts – their wallets. These bills encompass the Putin Accountability, ENABLERS, Oligarch Asset Forfeiture, and Stop Russian GOLD Acts.

(Via: Ukraine Ministry of Foreign Affairs)

I also introduced a bipartisan bill to seize and repurpose assets from oligarchs whose wealth is linked to the corruption of Putin’s repressive regime called the Asset Seizure for Ukraine Reconstruction Act.

Simultaneously, I have been a strong proponent of Ukraine and its people, including leading legislation such as the Ukraine Democracy Defense Lend-Lease Act of 2022, which streamlines the ability of the President to provide military equipment for Ukraine in their time of need.

Last month, I held a rally on the steps of the State House in Columbia to show and generate additional solidarity for the Ukrainian people. I also have a bill in Congress for a bust of Ukraine’s President Volodymyr Zelenskyy to be placed in the U.S. Capitol.

Republicans, Democrats, and our global partners are united in support for Ukraine, and we will hold Putin and other complicit members of his team accountable for these abuses against humanity.