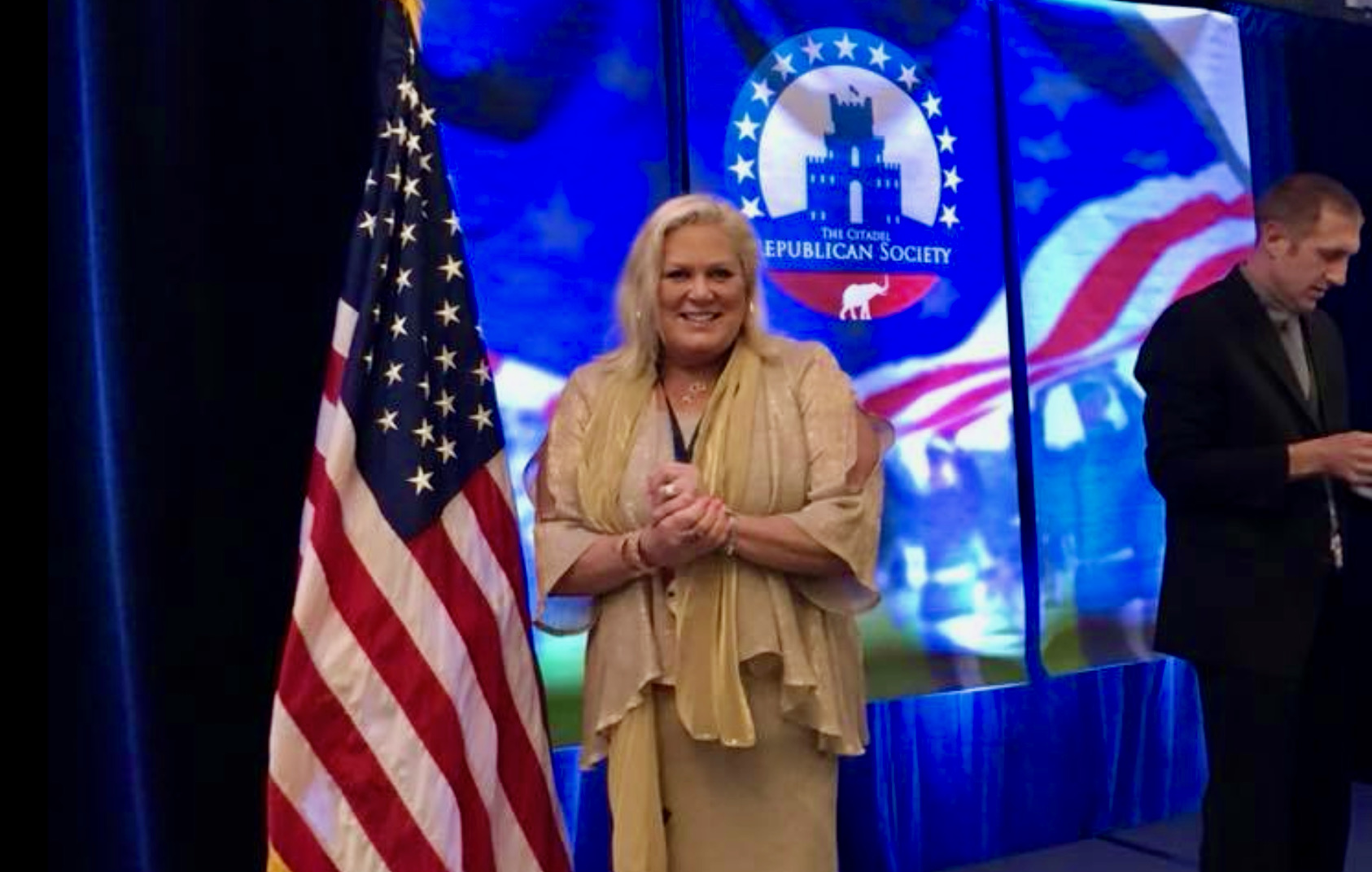 The Bluffton attorney running for the Republican nomination for South Carolina Attorney General issued a statement last week after the mother-in-law of a former client accused her of defamation in a lawsuit and filed a complaint against her with the South Carolina Supreme Court’s Office of Disciplinary Counsel.

The lawsuit marked the second time in less than a year that Lauren Martel had been accused of defaming a citizen.

“I want to stress that the suits against me were not filed by my own clients, but by people who were adverse to my clients and were unhappy with the way I fought for my clients,” Martel said in a three-page statement that also criticized FITSNews for not seeking her comment before running the story on Feb. 9.

“Lawyers are rarely loved by people on the opposing side,” she said.


In her statement, Martel explained that she has devoted a good part of her career to family court litigations: “There are few areas of the law that are more stressful to the parties who are involved. In these cases emotions run high, and rarely are all parties to a divorce satisfied with the outcome. Due to my experience, I am used to fighting zealously — but always within the law — for my clients, just as I will do for the people of South Carolina when I am elected as Attorney General.”

On Jan. 24, FITSNews founding editor Will Folks was first to report Martel’s announcement to run for state Attorney General.

Martel is affiliated with the mySCGOP.com movement, an effort to remake the S.C. “Republican” party and seize the mantle of the “Make America Great Again” movement founded by former President Donald J. Trump.

“FITSNews is trying to pigeonhole me as ‘affiliated with the mySCGOP movement,'” Martel said in her statement. “… It is true that I not only have supported the efforts of mySCGOP to rein in power of the Party Elites in Columbia, but I also proudly represented Pressley Stutts in suing the Republican Party the the Party Elite tried to change the convention rules to disadvantage the reformers within the SCGOP.”

FITSNews wrote about Martel’s lawsuit against the South Carolina Republican Party in May 2021.

“I have been a fighter all my life,” Martel said. “And I will continue to be one. I have had to fight for the things I believe in … I ask only that I be given a fair opportunity to present my ideas and my goals as attorney general, and that my story be told with the accuracy that all of us would want if placed in similar situations.”

In the most recent case against Martel, she was accused of obtaining “false medical information” from a law enforcement officer about a Bluffton woman and using that information to “manipulate the outcome of her client’s case.”

The lawsuit stemmed from a 2020 child custody case in which Martel represented the wife of a divorcing couple, but — as FITSNews previously reported — the plaintiff in the defamation case was not a party to that suit.

She was instead the mother-in-law of Martel’s former client.

According to documents filed with the defamation suit, the husband in the divorce case lived with his mother, and it was at this residence that the couple’s children would stay during visitation with their father.

In September, the woman — who is representing herself in the complaint against Martel — discovered a line in her son’s separation agreement that stated: “The parties further agree that the paternal grandmother has been committed to a mental health facility and she should be restrained from any visitation if she is a threat to herself or others.”

Shortly after seeing this statement, the woman sent an email to Martel asking her to “immediately provide proof that 1. I was committed, 2. I might be a threat to myself or others and 3. the HIPAA disclosure I signed that allowed ANYONE to obtain any medical records on my behalf.”

The woman said she was “horrified” to read this in her son’s custody agreement.

“This statement,” the woman wrote to Martel, “is untrue. I have NEVER made ANY statements suggesting that I was ever a harm to myself or others. I was not ‘committed,’ it was voluntary due to an issue with my medication.”

According to the lawsuit, the woman is a veteran of the United States Marines and suffers from post-traumatic stress disorder and anxiety.

On Feb. 3, 2020, she says in the filing, she was admitted to a hospital “due to an adverse reaction to medications I received from the VA.”

The next day, Martel sent an email to the attorney of the woman’s son stating, “It has come to my attention that your client’s mother was taken by [a] sheriff to a mental hospital upstate as a threat to herself or others.”

The email, which is included in the filing, goes on to say “I also understand that your client has expressed he doesn’t have any money to fight this case … that being said, my client may be interested in proposing a Final Agreement that they could negotiate that would resolve all issues and save a lot of litigation fees and costs.”

The woman included a letter from her psychiatrist in her filing with the Beaufort County Courthouse on Friday confirming that her hospitalization in 2020 was voluntary and that she does not have a record of making threats to harm herself or anyone else.

“I have ALWAYS been a considerably low threat to myself or others,” the woman wrote in notes included with the filing.

A redacted email to Martel from Dec. 2 appears to threaten her: “I’m not going to stop until you’re living under a bridge.”

Nearly two weeks later, the woman who filed the defamation suit received a letter from the Supreme Court of South Carolina’s Office of Disciplinary Counsel confirming that they were in receipt of a her complaint against Martel.

“We will conduct an investigation into the matters you have reported.”

In August 2021, Dennie Miller, the owner of D & M Towing Service in Beaufort County filed a lawsuit accusing Martel of defaming him after an incident involving Martel’s brother in a beach parking lot.

On April 3, 2020, the tow truck driver received a call from the code enforcement officer for the Town of Hilton Head Island, advising him that a vehicle was illegally parked on private property, “in contravention of the clearly posted ‘No Parking’ sign.”

The vehicle belonged to Martel’s brother, Brant Martel, according to the filing.

“When Mr. Miller arrived to perform the tow, Brant ran over to his vehicle, jumped inside of it yelled at Mr. Miller, ‘I am not paying you S**t,” and attempted to drive off by going the opposite direction on a dead-end street.”

Brant Martel returned to the tow truck because he was unable to exit through the dead-end street. He was advised by Mr. Miller that he was obligated to pay the “no-tow” arrival fee authorized by the Town of Hilton Head.

A deputy from the Beaufort County Sheriff’s Office arrived on the scene and eventually permitted Brant Martel to leave without paying the fee.

Later that day, Lauren Martel published three videos on YouTube. With two of the videos she included statements.

The lawsuit notes that the videos gained more than 12,000 views.

“Since the time of Ms. Martel’s publishing of the false and defamatory statements, Mr. Miller and D&M Towing have suffered numerous harassing calls and threats from YouTube viewers, including intimidating and harassing calls at all hours of the day and night; loss of revenue from business activities that would have otherwise been generated but for Ms. Martel’s defamatory statements …”

At the time of the incident, Lauren Martel’s YouTube channel had more than 2,600 subscribers. The videos appear to have been taken down.

In her answers to Miller’s complain, Martel asserted that she had the right to express her opinion and included counterclaims, accusing Miller of “abuse of process” and “civil conspiracy.”

In December, Miller’s lawsuit was dismissed prior to mediation. It is not clear what, if any, settlement was reached with Martel.

A month later, Martel announced her intention to run against South Carolina Attorney General Alan Wilson in the Republican primary.