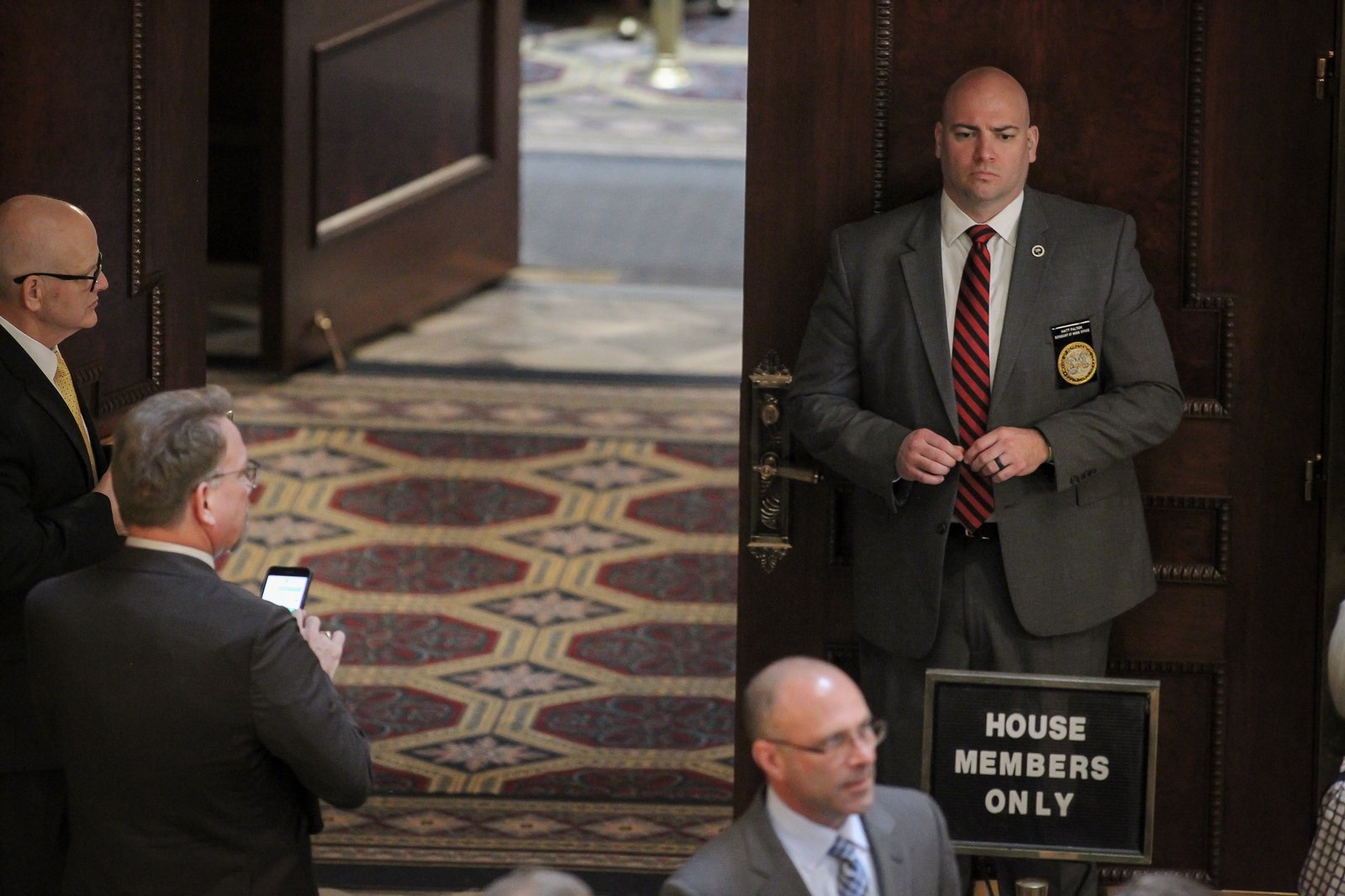 One of the most active, influential committees in the South Carolina General Assembly is in limbo due to ongoing health issues involving its chairman.

The S.C. House judiciary committee – which has been led since 2019 by state representative Chris Murphy of North Charleston, S.C. – has met just one time this session.

The full committee met on January 10 – although Murphy, a “Republican,” was not in attendance. Instead, the committee was chaired by state representative Weston Newton of Bluffton, S.C.

“I have a letter here from chairman Murphy designating me to serve as chairman during these extraordinary circumstances in accordance with our House judiciary committee rules,” Newton said, quickly shuffling the paper to the side before moving on to the business before the panel.

The full judiciary committee has not met since … creating a backlog of legislation that is causing significant embarrassment for House leaders.


Well, for starters Murphy is sick … very sick, it would appear.

According to my sources, the sixth-term lawmaker is dealing with complications from Covid-19 – specifically, a serious case of what is said to be diverticulitis. Obviously, best wishes to Murphy for a speedy recovery. I don’t wish illness on anyone, and I hope for his sake (and the sake of his family) that he is able to bounce back from this ongoing ailment.

As for what should be happening in his absence, though, the rules of the judiciary committee are clear …

“The first vice-chairman shall preside over committee meetings in the absence of the chairman,” the No. 1 rule adopted by this panel on January 26, 2021 noted.

Neither King nor Collins have been permitted to the job, though … creating the bottleneck.

Instead, Newton – who is ostensibly acting on Murphy’s behalf – invoked a judiciary committee rule purportedly permitting the chairman of the panel to “designate alternative meeting arrangements and procedures” in response to “extraordinary circumstances, including but not limited to natural disasters, severe weather and acts of God.”

In other words, pay no attention to any of the other rules …


So … does a sick chairman who is unwilling to temporarily surrender his gavel to a member of the opposite party constitute an “extraordinary circumstance?”

I don’t think so … but even if it did, “Republicans” are creating major delays in the legislative process by refusing to hold regular judiciary committee meetings under the auspices of an acting chairman.

Given that most of the legislation passed by the S.C. General Assembly each year is pure special interest subservience, that is not necessarily a bad thing. But there are exceptions …

For example, Murphy was supposed to appear in Columbia, S.C. on Wednesday to preside over a judiciary subcommittee which heard testimony on a proposed election reform bill. Once again, though, his illness kept him from making the trip.

Another question worth considering? With “Republicans” (cough) enjoying what amounts to a two-to-one majority in the House, why are they installing Democrats in key leadership positions on influential committees?

“I think you are going to see some changes in committee structure moving forward,” one ranking Republican told me on Wednesday.

In the meantime, though, the judiciary committee bottleneck remains an issue to keep an eye on …

Murdaugh Murders Saga: Back To The Boat Crash