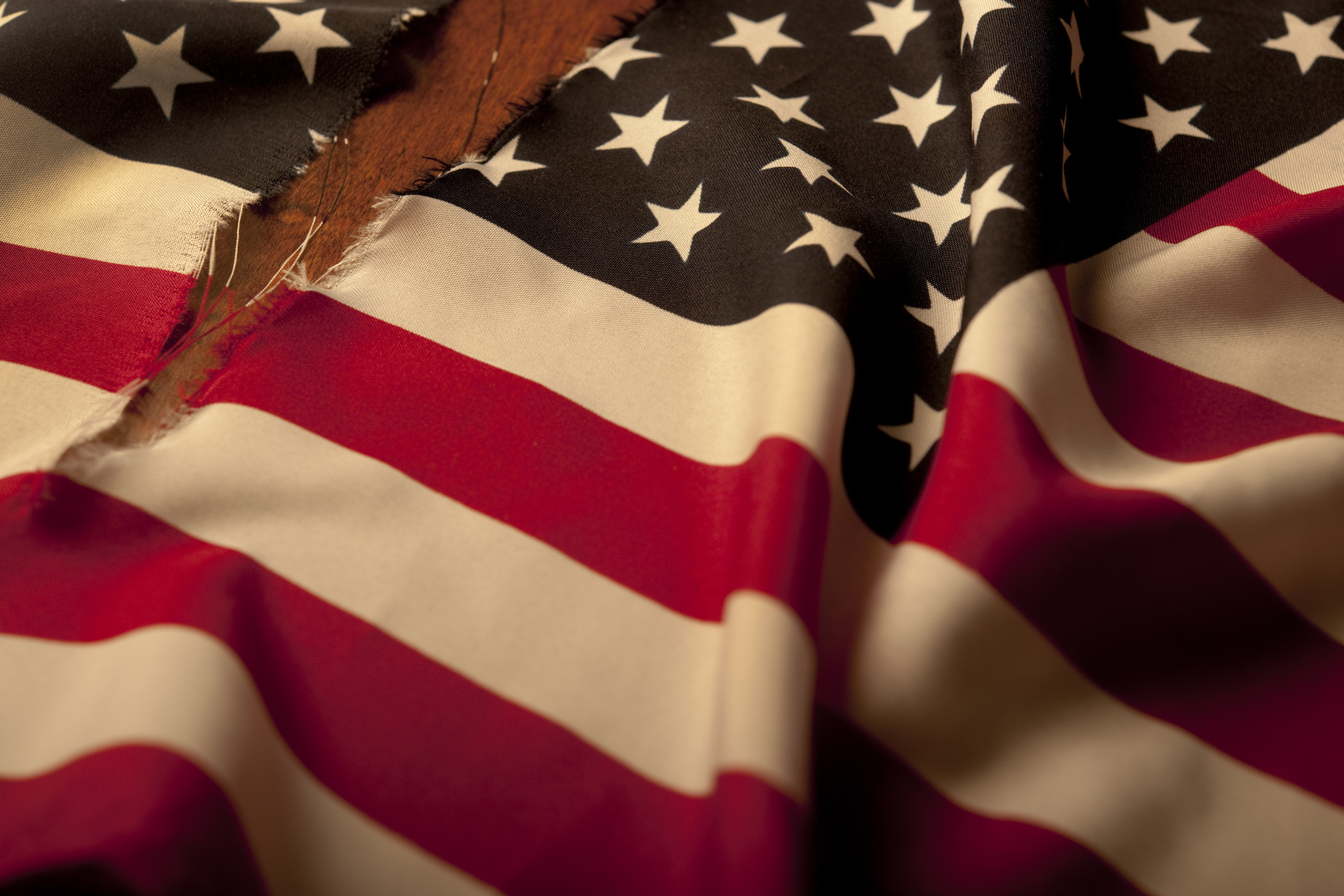 America’s fifty states are far from “united” these days. Increasingly acerbic culture warns have torn “U.S.” apart, with ideologues on both ends of the partisan spectrum invoking jealousy and fear (and preying on ignorance) in the hopes of pulling people as far away from common ground as possible.

Mainstream media gleefully exploits these divides – fomenting “red versus blue” drama and related dissension – while the substitution of connectivity for community has injected a caustic impersonality to the conversation taking place in what used to be the public square.

Respectful disagreement on legitimate policy grounds? This has become a relic of another time … as is respect for those who hold views which differ from our own.

Today, belief has become a zero sum game for many Americans … and yet, ironically, also a moving target. Ask yourself honestly: How often have you withheld judgement on a particular news item pending identification of the race, religion, partisan identification or ideological orientation of the individual(s) up for discussion? Waiting to either vent your spleen or display forgiveness and compassion based on whether the focus of the attention was a member of your tribe?

How often do we dial back our understanding – or ramp up our outrage – based on the extent to which someone looks or thinks like us? I won’t lie: I have done it before. I suspect you may have done it before, too. And I would wager there are those among who not only do it, but know of no other way to process the news.

After all, it’s easier than having to think for oneself …

Seriously, though: When did right and wrong become conditional on whether someone is on our “team?” When did “justice” decide to remove her blindfold and peek at a person’s wealth, power or political connections?

Why do so many of us keep forgetting we are eternally bound by moral absolutes which transcend petty surface distinctions? Whether we are aware of (or acknowledge) these absolutes or not?

While you ponder those thoughts, there was an interesting piece in City Journal over the weekend by Steven Malanga, the publication’ senior editor. I believe the column is worth digging into as it relates to the manifestation of these divisions in our nation.

Malanga’s column explored the extent to which America’s fifty states – once hailed as “laboratories of democracy” – have lately become the playgrounds of partisan mad scientists seeking to appease their ideological bases by concocting all manner of novel commerce restrictions.

Sound familiar? I live in a city where the nationalization of local politics has gotten absolutely out of control lately. Perhaps you do, too?

Entitled “The New Secession Movement,” Malanga delves into “the increasing number of state and local officials enacting laws and policies that ban travel and restrict commerce with other American places with governments they object to.”

“In everything from tax policy to travel to contracting rules, a secession movement within the states has been building for years,” Malanga noted, adding that “once states and cities embark on these kinds of prohibitions, there’s nothing to stop them from spreading. And they have.”

Not surprisingly, California is an arch-offender. The Golden State currently bans “government-financed travel in 18 other U.S. states containing 116 million people – including both Carolinas, both Dakotas, Texas, and Florida.” To be clear: California is not restricting its citizens from traveling and doing business in these states – yet. This refers only to government-subsidized travel.

However, “Covid-related state travel restrictions have raised tensions,” Malanga noted, pointing out that travel bans “ostensibly based on infection levels in other places … were often arbitrary, with politically aligned neighboring states like New Jersey, New York, and Connecticut allowing travel and commerce with one another despite high infection rates.”

Wait … are these laws legal? Doesn’t Article I, Section 8 of the U.S. Constitution empower the federal government to “regulate Commerce with foreign Nations, and among the several States?”

Yes, but as Malanga noted “courts have recognized the right of states to impose bans during emergencies.” Also, both the U.S. congress and the supreme court have repeatedly declined to intervene in cases involving state-to-state taxation – a glaring omission in the age of remote work, cloud computing and online shopping.

“This inaction has effectively handed states a potent weapon at a time when officials see differences of opinion on issues like immigration or civil rights as grounds for intra-state war,” Malanga noted.

According to Malanga, these intra-state battles run deeper than the prevailing discord between supporters of current U.S. president Joe Biden and his predecessor, Donald Trump.

“It’s tempting these days to see a secessionist movement coming out of the sharp divide between Trump and Biden supporters,” Malanga wrote. “But long before Trump ran for office, back when Biden was a grandfatherly senator and later vice president, state officials began acting as if their colleagues in other states were the moral equivalent of leaders of rogue nations. The end of policy debates and the beginning of bans, restrictions on commerce, and punitive actions against American states and localities – these trends have played a major role in fueling secessionist sentiment.”

Indeed, a new poll from the University of Virginia’s Center for Politics and Project Home Fire found that an estimated 41 percent of Biden voters and 52 percent of Trump voters “agree that it’s time to split the country, favoring blue/ red states seceding from the union.” One-in-four Trump voters and nearly one-in-five Biden votes “agree strongly” with the idea of splitting the nation in two.

“Majorities – often large majorities – of both Biden and Trump voters express some form of distrust for voters, elected officials, and media sources they associate with the other side,” the poll found. “That includes about three-quarters of both Biden and Trump voters expressing support for censoring extreme media on the left (Trump voters) or right (Biden voters), as well as more than three-quarters of each side’s voters believing elected officials from the other side represent a clear and present danger to American democracy.”

Under such circumstances, is there hope for American democracy moving forward?

Or are we about to see this Republic – still in its infancy when compared to other historic empires – split in two?