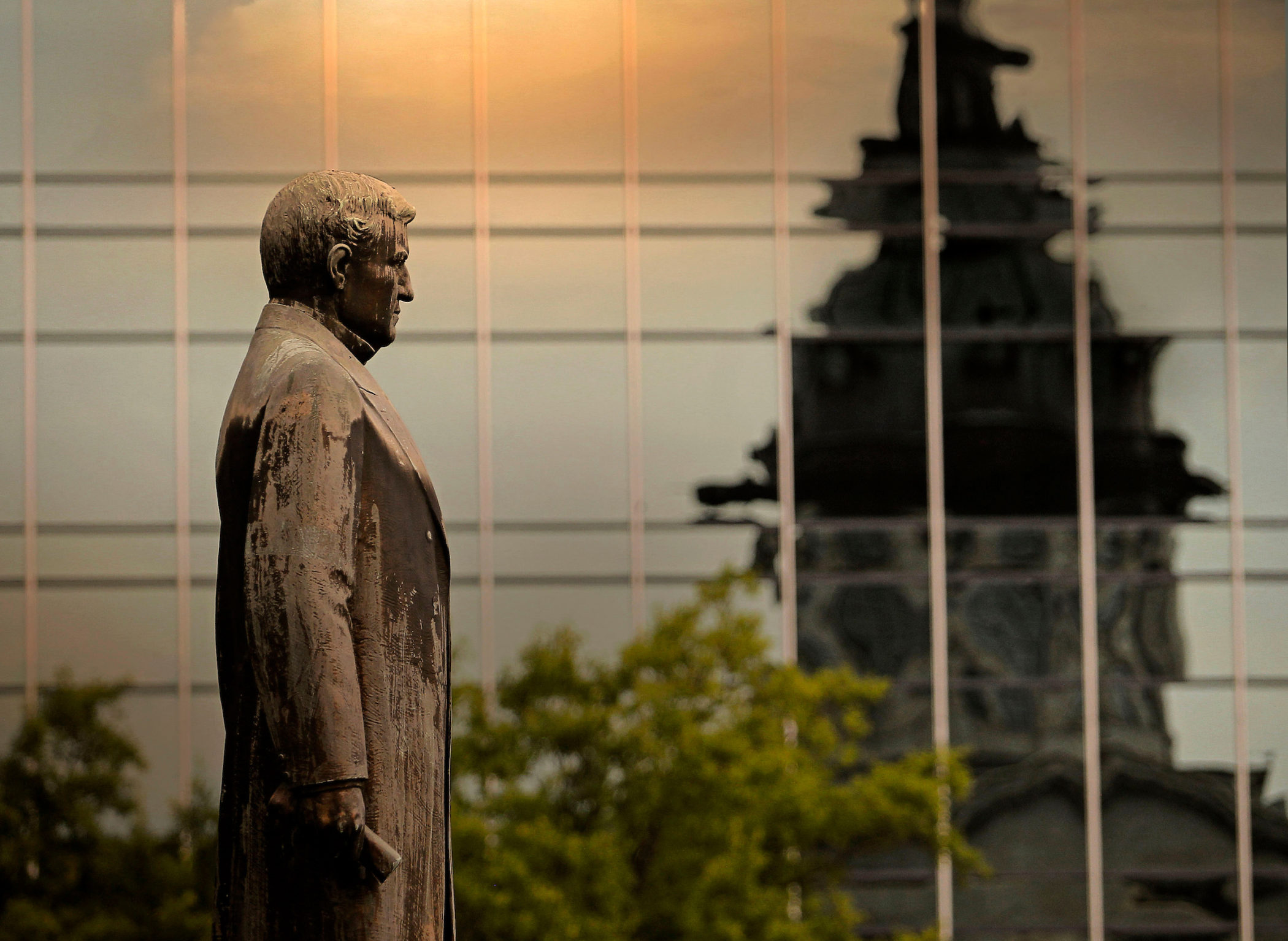 The South Carolina supreme court has issued its long-awaited ruling on South Carolina’s so-called “Heritage Act,” concluding (as expected) that the state has the authority to determine the disposition of various historical markers, monuments and other designations across the Palmetto State. However, a provision of the 2000 law requiring a supermajority of the legislature to remove or modify such markers was struck down.

“We find unconstitutional the procedural provision in subsection purporting to restrict the General Assembly’s legislative power by imposing a supermajority voting requirement to amend or repeal (the law),” the court ruled. “We find no constitutional violation in the substantive provisions … preventing the relocation, removal, renaming, or rededication of monuments, memorials, streets, bridges, parks, or other structures.”

The unanimous opinion was authored by justice John Few.

The ruling conforms with an opinion issued last June by the office of S.C. attorney general Alan Wilson. It also conforms with this news outlet’s own analysis of the law, also published last June.

“The Heritage Act is constitutional,” S.C. solicitor general Bob Cook wrote in the opinion (.pdf). “The General Assembly possesses paramount authority over public property, public places or public areas of the State and its political subdivisions, and thus may protect monuments and memorials dedicated to past wars or to honor its citizens as it deems appropriate.”

However, Cook noted that the two-thirds “supermajority” requirement of the act was unconstitutional and would likely be struck down by the courts.

Which it now has been …

“One legislature cannot bind another by statute (only by a constitutional provision is a legislature bound),” Cook wrote. “Thus, under this principle of law, should the General Assembly decide to vote to amend or alter a protected monument, or even the Act itself, it may constitutionally do so by majority vote of each house.”

Jennifer Pinckney, widow of slain state senator Clementa Pinckney, filed a lawsuit last July seeking an injunction against the enforcement of the law, arguing that decisions regarding statues and memorials erected on county or municipal property should be up to those local governments.

Passed in 2000 as part of a bipartisan, biracial compromise that moved the Confederate flag off of the dome of the S.C. State House (and from within the House and Senate chambers), the Heritage Act holds that “any monument, marker, memorial, school, or street erected or named in honor of the Confederacy or the civil rights movement located on any municipal, county, or state property shall not be removed, changed, or renamed without the enactment of a joint resolution by a two-thirds vote of the membership of each house of the General Assembly.”

Some lawmakers have advocated for the civil disobedience of the Heritage Act in the aftermath of the killing of George Floyd in Minneapolis, Minnesota on Memorial Day – while others have argued the act itself is unconstitutional.

The law was last amended in 2015 when the Confederate flag was removed from the north lawn of the S.C. State House grounds. The flag’s removal – which this news outlet supported – came in the aftermath of the Holy City Massacre, the racially motivated murder of nine black South Carolinians (including Pinckney) by avowed white supremacist Dylann Roof.

Constitutional scholars have long argued the ’Heritage Act’ was a textbook example of a former S.C. General Assembly imposing its will on future legislatures – whose members, they argue, ought to be able to amend the law based on a simple majority of votes, not a two-thirds “supermajority.”

The court concurred – accepting the widely held presumption that current S.C. General Assemblies cannot tie the hands of future General Assemblies via statute. Only a referendum of the people amending the state constitution can do that.

As I have previously noted, the court’s ruling could prove politically problematic for governor Henry McMaster – who is likely to face a flood of monument renaming/ removal requests approved by a simple majority of lawmakers. Assuming such requests reach his desk, McMaster – whom readers will recall has a decidedly less-than-woke personal history – would be compelled to choose between his GOP base (which opposes historical sanitization) and the more moderate wing of his party (including home rule supporters who believe local governments should be allowed to make these decisions).

How will McMaster handle these hot-button issues?