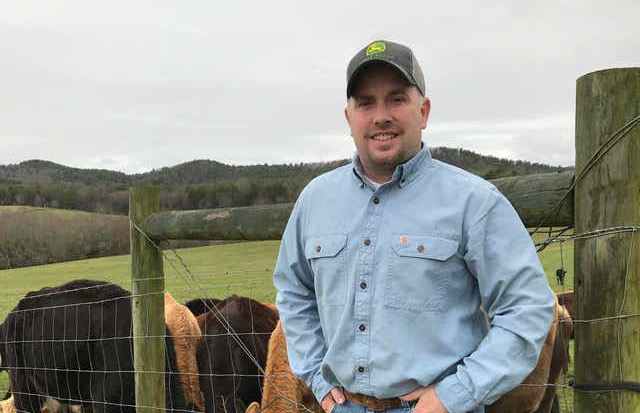 A Republican county councilman from Oconee county, South Carolina is being investigated for alleged domestic violence after his wife publicly accused him of abuse and infidelity on social media Friday afternoon.

Oconee county is located in the northwest corner of the South Carolina Upstate – bordering both North Carolina and Georgia. It is home to an estimated 81,000 people.

The allegations against Durham were first reported by Riley Morningstar of The Upstate Journal.

On Friday afternoon, Durham’s wife – Kate Durham – posted an image of bruises on her arm allegedly caused by her husband, whom she referred to as “a homewrecker, abuser, and CHEATER.”

“I don’t want to hear the name Matthew Durham again,” she wrote. “He deceived me when I married him, and he’s deceived the fine people of Oconee county.”

Durham also referenced her husband’s alleged mistress in the post.

Durham’s campaign Facebook page appears to have been taken offline, but on his campaign website he noted his “mission as a county councilman will be to serve the public with honesty and integrity.”

His “about me” page also touts his “beautiful wife Kate Robins Durham” and the couple’s two children. He also discusses how he decided to run for office only “after much prayer and discernment.”

In an interview last spring with reporter Sarah Sheridan of The Greenville News, Durham elaborated on his socially conservative views – describing himself as “a Christian, conservative, family man, and a lifetime Republican” as well as “pro-Trump, pro-life and pro-gun.”

“Having two young children, it is vital to me that they grow up in a thriving Oconee County that is aligned with solid conservative, Christian values,” Durham added.

Obviously those “values” would be decidedly at odds with the allegations leveled against him by his wife.

According to Morningstar, Oconee county sheriff Mike Crenshaw received a complaint about Durham last week and referred the matter to the S.C. State Law Enforcement Division (SLED) for investigation given Durham’s status as a sitting county councilman.

A spokesman for Duke Energy did not immediately respond to a request for comment on the situation. Should the company offer any thoughts on the matter, though, I will be sure to update this article.

Obviously, there are multiple sides to every story. And in the event Durham is criminally charged, he – like anyone else accused of committing any crime – would be considered innocent until proven guilty by our criminal justice system (or until such time as he may wish to enter some form of allocution in connection with a plea agreement with prosecutors related to any of the charges that could be filed against him). As of this writing, though, there are no charges in this case – only an investigation.

If Durham were to be indicted on a domestic violence charge, however, he would likely be suspended from office by governor Henry McMaster. In fact, earlier this year the state supreme court concurred with McMaster’s decision to suspend a sitting city councilman in Columbia, S.C. who was indicted on a second degree domestic violence charge – which the governor determined to be a crime of “moral turpitude” on the basis of an opinion from S.C. attorney general Alan Wilson.

Stay tuned … this news outlet will keep close tabs on this case as it continues to unfold.

The Truth About That Horseshoe Crab ‘Holocaust’