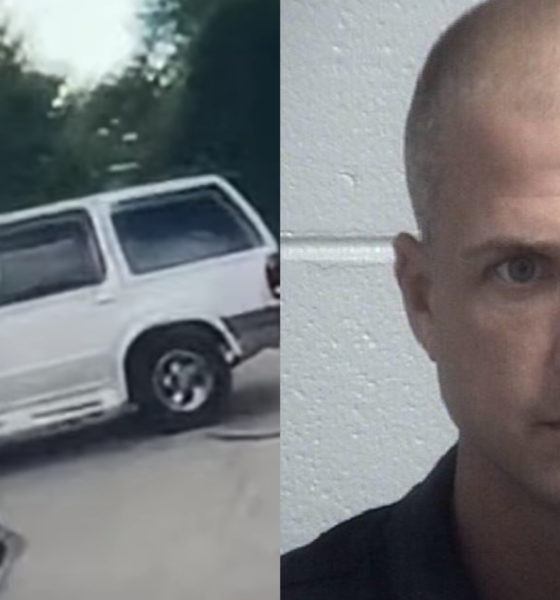 The officer lost his job…

A former Orangeburg, South Carolina police officer has been charged with assault after he stomped on a disabled 58-year-old man.

David Lance Dukes, 38, was charged with first-degree assault and battery in the July 26 incident, according to the South Carolina Law Enforcement Division (SLED).

On July 26, Dukes responded to 741 Colleton Street after someone called police about a person with a gun, according to the Times and Democrat, who first reported on this story. Dukes then he ordered the man — 58-year-old Clarence Gailyard — to the ground. Gailyard was not armed.

Dukes then approached Gailyard “who was in a defenseless position on his hands and knees” when Dukes “forcefully” stomped on Gailyard’s head/ neck area, according to the arrest warrant.

“The force of the blow caused the victim’s head to strike the concrete,” the arrest warrant said.

Gailyard suffered a contusion to his forehead and was transported to the hospital.

Attorney Justin Bamberg is representing Gailyard in the case.

“Mr. Clarence (Gailyard) is disabled, had done absolutely noting wrong, was complying, unarmed, defenseless, and did not deserve to be stomped on as though he was a fire that needed to be put out,” Bamberg said. “He had nothing to do with the police even being called out in the first place.”

Bamberg released a video of the incident on Tuesday.

At a press conference Friday, city of Orangeburg officials announced that Dukes was terminated from the police department, the Times and Democrat reported.

Dukes faces up to 10 years in prison for the assault. He was given a $10,000 bond, according to the Times and Democrat.

The Orangeburg Police asked SLED to investigate the case, which will be prosecuted by the 1st Circuit Solicitor’s Office.

“Certainly an officer sworn to protect and serve stomping on the head of an innocent man who’s only down because you told him to get down will never be acceptable in America,” Bamberg said on Facebook. “Definitely won’t be tolerated in our community.”