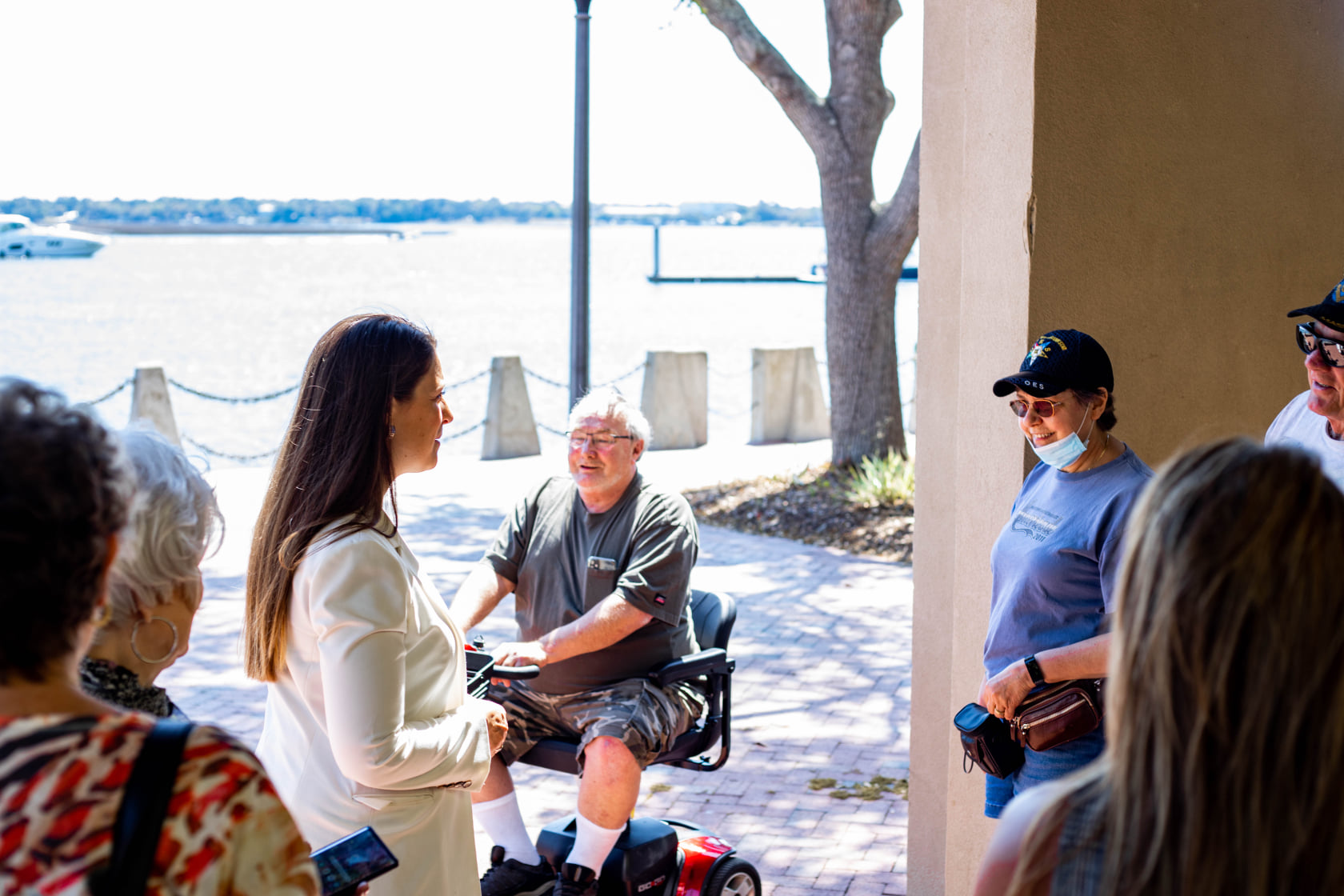 The first (but probably not the last) Republican candidate to challenge incumbent GOP congresswoman Nancy Mace in 2022 is hosting a fundraising event this weekend in Charleston, South Carolina. Unlike typical political fundraisers, though, this event is built around several themes – and its proceeds will benefit more than one political candidate.

Lynz Piper-Loomis, who announced her candidacy for the Palmetto State’s first congressional district against Mace back in May, is cohosting the fundraiser with Mark Finchem – a state representative from Arizona who is running for secretary of state.

According to a media advisory for the event, Piper-Loomis (whose first name is pronounced “LIN-zee”) connected with Finchem “on a recent investigative trip by Piper-Loomis to the Mexican border in Nogales, Arizona.”

“There she encountered the horrendous journey that illegal immigrant women, children, and men are presently enduring due to the attractiveness of the open border to the Mexican cartel and human traffickers,” the advisory noted.

Piper-Loomis also paid a visit to the Arizona ballot audit, where she observed a GOP-led effort to verify the results of the 2020 presidential election in the Grand Canyon State – which U.S. president Joe Biden is purported to have won over Donald Trump by a narrow 10,457 votes (out of more than 3.3 million ballots cast), according to official results.

After that visit, she and Finchem (above) collaborated “on strategies for increased ballot security and transparency to ensure election integrity,” according to the advisory.

“Representative Finchem plans to disclose those strategies at the fundraiser,” the advisory continued.

Piper-Loomis is a devout Trump supporter and staunch opponent of big government. As my news outlet noted in its initial treatment of her candidacy, she is a caregiver to her husband – a veteran who was wounded while fighting overseas in the Middle East. In 2019, she was selected to represent the Elizabeth Dole Foundation – an organization which works “with leaders in the public, private, nonprofit and faith communities to recognize military caregivers’ service and promote their well-being.”


As of this writing, Piper-Loomis is the only announced GOP challenger to Mace … but that could change soon.

Mace defeated incumbent Democrat Joe Cunningham last fall to reclaim a seat the GOP had previously held from 1981-2019. As I noted in a recent column, however, Mace’s positioning with GOP primary voters has become precarious of late given her inconsistent support for Trump – who continues to enjoy monolithic support among the Palmetto State’s Republican establishment.

Can Piper-Loomis capitalize on this vulnerability? And if not her … then who?

Filing for partisan primary offices opens in March 2022. By then, we should have a much clearer sense of this race – and the extent to which Trump may become involved against the “Republican” incumbent.

In the meantime, credit Piper-Loomis for coming up with an innovative, issues-based way to raise money and awareness for her candidacy.