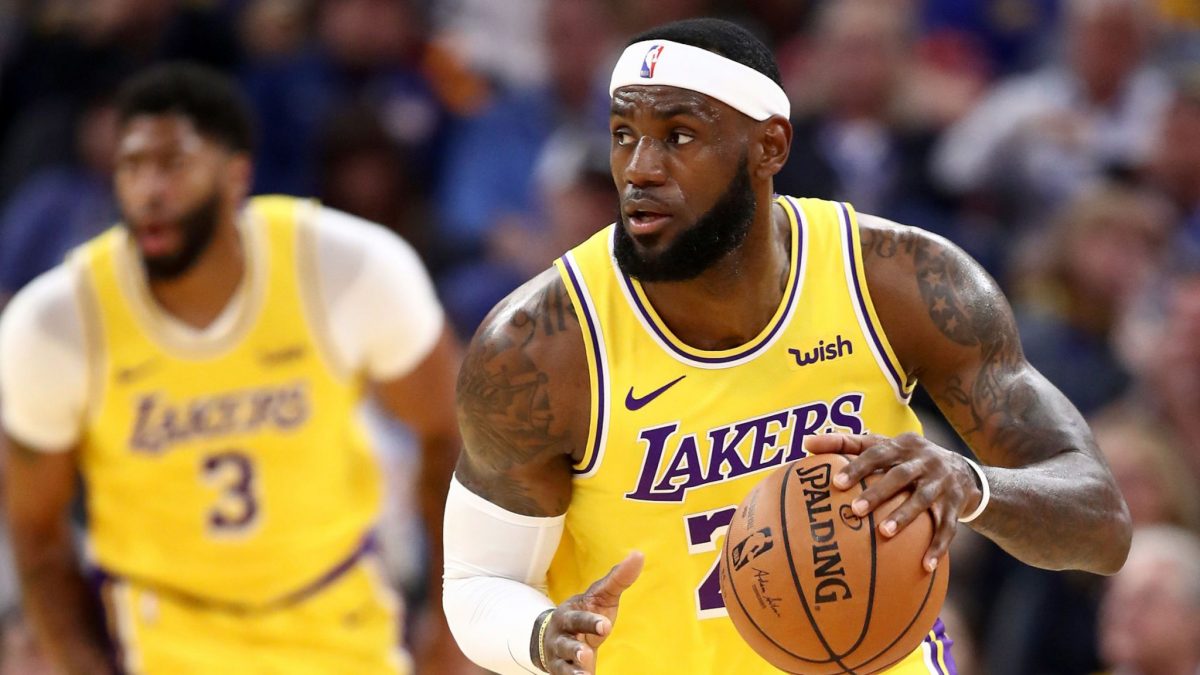 A few years ago, my news outlet extensively covered the culture wars surrounding the National Football League (NFL). These battles led to plummeting ratings for the league, and while it has regained some of its lost audience the numbers from last year showed a 10 percent dip from the previous year.

According to Rick Porter of The Hollywood Reporter, “across all of the NFL’s broadcast partners – CBS, ESPN, Fox, NBC and the league-owned NFL Network – games averaged about 14.9 million viewers, (versus) 16.5 million from a year ago per a Hollywood Reporter review of Nielsen ratings.”

Even worse, league ratings remain 20.3 percent below 2015 levels … which was the season before former NFL quarterback Colin Kaepernick initiated a wave of player protests by taking a knee during the playing of America’s national anthem prior to a 2016 preseason game.

“The media yelled ‘Bubble!’ last season as the NBA’s rating tanked to lows you had to blink twice to believe,” Burack wrote. “Fine, let’s take last year out and compare this year to 2019. Are you sure that’s what you want? To forget last year’s numbers? Outkick has learned that since 2019, NBA broadcasts on ABC, ESPN (and) TNT are down 25 percent. Gone. Have not returned.”

According to Burack, who also cited Nielsen data, TNT’s slate of NBA games declined by 19 percent compared to 2019 (from 1.5 million to 1.2 million viewers per game) while ESPN’s offerings dipped by 26 percent (from 1.6 million to less than 1.2 million viewers per game). And before anyone blames “cord-cutting,” the league’s lone broadcast partner ABC has seen its ratings collapse by 25 percent since 2019 (from 3.61 million to 2.67 million).

“That’s a new all-time low,” Burack noted, citing a whopping 45 percent decline in NBA viewership on ABC over the past decade.

A separate report from Anthony Crupi of Sportico dug even deeper into the data and found a troubling development related to the league’s core target demographic.

“The NBA’s shrinking broadcast audience coincides with an even more vertiginous drop-off among the members of the core target demo,” Crupi noted. “Two years ago, ABC’s NBA coverage averaged 1.47 million adults 18-49 per game, a turnout that shrunk to 1.16 million in 2019-20 and fell all the way to 993,000 fans in the under-50 set this season. In other words, nearly one-third (32 percent) of ABC’s dollar demo has wandered off in the course of two years.”

What is driving this “vertiginous drop-off?” According to Burack, the league’s top drawing star – 36-year-old Los Angeles Lakers’ forward LeBron James – is a big part of its problem.

“Each year that LeBron James waves a middle finger at half the country, viewers respond by turning the channel at a rate higher than the previous year,” Burack noted.

Indeed, James sparked a flood of controversy earlier this year when he tweeted “you’re next” to Columbus, Ohio police officer Nicholas Reardon, who fatally shot 16-year-old Ma’Khia Bryant as she wielded a knife and appeared on the verge of stabbing another black female during an altercation outside of an Ohio foster home.

Police had been dispatched to the home previously because Bryant’s sister called them and warned she was “trying to stab us.”

(Via: Columbus Division of Police)

To be clear: There have been plenty of unjustified uses of deadly police force against black suspects, most notably the killing of George Floyd in Minneapolis, Minnesota last Memorial Day.

But this? This does not remotely strike me as an example of that … if anything, it is the opposite.

James eventually deleted his tweet targeting officer Reardon – but did not apologize for it. In fact, he blamed those who responded to it – saying his words had been “used to create more hate.”

Former U.S. president Donald Trump – who repeatedly sparred with NFL leaders during his time in office – issued a statement condemning James and trolling the NBA for its anemic viewership.

“LeBron James should focus on basketball rather than presiding over the destruction of the NBA, which has just recorded the lowest television RATINGS, by far, in the long and distinguished history of the league,” Trump said. “His RACIST rants are divisive, nasty, insulting, and demeaning. He may be a great basketball player, but he is doing nothing to bring our country together!”

Whatever your politics, the ongoing politicization of sports – including our national pastime – is clearly a recipe for alienating broad swaths of fans. Just ask Hollywood, which is also learning this lesson the hard way.

Or rather, not learning …

As I noted in a recent column, the sports world “cannot belong to all of us (or any of us, really) if it is intent on shamelessly virtue signaling to one segment of the electorate based on the latest politically correct maxim the liberal establishment is dictating.” And to be fair, the same goes for right-wing propaganda – to the extent that institutionally exists anymore in our “climate-controlled” society.

As I have said many times, people turn to sports and Hollywood to escape politics … not be bombarded by it.

You Think The University Of South Carolina Is A Disaster Now? Wait Until Football Season