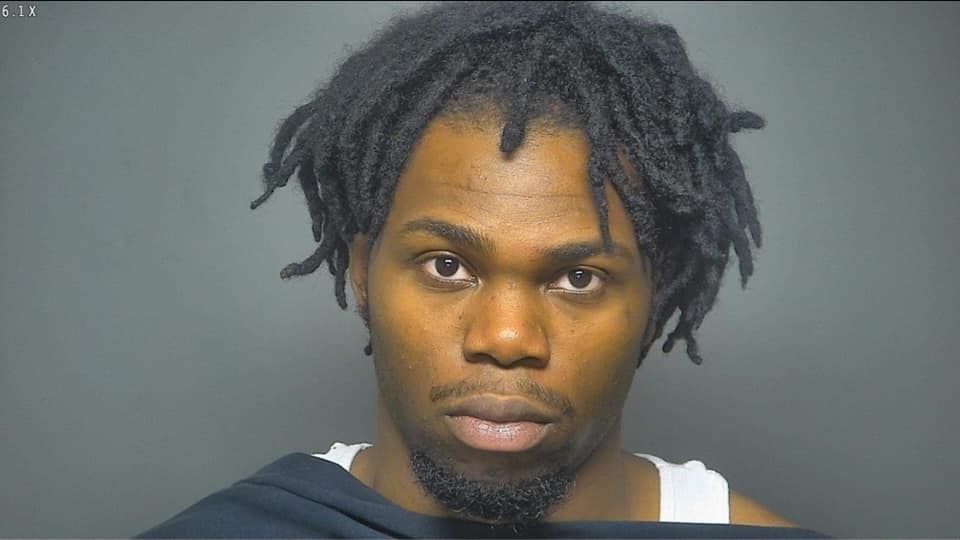 Police in Richburg, South Carolina are still searching for an armed and dangerous man who shot at law enforcement officers Monday and fled the scene, according to the Chester County Sheriff’s Office.

Tyler Donnet Terry is wanted on two counts of attempted murder for the incident Monday night, according to Chester County officials.

On Wednesday, the York Police Department obtained additional arrest warrants on Terry for murder and weapon possession during a violent crime in connection to the May 2 homicide of Thomas Durell Hardin on Lowery Row in York.

According to the York Police department, investigators have “credible evidence linking Terry to the murder.”


York Police also obtained warrants on Terry for attempted murder, weapon possession, first-degree burglary, and injury to property for other shootings in York on May 2.

“In addition to the fugitive search, we are conducting numerous investigations tying this subject to other serious criminal activity,” Chester County Sheriff’s Office officials said Wednesday. “We want the public to be well aware of the seriousness of the situation and give more perspective of how dangerous Terry is.”

For most of Tuesday, officials were searching for Terry along Highway 9 in Richburg, South Carolina — close to Lewisville High School.

“He is to be considered armed and extremely dangerous,” Chester County Sheriff’s Office officials said. “Any residents in the area need to lock their doors and stay inside.”

Lewisville schools held classes online Tuesday due to the safety threat, according to the Chester County School District.

On Wednesday, Lewisville schools were in “lockout” mode, meaning that students and staff must stay inside during the school day.

Law enforcement officials have been searching for Terry since Monday evening.

“The driver proceeded to evade law enforcement and led deputies on lengthy chase during which gunfire was exchanged,” the South Carolina Law Enforcement Division (SLED) said. “Multiple law enforcement vehicles were struck by the subject’s gunfire.”


During the chase, Terry crashed his vehicle and fled from the scene into a wooded area, according to police.

A female passenger in Terry’s vehicle was taken into custody, according to SLED.

One deputy suffered minor injuries from the incident, according to SLED.

“Residents are asked to lock their doors and call 911 if they see any suspicious activity in their area,” the Chester County Sheriff’s Office said.

Terry was arrested in May of last year for first-degree domestic violence in Chester County. He posted a $20,000 bond and was released in August.

SLED will investigate the officer-involved shooting in Chester County, which was the 15th police shooting in South Carolina this year.

This is the second officer-involved shooting involving the Chester County Sheriff’s Office in 2021.

In January, Tre-Kedrian Tyquan White, fired shots at deputies and fled the scene, leading police on a chase into Chester County, according to the Chester County Sheriff’s Office.

The chase went on for more than 40 miles.

South Carolina saw a record-tying 49 officer-involved shootings in 2020, according to SLED. That matches the mark set in 2017 – and continues a troubling escalation of this metric.

Last year, Chester County had one officer-involved shooting in November, when shots were fired during a confrontation on High Tower Road in Fort Lawn. There were no injuries in that incident.