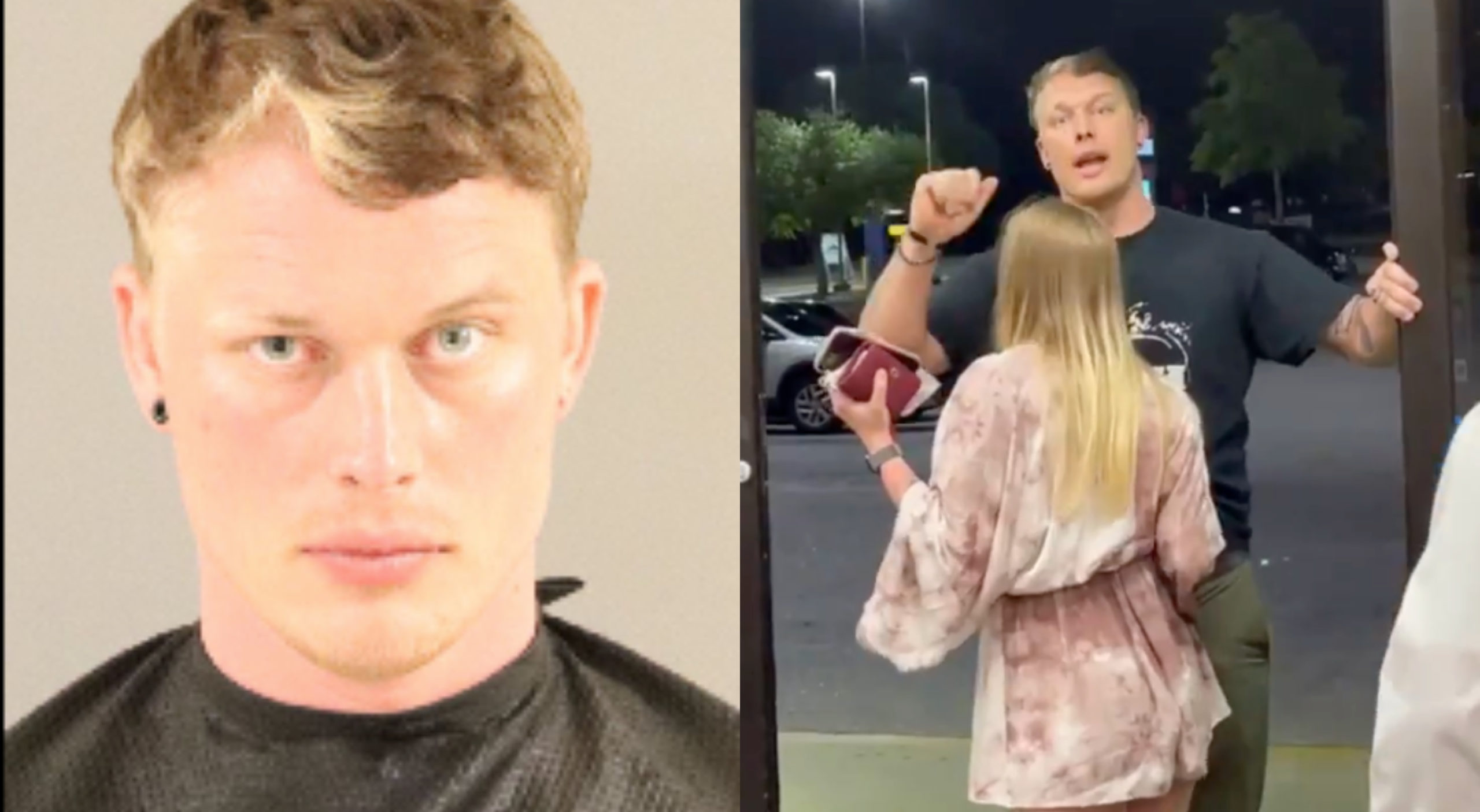 John Walter Miles, 27, was charged with aggravated breach of peace and trespassing. He was booked at the Sumter County Detention Center on April 16.

The video in the incident went viral this week, which apparently prompted the police to issue a press release on the incident.


Miles was shopping with his girlfriend at the Food Lion on Wedgefield Road on April 9 when he became irate because the the clerk refused to sell them alcohol, according to a news release issued Thursday by the Sumter Police Department.

Miles refused to leave and called a Food Lion employee a racist slur, according to WBTV. He was then escorted from the store.

A viral video (below) of Miles being escorted from the store has more than 50,000 views on Twitter.

In the video, a woman who appears to be Miles girlfriend tries to end his tirade by telling him to leave and pushing him away. Several times, he grabs his girlfriend’s arm aggressively.

“You black f*cks are the most racist motherf*ckers,” he said, apparently yelling at a black person filming. “Guess what? I got a god damn black kid in god damn Georgia. I’m not a racist.”

Miles continued ranting. According to the Sumter Item, police claimed that Miles was drunk in the incident report.

Judge Gordon set Miles’ bond at $15,465 for the two charges. On April 19, Miles posted bond and was placed on house arrest, according to the Sumter County jail log. His next court date is May 17.

Sumter Police said Thursday they are still investigating the incident.

According to his social media account, Miles was a drill sergeant in the U.S. Army, but the Fort Jackson Commanding General Account confirmed he is no longer in the Army.

This is the second time in two weeks a military member has been accused of racist acts in South Carolina.

Last week, Sgt. Jonathan Pentland, a Fort Jackson soldier, was charged with 3rd-degree assault and battery after he was captured in a viral video harassing a black man in the Summit neighborhood.

Sumter, South Carolina, located about an hour east of Columbia, has a population of around 40,000.

Woke U: South Carolina Seeks To Rewrite Courses Currently Geared Toward ‘A Lot Of White Males’