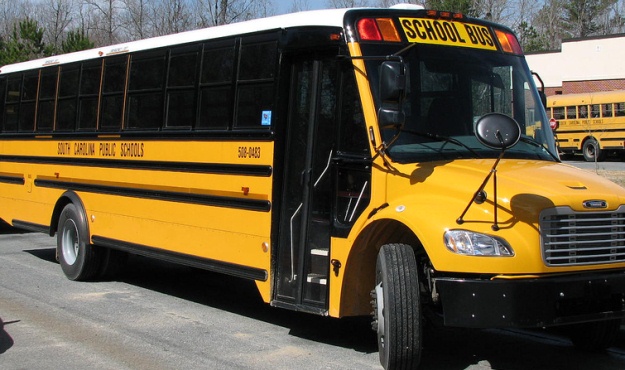 South Carolina runs the nation’s worst K-12 school system – and is the only state in the South that hasn’t authorized some form of private parental choice.

This monolithic, monopolistic government-run system – which continues to produce declining results (despite massive increases in funding) – is also the only government-run education establishment that operates its own school bus fleet.

And yeah … the results there have been every bit as disastrous.

Where are we going with all this? Well, top-down central planners in the S.C. General Assembly – “Republicans” who have repeatedly rejected parental choice reforms that would raise academic achievement and rescue tens of thousands of students from failing government schools – are at long last embracing the free market.

Sort of. According to the Associated Press, the left-leaning South Carolina Senate has authorized school districts across the state to start selling ads on district-owned buses. For now, the policy would be limited to activity buses – which transport students on field trips and to/ from sporting events – but you can see where this debate is headed.

What a sad commentary …

Anyway, when this proposal goes back to the S.C. House we hope lawmakers will either scrap it entirely or insist that every dollar it raises be appropriated to education tax credits for South Carolina parents.